The Bollywood Boyz Talk Their Relationship With Vince McMahon, If Vince Was Ever At NXT 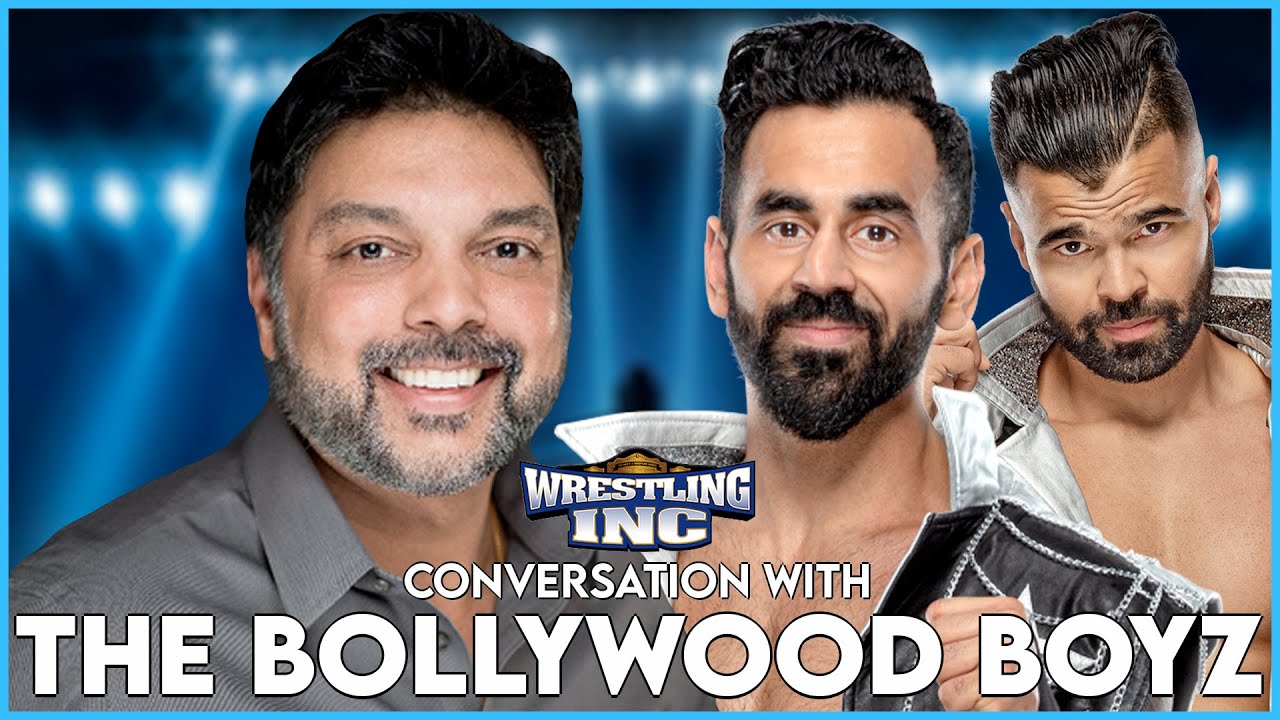 Earlier this summer, the cruiserweight tag team known as the Bollywood Boyz were released from WWE. The brother duo of Gurv and Harv Sihra competed in the inagural Cruiserweight Classic, managed Jinder Mahal during his WWE Title run, and captured the 24/7 Championship on nine combined occasions.

Aside from their tenure on SmackDown, the former Singh Brothers regularly found themselves on NXT and 205 Live, programs that often get overlooked by main roster management. Speaking with Wrestling Inc. President Raj Giri on the Wrestling Inc. Daily, the two detailed their relationship with Vince McMahon.

“We would mostly see him in gorilla position after we would do our segment and get the thumbs up from the boss,” Gurv said. “Sometimes not being called over is a good thing. Anything you can just walk back and get the thumbs up, no news is good news. Just go about your business. Our interactions were very limited, but when we did talk to him they were all very positive. He’s a busy man, you can only make time for so many.”

While the two did not have many interactions with Vince, the same cannot be said for Triple H.

“When we got signed, it was under his eye,” Gurv said. “He was always giving feedback whenever possible. I remember after the India show [he was] shaking hands with us and saying thank you for the work, saying how we’ve all waited a long time for a show like this. It was many years in the making. Especially going back to the India show in January, they put a lot of hard work into that and producing that show and making it happen. Who knows what the plans are for more like that as far as the future goes, but having the boss pat you on the back after a main event match [was special].”

When asked if Vince was ever present during NXT tapings or Takeovers, Harv simply noted that he was “never” at NXT when they were there.

Speaking further on the Superstar Spectacle, the WWE event that aired for India’s Republic Day, Gurv mentioned that the show has a special place in his heart.

“That [show had] one of the best cold opens I’ve ever seen,” Gurv said. “It gave us goosebumps and flashbacks to our parents and everything they worked for in India because they were immigrants. They moved here in the 70s. Our father’s story about immigrating here and driving a bus or our mom being a retailer worker, it’s that old school work hard mentality. For us, the India show was more for them than it was for us. That’s why I think when Hunter said, ‘Hey, you guys have waited a long time for this,’ it’s like, ‘Here, mom and dad, this one’s for you.'”

The brothers have very proud parents, which resulted in both their mom and dad taking the news of their release the hardest.

“Even our release, I think our parents took it the hardest because they know how hard we worked to get to where we were,” Gurv said. “We had to remind them a few times to not worry, things are going to be just fine. Nobody was prouder than our dad to tell other people, ‘Hey, you know our sons work for WWE?'”

The two found success on WWE’s main roster as the managerial duo behind Jinder Mahal. After their run together on SmackDown in 2017, the three went their separate ways, with the brothers returning to the cruiserweight division.

While many would expect the two to be working to get back to the main roster, the brothers had a different goal in mind.

“We were talking to the higher-ups in NXT about, ‘Hey, what about sending us to the UK. We would love to go on NXT UK,'” Gurv said. “The UK has such a big population down there too. We were just hoping, to my brother’s point, for NXT or NXT UK. We wanted to fit wherever we can.”

Rather than asking the top brass for a move, the brothers were set on showing why they were worthy of it.

“Putting out social media videos, you know, whatever it took,” Harv said. “It’s crazy, like you’re part of WWE but you’re still trying to get noticed. Hard work never stops. Unless you get picked or chosen, you’re showing up to TV [tapings] every week and you got to be on your A-game. You got to pitch something, film something, or, ‘Okay, I got a 15-minute match, let me try to do something that’s unique or different this time around.'”