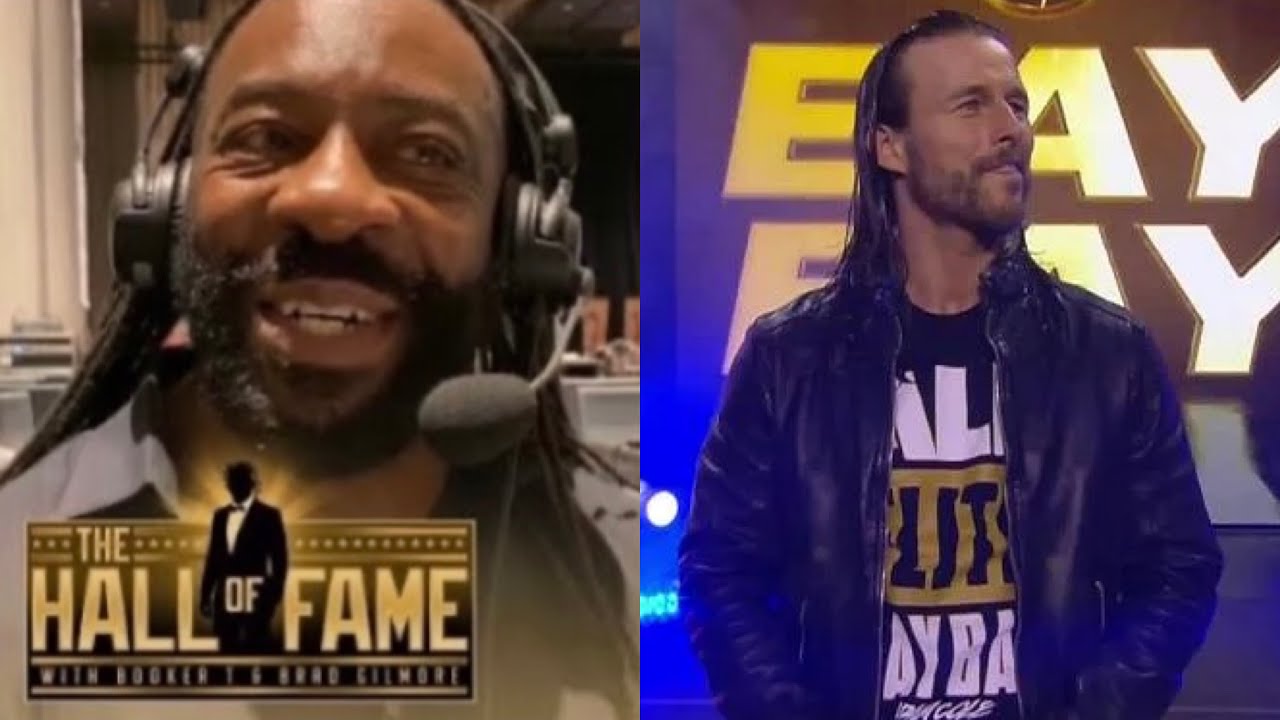 At last weekend’s AEW All Out, Adam Cole made his debut for AEW aligning with The Elite stable in the main event. After Cole appeared, Bryan Danielson shocked the wrestling world as he made his first appearance for AEW, later challenging Kenny Omega to a match on this past week’s AEW Dynamite.

WWE Hall of Famer, Booker T, spoke about Adam Cole signing with AEW on the latest episode of The Hall of Fame Podcast, and revealed what the former NXT Champion could do to “change the whole name of the game” of wrestling. The 2x WWE Hall of Famer also spoke about why he doesn’t believe Cole will be overlooked in AEW, and how the company run by Tony Khan has done a great job of making all of their talent feel like stars.

“If Adam Cole wins the AEW World Heavyweight Championship, it will change the whole name of the game,” Booker said. “Just because he’s that guy that a lot of people don’t think should be playing that role and that position. It would show the adversity of what AEW is all about.

“I don’t think he’s going to get washed out. I think the way AEW works their talent, they’re trying to make everybody on the roster a star. I think that’s what the business has always been in the past, every wrestler in the 90s in the WWE came out of the curtain and they were a star. They brought somebody’s a** to a seat in that arena. That’s what I think AEW is trying to do, have all of their stars create as far as reaching to their fan base only.”

Since AEWs inception, many involved in the previous wrestling war, including one of the biggest names, Eric Bischoff, have downplayed AEW’s ability to compete with WWE. Fast forward to now, and the debuts of CM Punk, Daniel Bryan, Adam Cole and others, Bischoff now thinks AEW is closing the gap with WWE.

Booker T spoke about the differences in this current wrestling war, and the war Bischoff and McMahon fought in the 90s. The 2x WWE Hall of Famer mentioned how back in those days, many of WCWs key signings from WWE were older and past their prime. Whereas now, with AEW, they are signing guys in their prime and in their 30s.

“What I see different in this war than the war that went on back with WCW in the 90s is a bunch of these guys now, nowhere near past their prime or anything like that,” Booker mentioned. “All of these guys are really young guys. It’s not like a bunch of old guys coming over, taking a spot from one of the younger guys, or anything like that. When it happened back in the day, it was Hogan, Savage, Warrior, all of those guys were well into their 40s. Now guys are leaving in their 20s. That’s what is different about this war. AEW is building their roster with guys that people still want to see today.”

Previous
Video: Becky Lynch Confronts Fan Who Calls Her A Pu**y At WWE Supershow
Next
Kenny Omega On PWI 500: “Number One Could Have Easily Been Roman Reigns”