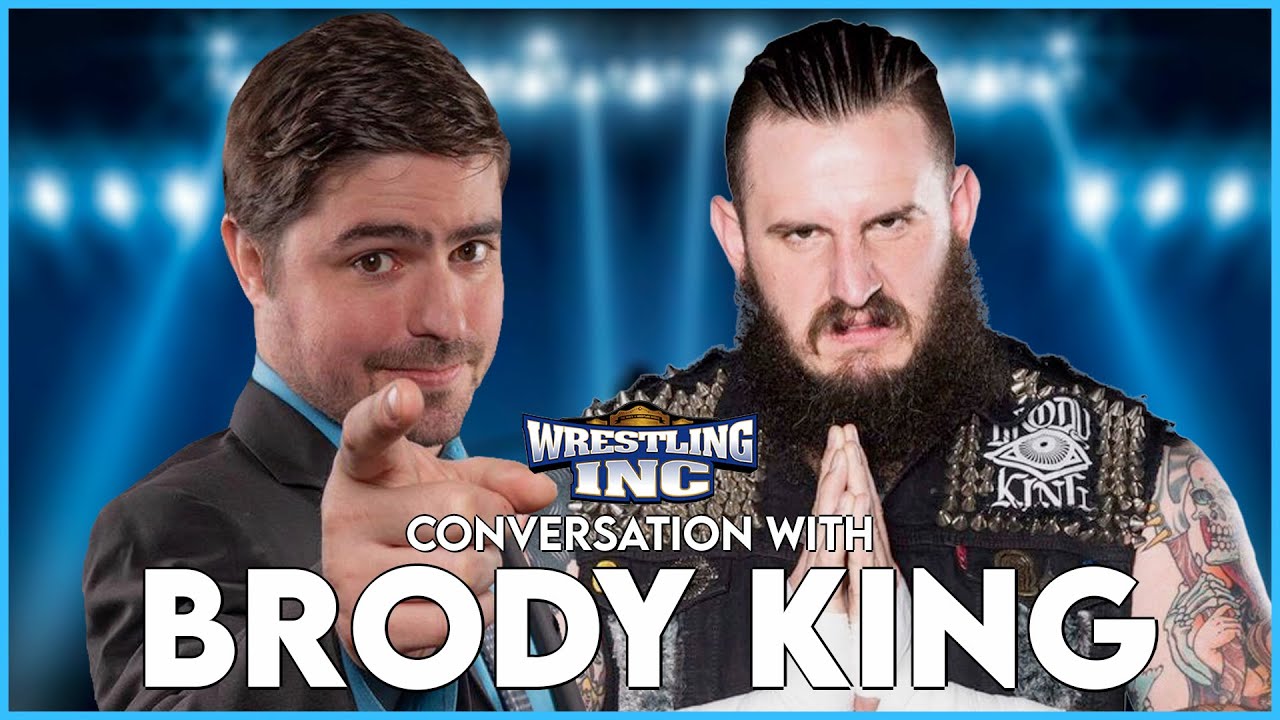 Ring of Honor star Brody King has established himself as an entertainment triple threat. The former ROH World Tag Team Champion has substituted dancing for wrestling, but he has also made waves in the singing and acting fields.

King is the lead vocalist of metal band God’s Hate, and recently made his first major acting appearance in Netflix’s I Think You Should Leave. Speaking on the latter, King told Wrestling Inc. Managing Editor Nick Hausman that his role on the sketch comedy series happened by chance.

“It was crazy. It was completely by accident, really,” King said. “My friend, Madison, he runs the suburban fight no ring matches in LA. I believe that a producer or somebody that somebody knows went to one of these shows and told somebody about it. The producers of the show hit up my friend Madison and was like, ‘Hey, do you have a big, intimidating wrestler that can do this part for the show?’ and he was like, ‘Yeah, let me hit up my friend Brody.'”

King revealed he was a fan of the series before getting cast, which made the initial call all the more exhilarating.

“I got the call, and they asked if I had ever heard of I Think You Should Leave. This was short, probably like a couple months after the first season that I’d watched a million times by then,” King said. “I was like, ‘Yeah, I love that show!’ He’s like, ‘Well, they want you to do this part. Are you interested?’ F–k yeah I’m interested!”

While the call went well, King had doubts that the appearance would ever come to fruition due to pandemic precautions.

“I sent videos of me just like, yelling at my phone and they were like, ‘Yeah, this is great! Let’s do it!'” King said. “Then the pandemic hit and it just kind of went away.”

Fortunately, a coincidence allowed the I Think You Should Leave shoot to get rolling.

“In the middle of the pandemic, my friend Madison did a music video for this band Johnny, but he asked I Think You Should Leave if they wanted to piggyback on the shoot because they’re going to have a ring and they’re going to have wrestlers and stuff like that. They were like, ‘Yeah, let’s do it,'” King said. “It just happened randomly in the middle of the pandemic. I didn’t really know who was involved or who was going to be there. It was just a director, a writer, and a producer there when I was doing the bit. To see it in its full form, having Tim Robinson in it, having Conner O’Malley and stuff like that, it was pretty awesome.”

“He was probably the last person I would ever expect to be on it,” King said. “It was like, ‘What is going on here?'”

King is focused on bringing violence back to ROH at the moment, but like many wrestlers before him, he has a desire to do more film and television.

You can watch Brody King every week on ROH TV. Visit ROHWrestling.com for more info on how to watch. You can follow Brody on Twitter @BrodyXKing.