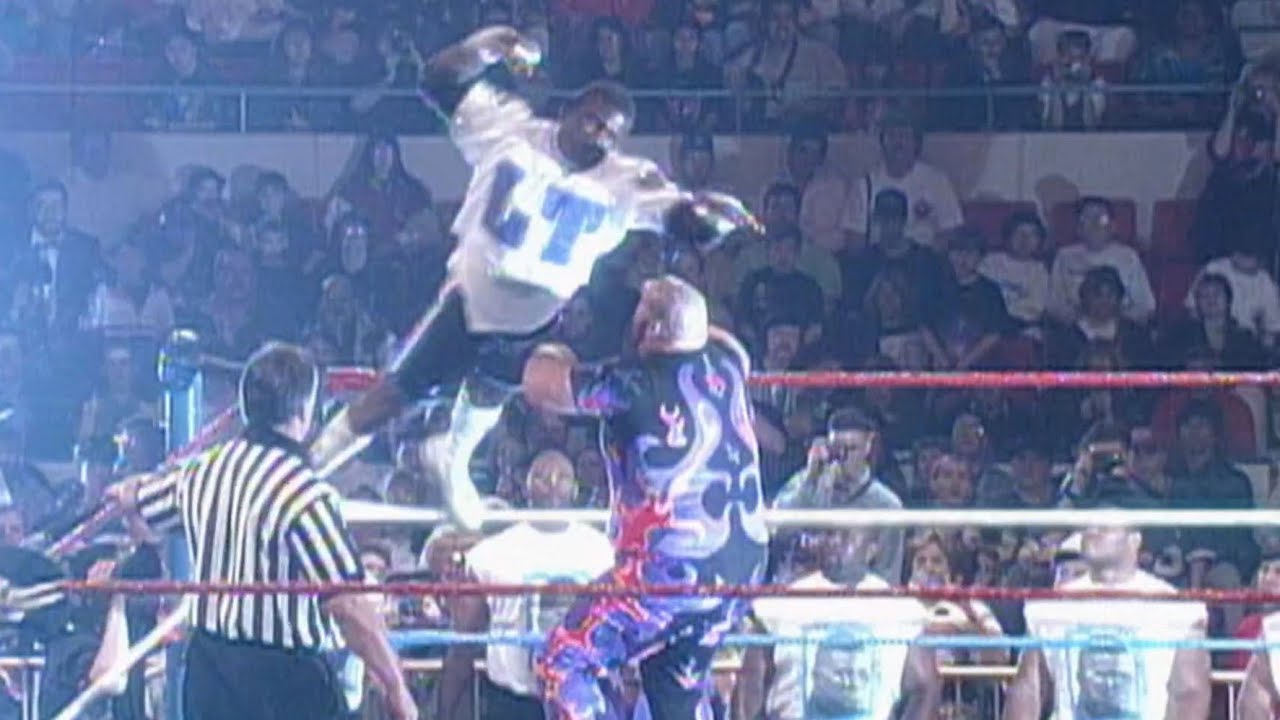 “Never the case,” Prichard said. “We pitched that if LT would like to get in the business, the door was open for him.”

While speaking about Bam Bam, Prichard mentioned The Kliq and how during the era of their dominance, Bigelow bought into the hype from the locker room that the group was running things behind the scenes. Prichard revealed that Bigelow’s frustration led to his departure from WWE in November of 1995, the same year he was in the main event of WrestleMania XI.

“I think that he was feeling and buying into the hype of, hey, the Kliq is really burying you. And he didn’t feel he had a way out,” Prichard said. “I think that was one of those where Vince and I even told him, just do your sh**, man. Go out and do your job and stop worrying about what the boys are telling you and what the boys are stirring in your head. Go out and do your sh**. He was like, ‘I just don’t think I can succeed here,’ and he wanted out. The fact that he was that uncomfortable, wanted out that bad, led to Vince saying, ‘okay, well, here you go [and gave him his release].”

Scott Hall was a special guest on the 83 Weeks Podcast where he spoke about how Shawn Michaels threw Triple H under the bus to Vince McMahon after the infamous Curtain Call in Madison Square Garden. The Kliq that night embraced in the middle of the ring as both Scott Hall and Kevin Nash were headed to WCW. WWE Hall of Fame announcer Jim Ross went deeper on the infamous Curtain Call, saying that moment propelled Stone Cold Steve Austin to become the biggest star of the Attitude Era.

Prichard continued to speak about Bam Bam and what had happened to him after main eventing WrestleMania with Lawrence Taylor, and how he didn’t believe he got lost in the shuffle.

“I don’t think he was lost in the shuffle,” Prichard said. “He was put into a place where he could’ve thrived, but I think in his own head it was not going to happen. He had already convinced himself this would never happen because ‘they’ hate me. That wasn’t the case.”

Unfortunately, after leaving the company in 1995, Bam Bam never returned to WWE, and Bigelow passed away on January 19th of 2007. Prichard revealed if the company ever reached out to him after ’95 for a comeback, and whether or not they would’ve welcomed him back.

“I don’t remember it really being discussed for Bam Bam,” Prichard mentioned. “I would say that the door would have always been open for him.”

If you use any of the quotes in this article, please credit Something to Wrestle With with a h/t to Wrestling Inc. for the transcription.