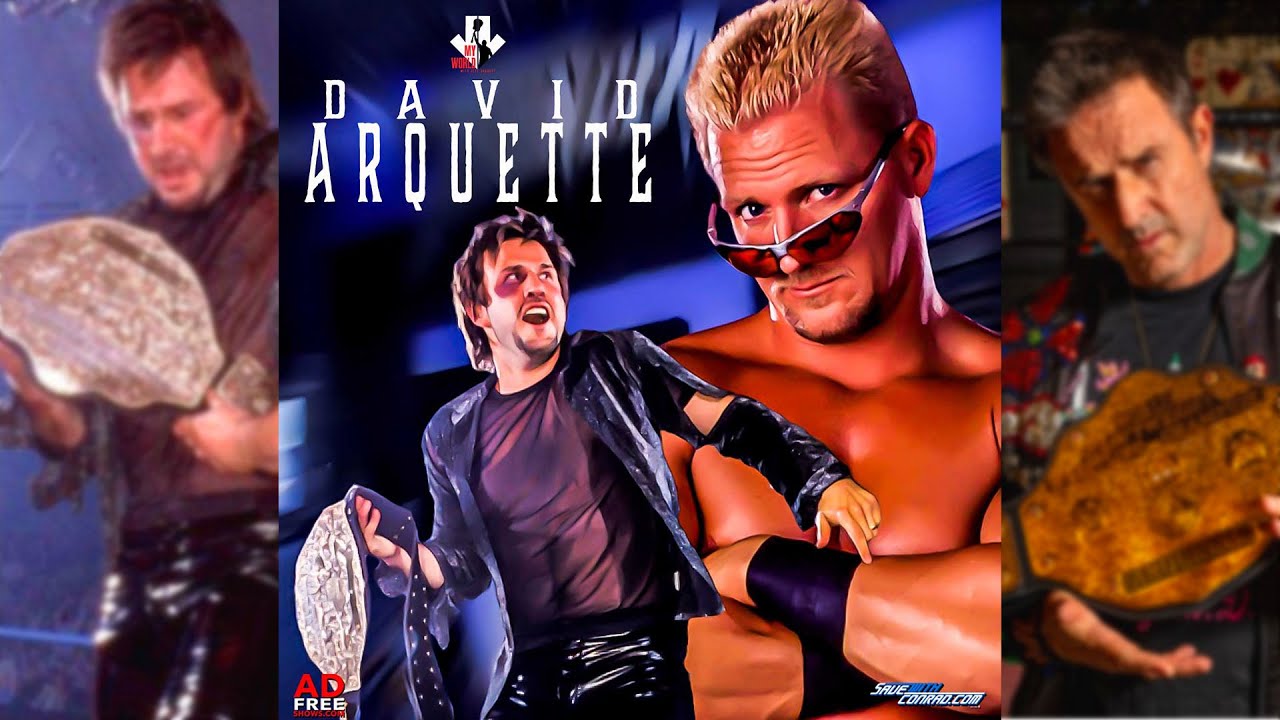 In 2000, WCW hosted a pay per view event called Slamboree, which was main evented by the Ready to Rumble Cage Match between Jeff Jarrett, Diamond Dallas Page, and WCW Champion at the time, David Arquette. Outside of featuring a famous actor as the WCW World Champion, the match was memorable for having three cages stacked on top of each other, decreasing in size as you get to the floor.

On the latest episode of the My World Podcast, Jeff Jarrett spoke about the infamous triple cage match and how he walked out that night as the new World Champion. The Founder of TNA revealed that during the walkthrough of the match, prior to the show, DDP injured himself. This actually led to the inception of DDP Yoga.

“We both knew we had our work cut out,” Jarrett said about he and his friend DDP. “The triple cage is a great concept. Dealing with this triple cage and how we were going to make sense of it and just the storyline of it with David, a non-wrestler, but the belt being hung. If you’re familiar with DDP Yoga, I’m about to tell you folks this in a lot of ways is where the origins of where DDP Yoga came from. We were walking through the match and having the discussion.

“There’s one level, two level, three levels, but there’s a hole in the cage up between the first and second level. Dallas backed up and one of his legs dropped straight through the top, so half his body went down. It really threw his hips and back and threw him out of whack, and he’s got to have a match in 24 hours. He went to work and flew in his doctor. He was coming off a back injury. DDP Yoga, I won’t say it’s the origin of it, but it’s certainly a huge step in the progression of Dallas really wanting to change how he dealt with his body. To this day, I do DDP Yoga. I’m a huge fan. I’m a big supporter of it and a big believer of it.”

Jarrett broke down the finish of the match and spoke about how the event was located in the same arena that Owen Hart had unfortunately passed away the year prior. Being Hart’s best friend at the time, Jarrett detailed that infamous night and how the PPV continued following Owen’s death. He also recalled the experience of going to the hospital to find out his friend had passed.

“Me and Dallas were both climbing each corner of the small cage on top, and Arquette had already got up there and there’s a guitar in his hand. Is he going to nail DDP or me?’ Jarrett said. “That was the story. He chose to nail Dallas, and I climbed on up. We shook hands, I grabbed the belt, and I’m the champion again. That was the finish, the storyline. I could remember getting real comfortable up there on top, and me and Dallas had a good brawl. It’s not the easiest psychology to lay out, but I was comfortable. Dallas was comfortable.

“We laid out the best match possible. We were instructed that Kanyon had to take the bump off the top. To jump right into it. Owen fell the year before. I didn’t really, at the time, certainly go there or connect the dots. I can remember specifically thinking, do we really have to have Kanyon [jump off the top]? It just felt like a big payoff match, like telling too much stories. It was such a protected bump through boxes and all that stuff. People seeing it live we’re not going to [react heavily], and even if they would’ve bought into it, then you distract from the finish of the match. It was a lose/lose situation, and I can remember thinking that and probably voicing that to Dallas that day.”