Renee Paquette Reveals Her WWE Non-Compete Is Up, Talks Possible Leap To AEW 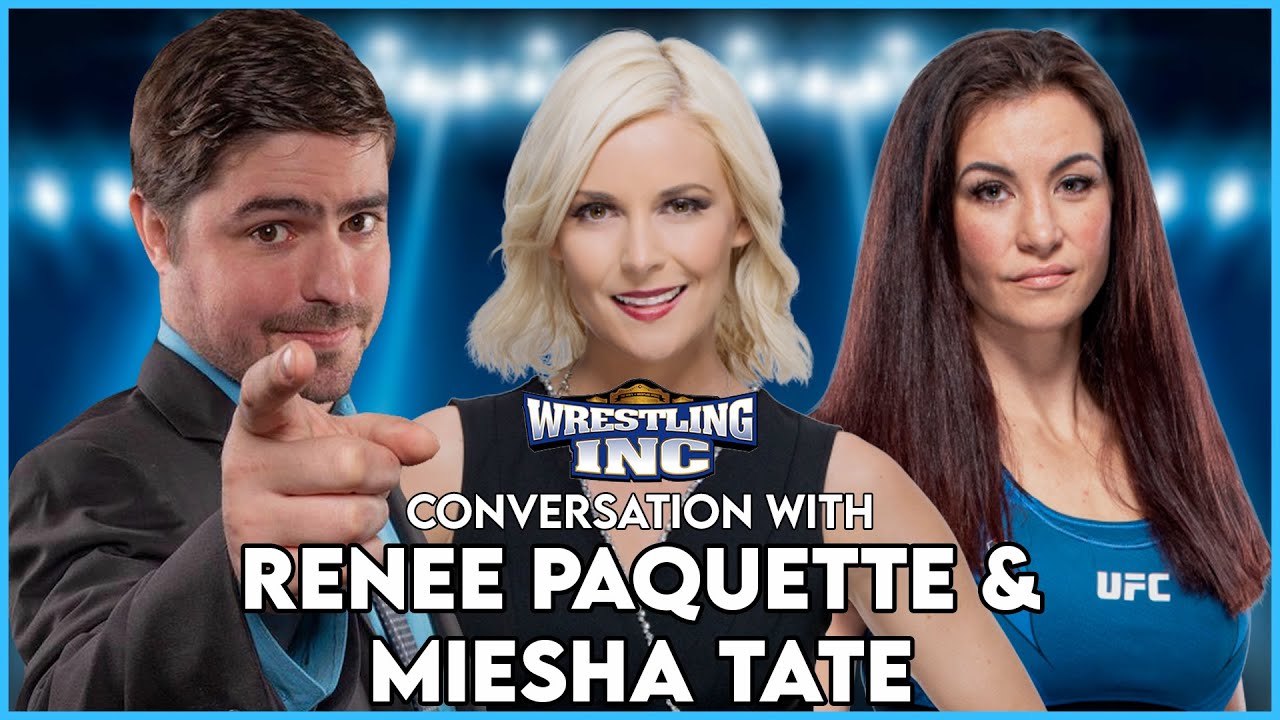 “I think I’m free and clear,” Paquette revealed. “I can be at Bloodsport. I’m gonna be at Bloodsport. Everyone better buckle up and hold on to their asses. I’ll fight anyone, except for Miesha. I won’t fight Miesha.”

“Only a tag team,” Tate added. “We can tag team together.”

“Oh my god, imagine! Oh my god, maybe I could be Miesha’s manager,” Paquette suggested. “I could valet her. [Paquette gasps] Oh my god. My whole world just busted wide open. This is very exciting. There’s money to be made is all I’m saying!”

Paquette has kept herself active adjacent to the pro wrestling world during her non-compete period with her podcast, Oral Sessions, as well as her new show Throwing Down with Tate. Of course, many fans wonder if Paquette would join her husband, Jon Moxley, in AEW once her non-compete with WWE came to an end.

“I’m definitely open to the idea,” Paquette said. “I miss pro wrestling, I miss being involved in the pro wrestling world, in that capacity, but I don’t know what that job would be or what my role could be within AEW. We could probably rattle off a couple different ideas of things to do, and as AEW is growing, as their broadcasts are growing, as they’re adding on new shows, I think there’s definitely a role.

“I don’t know that I necessarily want to jump back onto commentary by any means, but I think doing some interviews, doing some features., I love doing features. I just love pro wrestling. I love all the athletes behind it so getting to pick their brains in sort of an Oral Sessions way and Throwing Down way, to have them be part of a broadcast with AEW or something like that could be really cool. Or, maybe I just valet Miesha.”

Previous
WWE NXT 2.0 Viewership And Key Demo Rating Up From Last Week
Next
Adam Cole On Keeping His AEW Debut A Secret, When He Decided To Sign With AEW Over WWE