CM Punk Talks Reasoning Behind Writing On His Shoes In AEW 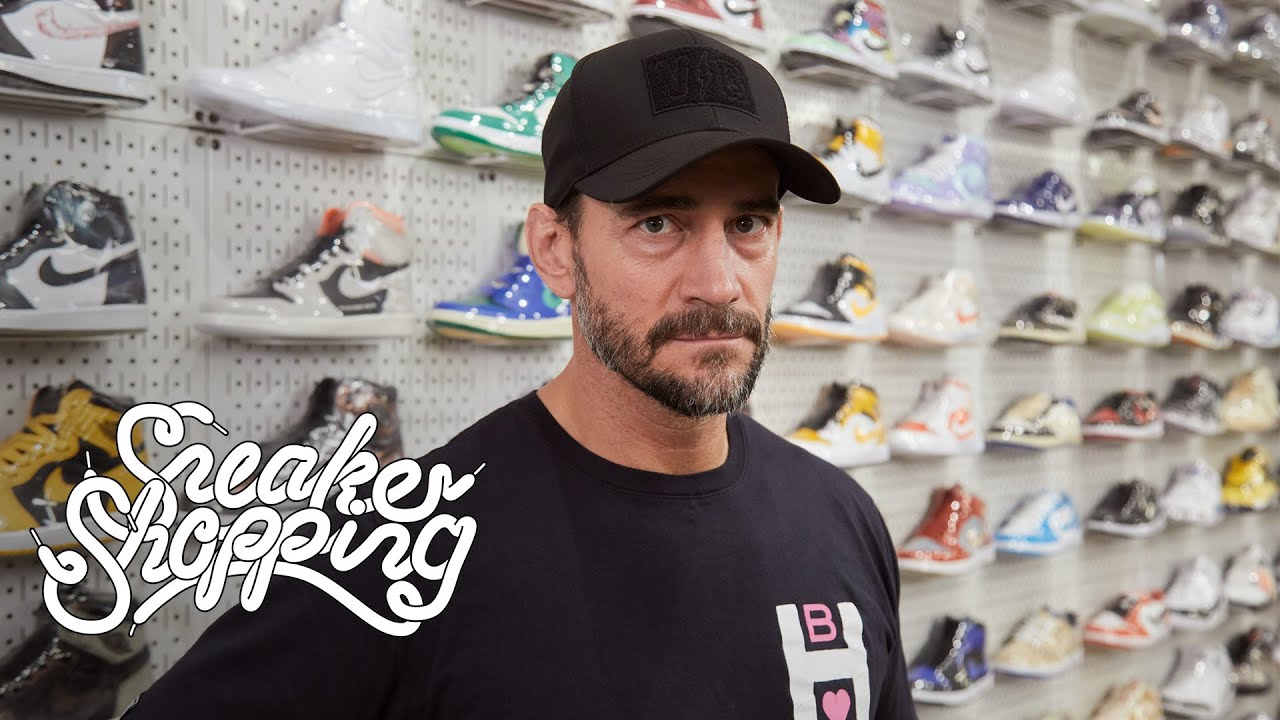 AEW’s CM Punk recently met up with Complex to shop for some sneakers and discuss his arrival in a new wrestling promotion. During the conversation, Punk was asked about writing initials on his shoes during various AEW segments. He explained that this interest from fans to find out what the “Easter eggs” mean is an added layer of fun to his work.

“I think one of the great things like the connection the wrestlers have in AEW with the fans is special. I like to f**k with people, you know what I mean? I like to have fun and throw in little Easter eggs here and there. It reminds me of when I was a kid and I was looking at punk bands and they’d be wearing another punk band’s shirt, you know what I mean?” Punk said. “Because it’s not about being, ‘Oh, I need to be a better band. I’ve got to hold everybody down.’ It’s about high tide raises all boats, like, everybody else.

“Everyone is so excited coming to these AEW shows. The fans are so into every single wrestler that walks through the curtain,” he continued. “I’m just trying to have fun with it really, honestly. So like, I’m scribbling on my shoes and everyone is trying to decode everything, and it just gives another layer of the connection that we have with our fans and it’s fun.”

During the highly praised steel cage match between The Young Bucks and The Lucha Brothers at AEW All Out last month, Matt Jackson pulled out a Travis Scott Jordan 1 sneaker covered in thumbtacks to use as a weapon. Punk referred back to this moment and noted how it might draw sneaker fans towards AEW’s product.

“So it’s ruined now, right? Or is it worth more money now that Matt Jackson used it in a match? That’s interesting. [I didn’t think I’d see sneakers as a prop], no, but it’s great. It’s crazy because people who aren’t into wrestling but are into sneakers will see that and they might get into wrestling, or vice versa,” Punk explained.

Though some fans may have overlooked the detail, Punk has been wearing a new pair of Vans each week during his AEW appearances. He says this idea was inspired by his love for skateboarding.

“Never really been a huge shoe guy, but having to be on television every week, I figure, you can’t wear the same pair of shoes. So, my wife would famously wear Converse. I didn’t want to go that route, and Vans, I remember being a skate shoe,” Punk noted. “I was a little skateboard kid. So, to me, if I had a style, this would probably be it. It’s a little more simple and when they do throw colors into some stuff, it really pops. I just remember all of the skate kids wearing the vans.”

Similar to stars like Dwayne “The Rock” Johnson, Punk mentioned how he’s open to the idea of signing a sneaker deal with any interested brands.

If you use any quotes from this article, please credit Complex with a h/t to Wrestling Inc. for the transcription.