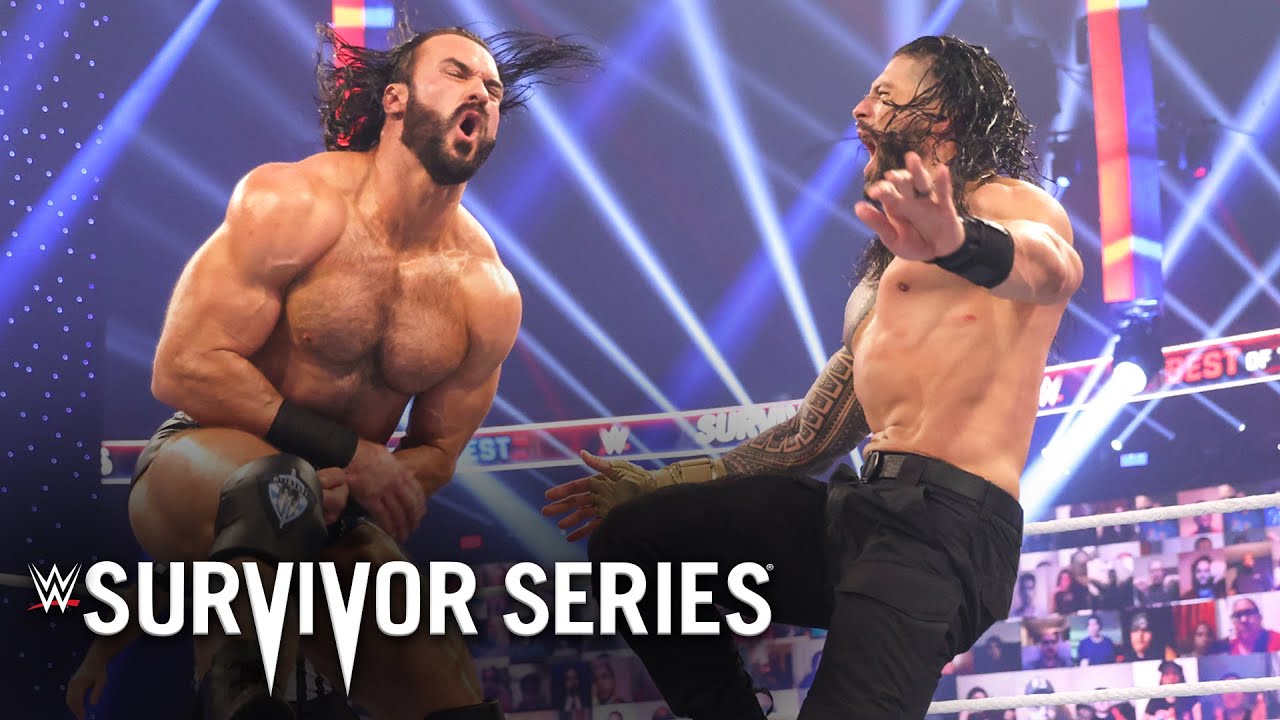 One the latest episode of WWE’s The Bump, former two-time WWE Champion Drew McIntyre returned to talk about his new home with Friday Night SmackDown. As they were veering their discussion towards the Universal Champion Roman Reigns, they revisited McIntyre and Reigns epic battle at last year’s Survivor Series, where, with a little help from his family, Reigns reigned victorious over “The Scottish Warrior.”

Even though his eyes are set on Big E’s WWE Championship, McIntyre says there is no doubt that he and “The Tribal Chief” will meet again to finish what they started last year.

“I knew this match was inevitable,” Drew McIntyre opened with about their Survivor Series 2020 match. “Since I’ve been back to WWE, I’ve been tied to Roman more than anybody else. Initially, the roles were reversed. As the years passed, both of us found ourselves and started reaching our full potential. Roman got to see what I’m truly capable of. I know this match this big match is coming down the line. I’m not fully putting my attention on it right now because of Big E, but when it happens, it’s going to be huge.”

Looking back at their growth in the last year, McIntyre and Reigns respectively held down the ThunderDome era as the company’s top champions. For McIntyre, he says nothing about him has changed since then. As for Reigns, McIntyre believes the “Head of The Table” is way too vain, and he looks forward to the day when he can slap the champion back to reality.

“Well, I haven’t changed at all. I still have the same mind frame and the same work ethic. But for Roman, his head keeps growing and growing, and his confidence keeps growing and growing,” McIntyre illustrates on what’s changed since their last clashing. “He puts himself up on this pedestal where he thinks he’s completely untouchable when I knock him off it, and he comes crashing down to Earth it’s going to hurt a fricking lot.”

Speaking of the Universal Championship, Brock Lesnar has made his intentions clear since his return at SummerSlam that he’s the next rightful owner to the title. Once the dust settles between him and Reigns after Crown Jewel in two weeks, McIntyre would like nothing more than to recommence things with “The Beast Incarnate.”

“I’m always excited to get into the ring with the absolute best. There’s not many that are as good or as physical as Brock Lesnar,” McIntyre commented. “At WrestleMania, I did defeat him in five minutes. But I would like the opportunity to face Brock again and in front of a live audience.”

You can watch Drew McIntyre’s full interview here. If you use any of the quotes in this article, please credit WWE’s The Bump with a h/t to Wrestling Inc. for the transcription