EC3 Believes WWE Career Was Done After His Debut On RAW 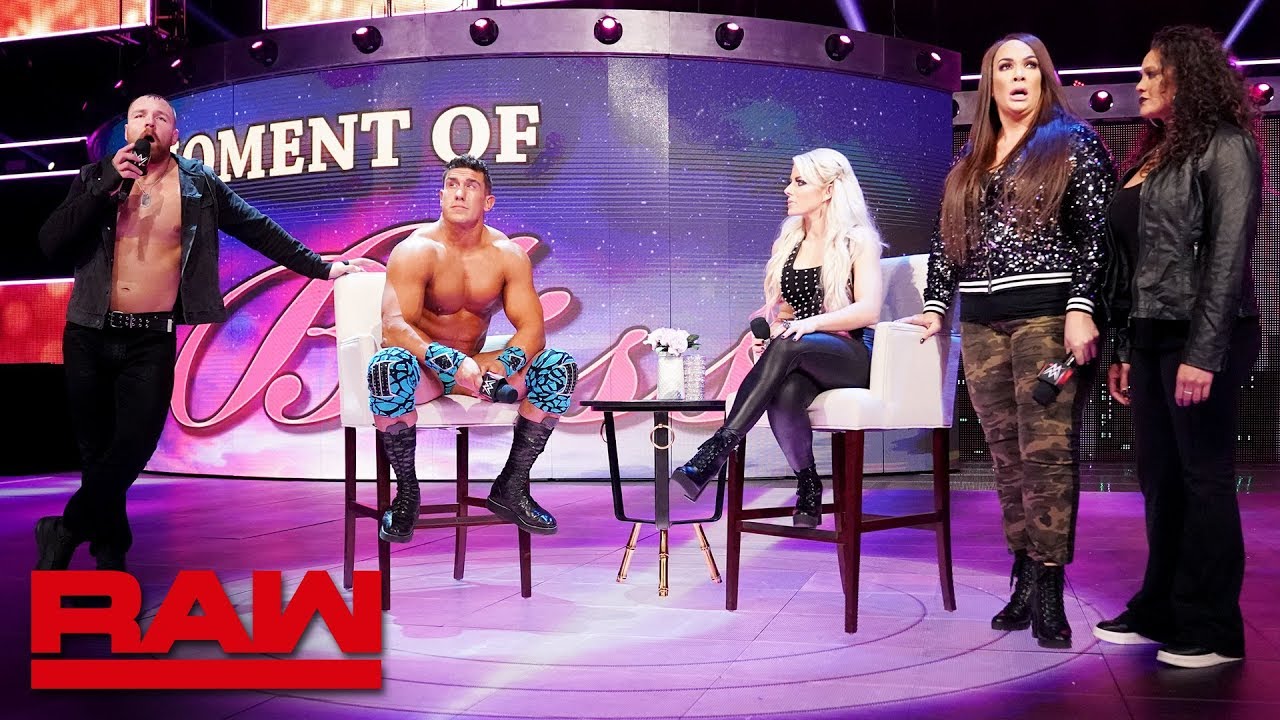 In a recent interview with Chris Van Vliet, ROH star EC3 emphasized that his WWE career was dead the minute he made his main roster debut on the Feb. 4, 2019 episode of RAW.

Appearing on Alexa Bliss’ talk show, A Moment Of Bliss, EC3 was interrupted and verbally assaulted by Jon Moxley (Dean Ambrose), leading to a match that EC3 won. The following week on RAW, Moxley won the rematch. After his short feud with Moxley, EC3 was written off RAW for several months before being relegated to Main Event.

According to EC3, WWE “dropped the ball” by not allowing him to respond to Moxley’s verbal jabs during his debut segment.

“I think just the first segment where I come out and didn’t speak,” EC3 said. “I just let [Dean] Ambrose jab me a bit, it’s fun and whatever. He shouldn’t have been a babyface, but he had that great run with the company and now he is leaving, so people are cheering for him. I think the debut had no purpose.

“They called up a bunch of people in a rash decision, and I think they could have lived or died on their own, they didn’t need a bunch. But it doesn’t matter, there’s no point to any of it. On my end, dropping the ball was not doing anything to make them give it to me. I tried a few things, one thing I promised myself when I got there was I will never be that guy who is miserable and it doesn’t matter. And I became it, and that’s on me. But maybe it happened for a reason.”

Reflecting a little more on his short stint with WWE, EC3 recalled pitching a Fight Club-inspired character to WWE management, only to be turned down. EC3 has been using the character in his post-WWE career.

“I pitched the whole character (to WWE) that this started as,” EC3 recalled. I pitched it verbally, written, and then I filmed the promo that I released on the day I was fired, because I sent it to them on the day I was fired. So I was like I cut this great promo and I cut my hair. No matter what happened, I didn’t want people to think that I didn’t try.

“There was a time and I didn’t care and I wasn’t trying, but that’s not me. I’d rather go down swinging than be shot. But yes, that was pitched along with an underground fight club essence to it. Then I’m released and 90 days later I have my match, which took place in a dimly lit underground looking garage. Obviously it is Fight Club inspired. But then a week later they start Raw Underground, so I guess they found my pitch in the trash.”

When asked about his recent match with “The Titan” Adam Scherr, EC3 delved into the challenges facing the former Braun Strowman outside the WWE.

“When you think of a guy like that, he was signed and put in the system,” EC3 said of Scherr. “So he knows nothing but the system he is accustomed to, until he shows up to this dimly lit bar in downtown Orlando. Adam seeing that we had no catering, no locker room, he knows it going into it. But seeing him experience something different, it opens his eyes to see what else is out there and how does this work?

“What’s fortunate for him is that he had a great run and he is a great talent. He can pick anywhere to go and get a great reaction. But after a month, fans can go, ok, well what’s next? But his ability to re-create what he wants to be within the narrative, this is what he can bring to the table. As far as wrestling goes and where he goes, who’s to say?”

EC3’s full interview with Chris Van Vliet can be seen below.

Previous
Top Dolla On Feud With The Young Bucks: “They Let Their Twitter Minions Gas Them Up”
Next
Malakai Black Reveals How Long It Took To Sell Tony Khan On His AEW Character