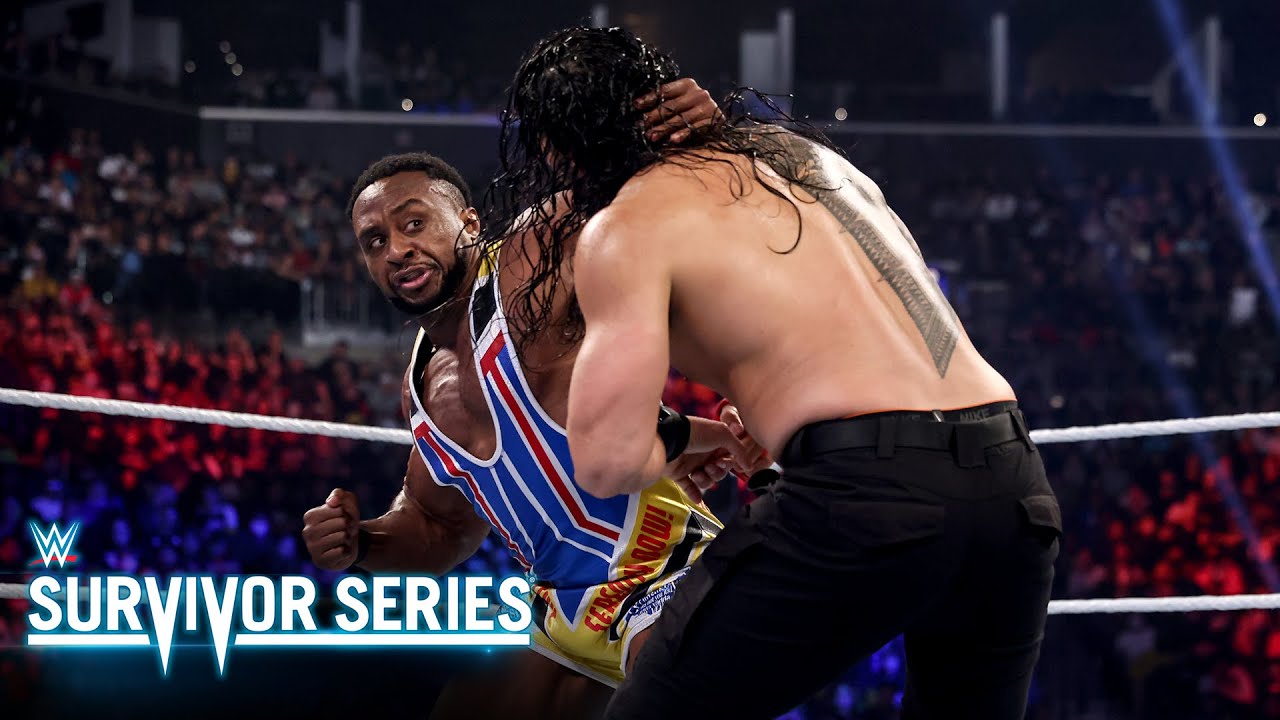 WWE Champion Big E and the rest of The New Day put a lot of thought into what they wear to the ring. That was evident at Sunday’s Survivor Series pay-per-view, where Big E unveiled new gear inspired Seinfeld.

The look was created by Big E’s friend, graphic artist Jonathan Davenport. Big E says he and Davenport have been collaborating on his ring gear designs since 2015.

“What I love with Johnny is often times, I’ll just send him these loose ideas,” Big E told The Illuminerdi. “I wanted to do a bunch of odes to hip hop because I’m a hip hop head, and so the first thing we did was – a lot of people don’t know this album but it’s an incredible album called Below The Heavens by Blu & Exile. And so the gear – that blue gear that I’m wearing when I win Money In The Bank, that’s an ode to Below The Heavens. And the jacket, you get that even more because the jacket has the tracks listed.”

Big E also talked about the creation of The New Day’s ring gear that paid homage to The Fugees’ 1996 album The Score. He said Davenport often takes a very loose idea and then researches it before creating the final concept.

“I don’t know if people can really see it, but on [the current] jacket that I’m wearing for The Score gear, [there are] these little helicopters, which is an ode to a Fugees music video,” Big E explained. “You know, the scene where they have all the helicopters. So, I love all those little Easter eggs. And the thing is there might be a dozen people who actually catch these things but that’s what I love. It doesn’t have to be for the masses. Everyone doesn’t have to get it. But if people can catch it and take a second and pause on their DVR and say, ‘Yo! That detail’s incredible! I know where that’s from!’ We love those little Easter eggs.”

Not every ring gear idea becomes reality. Some are abandoned for different reasons. Others raise eyebrows only after they’re unveiled in public. Big E admitted that happened to The New Day; he said the group believes in asking for forgiveness instead of permission.

“We did get some pushback on the Dragonball stuff [after WrestleMania 32],” Big E recalled. “But we’re of the impression – especially for WrestleMania where it’s a one-off – it’s like, [once you’re] out there and wear it, you can yell at us all you want to stop wearing it because it was a one-off. We’re done with it anyways.

“But I will say I do like the fact that Mattel – I like when Mattel can make all the elements [for action figures],” Big E continued. “So I was a little bummed that they couldn’t make the Dragonball Z shells even though – like, that – the packaging for that gear that came in the Booty-O’s box and you open it up – which is very fitting because we came out of the Booty-O’s box at that WrestleMania in Dallas, I believe. So sometimes we get [flagged]. I feel like there’s only been, like, two or three instances that I can think of, but it’s never really been a big deal at all. It’s just sometimes it gets flagged.”

If you use any of the quotes in this article, please credit Sports Illustrated with a h/t to Wrestling Inc. for the transcription.

The NEW WWE CHAMP Big E stormed the ring in my #Fugees-inspired gear tonight and I couldn't be happier with the job @MainEventGear did bringing it to life! Eternally grateful to @WWEBigE @AustinCreedWins and @TrueKofi for their trust and support! pic.twitter.com/kNWnvWzFCe

Previous
Maven Says He Spoke With Triple H About Announcing Prior To COVID-19
Next
Seven Matches Announced For Monday’s AEW Dark: Elevation