As we’ve noted, Alexa Bliss debuted a new entrance song prior to her match against Sonya Deville on last week’s RAW.

Although Bliss herself has put over the theme music as “pretty awesome” on social media, many of her fans seem to disagree. One such fan responded to Bliss’ Instagram post Monday, imploring the RAW Superstar to change her theme song. In response, Bliss asked the fan to get used to the song as she plans to use it for a while.

You can see a screengrab of Bliss’ post below. 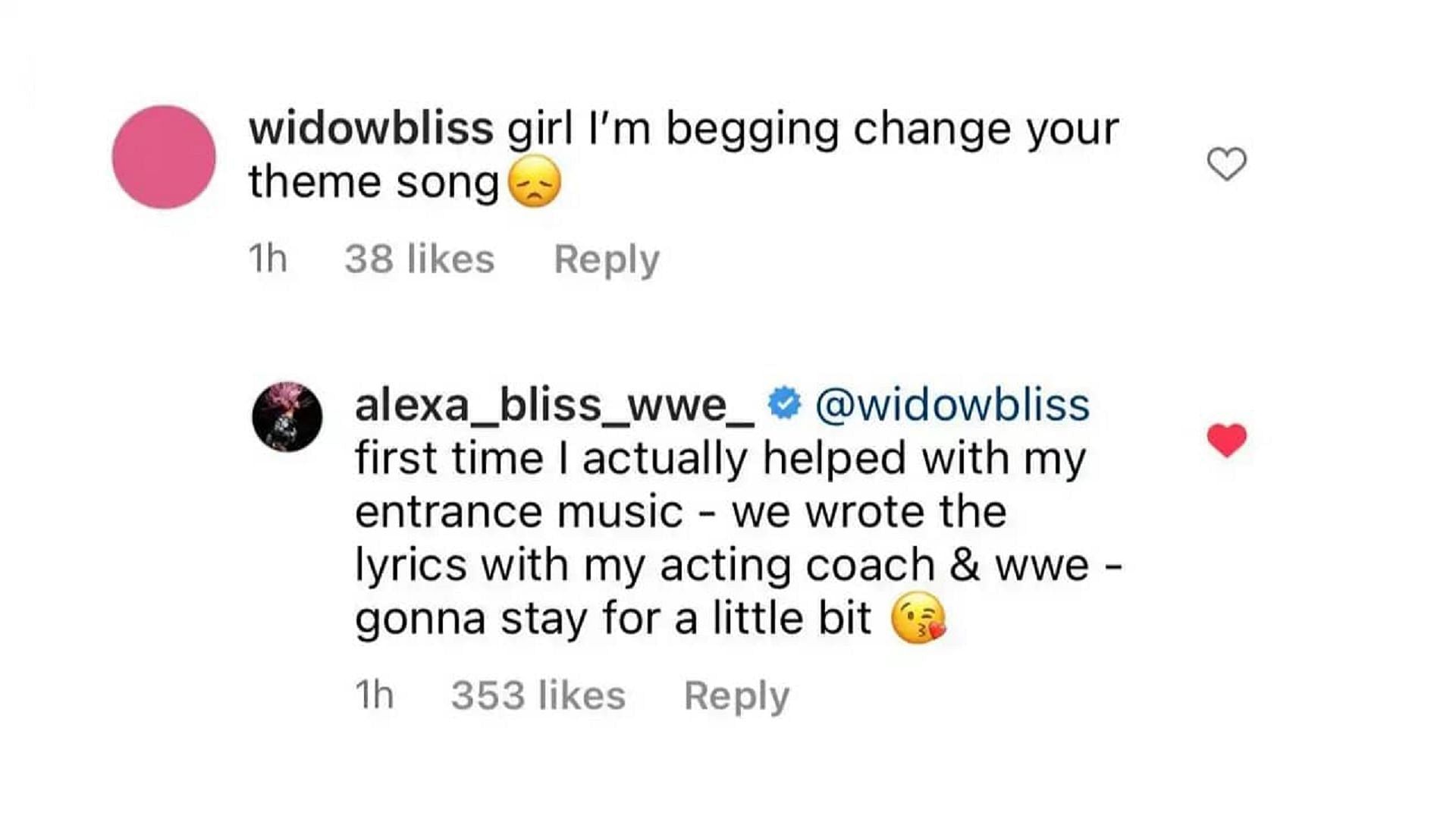 Last week, Bliss tweeted out some of the lyrics from the song: “You’re mad you can’t control someone like me / you get so weak when you let me be. / you get smaller till you fade / it’s not my fault what you became. / I’m something twisted / but you’re insane. / Stand up, shut up & fight me.”

On this week’s RAW, Bliss continued her momentum with another singles victory over Nikki A.S.H. Bliss has now won three consecutive matches since her return on the May 9th episode of RAW. Bliss returned earlier this month from a three-month hiatus dating back to the Elimination Chamber event in February. During her time away from the company, Bliss tied the knot with Ryan Cabrera in a star-studded desert wedding ceremony that was attended by many current and former WWE wrestlers.

The whole song itself is pretty awesome – not gonna lie 🖤