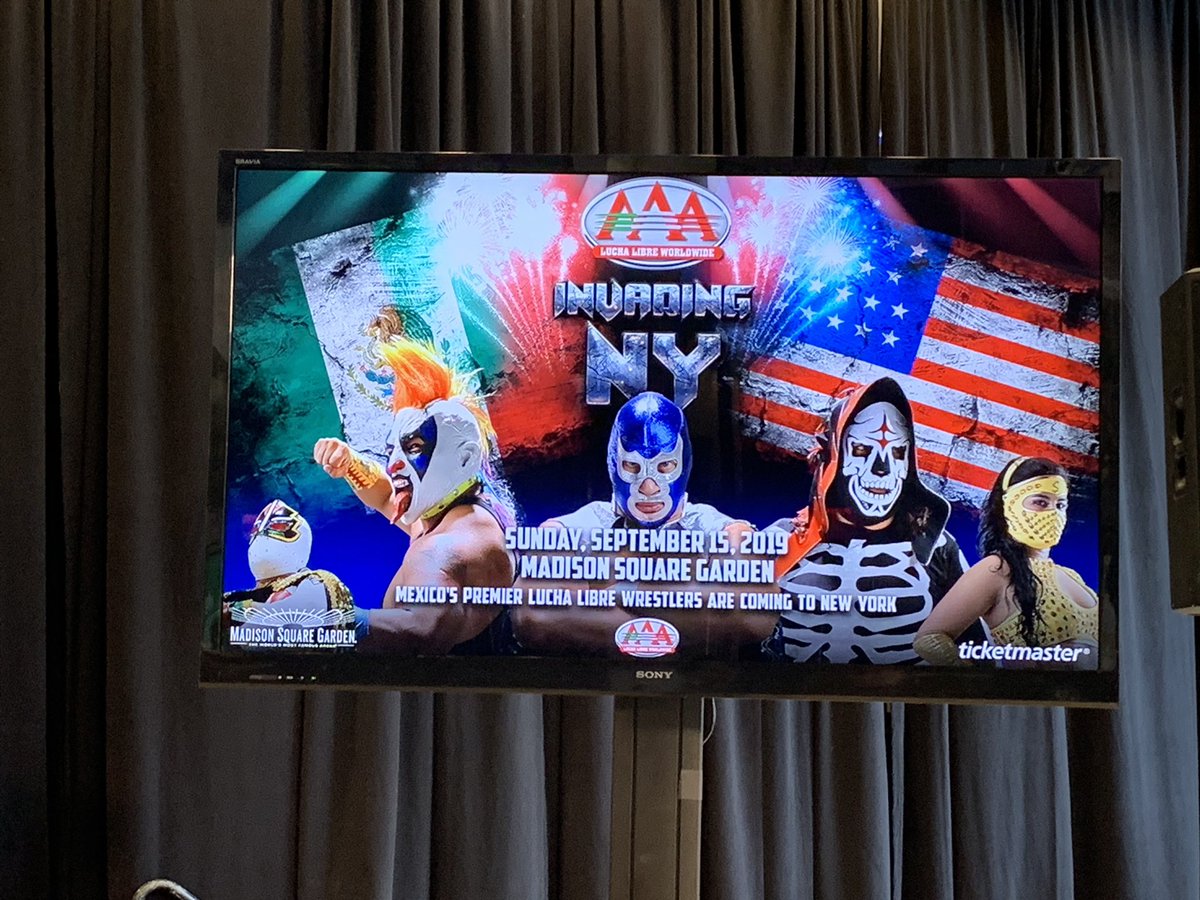 Wrestling Inc. is present today for AAA's Press Conference where they announced their debut show at Madison Square Garden will be on Sunday, September 15. At the moment the event is being called AAA Invading NY.

AAA has a partnerships with Impact Wrestling and MLW. Also, back in February, AAA announced a partnership with AEW where the two companies are expected to lend talent out at each other's events.

Cody and The Young Bucks showed up at last months' AAA Rey de Reyes, Nick and Matt Jackson won the AAA World Tag Titles by defeating Pentagon Jr. and Fenix. It's likely AEW talent will be involved with the upcoming MSG show.

At the @luchalibreaaa presser at @TheGarden , they will be holding their MSG debut on September 15 pic.twitter.com/3UIyRAvB1t