CaZXL, a.k.a. Big Cass in WWE, was back in action in the squared circle this past week for a Cactus League Wrestling event in Arizona. It is apparent through pictures and video that Cass has lost significant weight and gained muscle tone since he competed last Winter and suffered a seizure at a House of Hardcore event.

In the video above, CaZXL sent a message to fans that had written him off.

“To everybody out there in the world that doubted me and said I was fat, and out of shape, and they wrote me off and said I’d never be back in professional wrestling after a seizure nearly took my life in front of 1,500 people, I say this: I ain’t f–king dead yet!” Cass exclaimed. “I heard that CLW is all the rage and I had to see what it was about. So I have come to CLW to rise to the top of this company, become a champion in this company, and after CLW, I’ll go to another company and I’m gonna rise to the very top of this Goddamn industry. And you can bet your bottom dollar on that, but as for now, I’m gonna go where I want when I want and do whatever I want, and you’re going to have to kill me in order to stop me. End of discussion.”

Below is a photo from the event this week alongside a photo of Cass from November 2018: 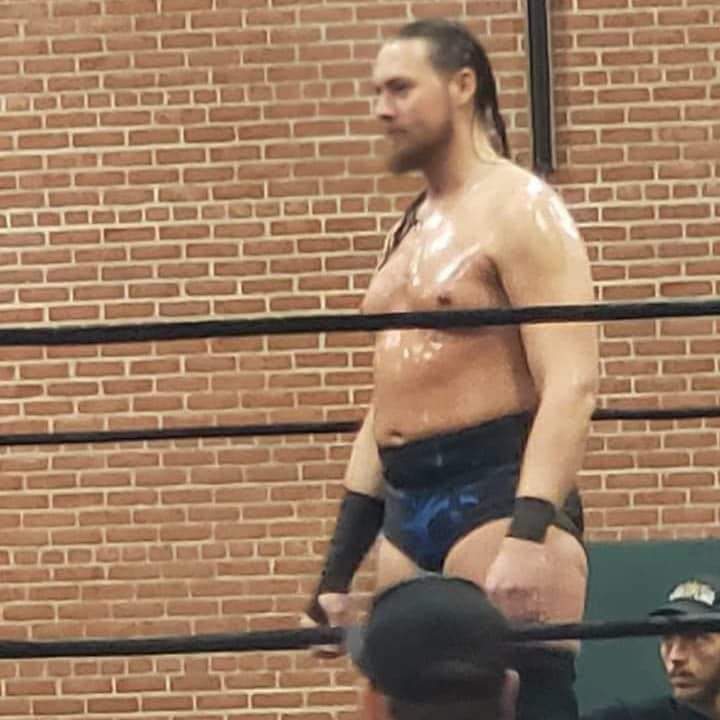 In a recent interview with Bro Wrestling in June, Cass opened up about his struggles with alcohol abuse and his mental health.

“The last time people saw me I was fat, I was drunk, and I was out of shape,” Morrissey said. “I was on the floor going to the hospital because I had a seizure. My life was falling apart, mental health issues, I was an alcoholic. “Six months later, I’m 300 pounds, I’m a tank, I’m shredded, I look amazing, I’m in the best shape of my life. Nothing’s gonna stop me, I can tell you that.””

We noted last summer how Cass was released from his WWE contract after there were numerous complaints about the way he was conducting himself on camera and backstage. One mistake that reportedly gave CaZXL significant heat from backstage officials was when he was ordered to deliver a single “big boot” maneuver to a little person dressed as Daniel Bryan. Instead, CaZXL continued after the boot to pummel the little person with strikes and step on his throat.

Cactus League Wrestling’s next scheduled event, Mimosa Slam will take place on September 29, 2019 from the Sundance Steakhouse and Saloon in Fort Collins, CO.