We are one step closer to the return of the XFL. Vince McMahon’s answer to the NFL has slowly started to gain some traction. With all eight teams and their locations set, along with several players already garnering interest, the only question remaining was simple: what are the names of the teams going to be?

After teasing fans with a few tweets, the XFL announced all the details on their media accounts today (Wednesday) at 12:30 p.m. ET.

“The XFL is about football and fun, and our team identities are intended to signify just that,” XFL President and COO Jeffrey Pollack stated in a press release. “Now it’s up to our fans and players to help write the story. What happens on the field and in the community, in the years ahead, will determine the true spirit of each team.”

The following names and descriptions of said names have been announced:

* Tampa Bay Vipers – Hunters by instinct. Cold-blooded by nature. Luring all who challenge them into the jaws of defeat. Ready to strike February 2020: The Tampa Bay Vipers.

* DC Defenders – One quest. One purpose. One resolve. Seeking glory through grit. Victory through valor. Taking their stand February 2020: The DC Defenders.

* Houston Roughnecks – Mercenaries in the muck. Brawlers in blackened dirt.The scratching, grinding, never-bending few. Going to work for you February 2020: The Houston Roughnecks
.
* Dallas Renegades – Deep in the heart of Texas beats a different kind of pulse. A swagger that can’t be denied. This is hell on wheels, between hash marks. Raising hell February 2020: The Dallas Renegades.

The relaunched XFL season is expected to start in February of 2020, the weekend after the Super Bowl. Below are the official logos for the eight teams: 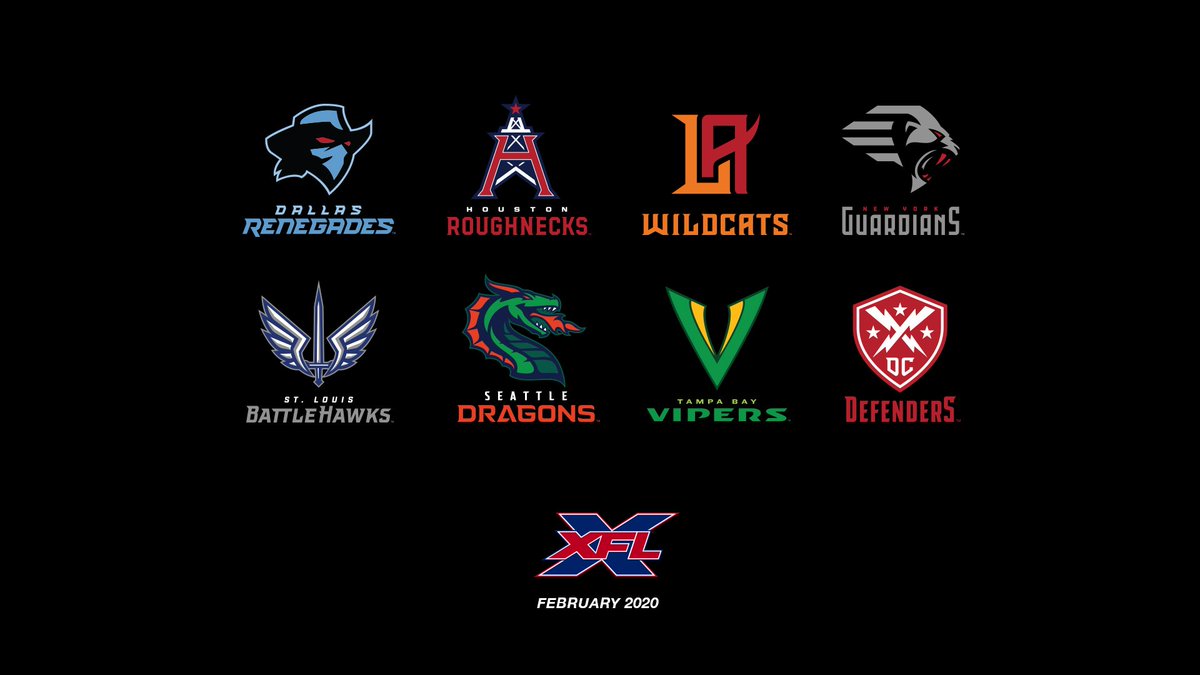