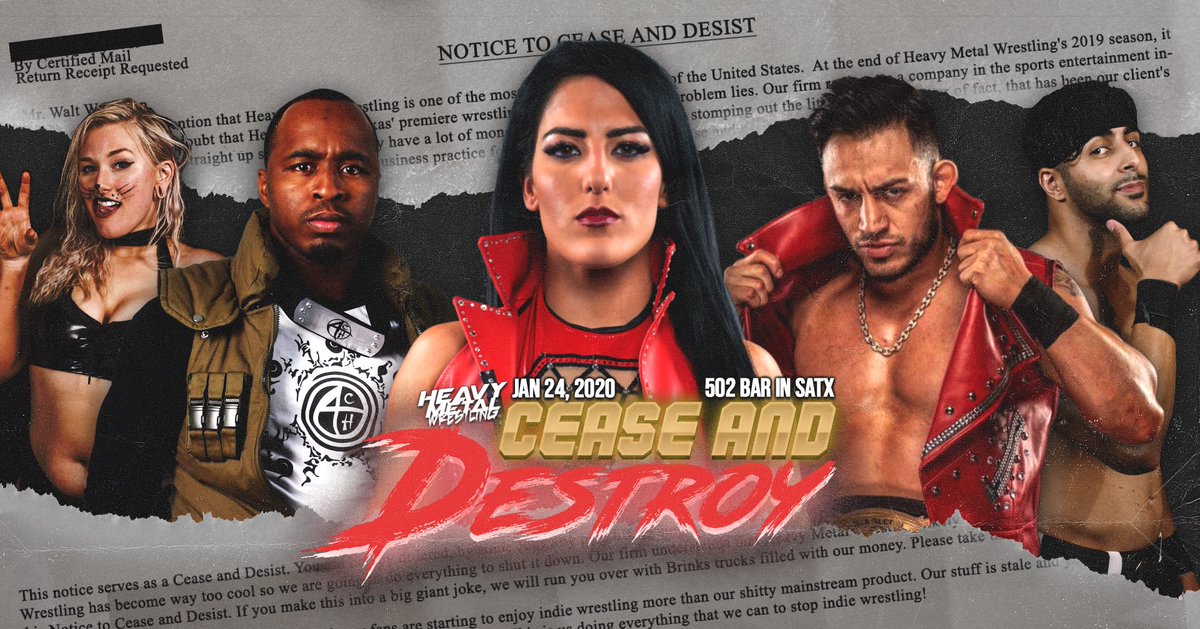 Heavy Metal Wrestling Cease and Destroy takes place on January 24 in San Antonio and Tessa Blanchard was scheduled to face Rok-C at the event. The promotion informed fans today she's been pulled from the show.

"Tessa Blanchard has been removed from our scheduled event on January 24th, 2020. We take these allegations levied against her very seriously. An updated card will be released shortly. For refund information, please contact [email protected]"

This was due to a story that came to light on social media yesterday about Blanchard and another wrestler during their time in Japan.

This led to NWA World Women's Champion Allysin Kay bringing up the story in question, "Remember when you spat in a black woman's face and called her the N-word in Japan? Was that you "supporting women"? The AUDACITY of this tweet."

Kay said she was given permission by the individual, Puerto Rican wrestler Black Rose, to make it public. Blanchard said it was "not true."

"The reason I've never said anything until now is because it wasn't my story to tell," Kay wrote. "I made it clear to La Rosa that I had her back, and today was the day she gave me permission. You can't force someone to come forward, but you can be there for them. THAT is 'supporting women.'"

The floodgates were opened after this as other wrestlers including: Chelsea Green, Isla Dawn, Rebel, Shanna, Big Swole, and others shared some of their experiences involving Blanchard.

Tessa Blanchard has been removed from our scheduled event on January 24th, 2020.

We take these allegations levied against her very seriously.

An updated card will be released shortly.

Plus:
The debut of international superstar @Daga_wrestler!
The return of @meowdyxyall!