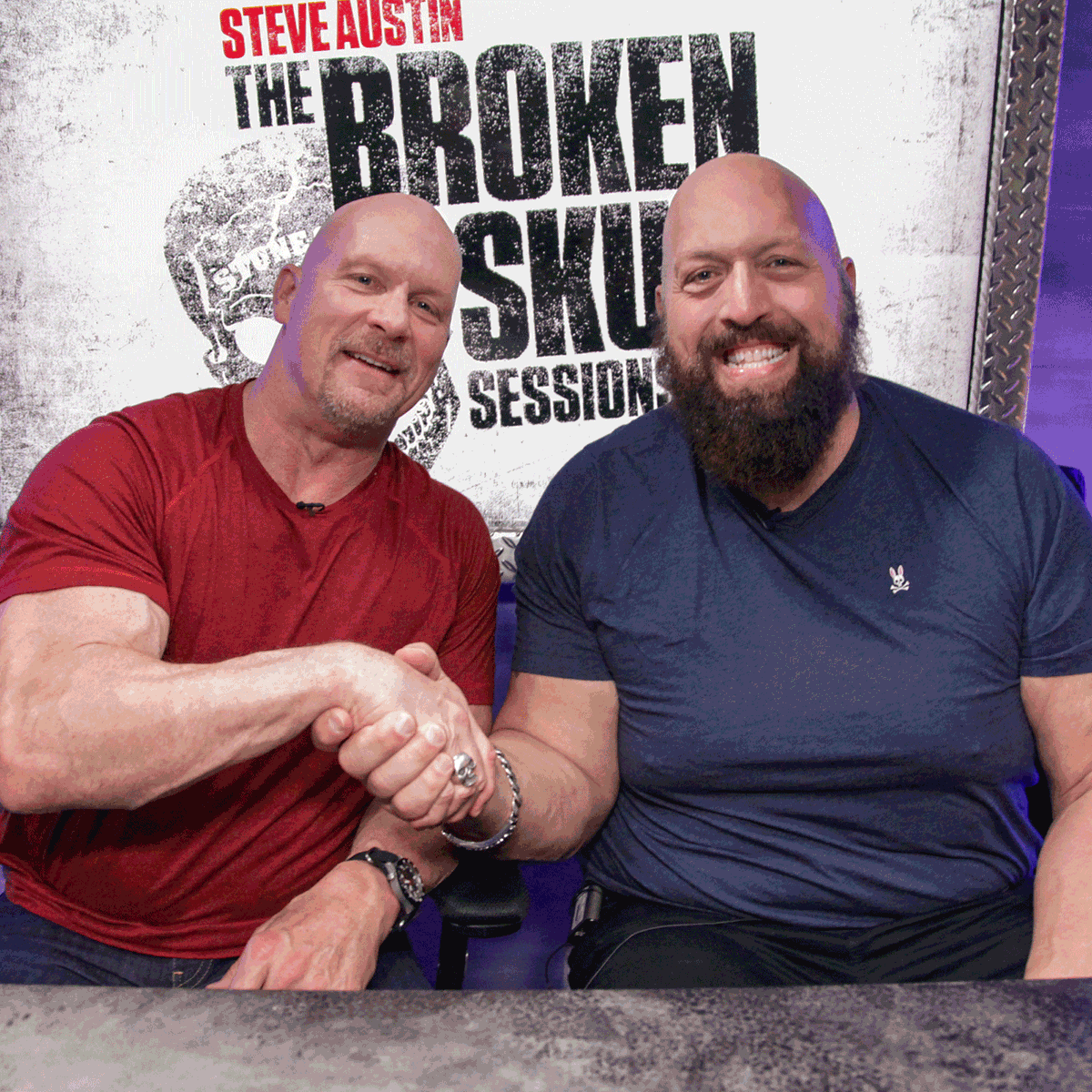 WWE Hall of Famer "Stone Cold" Steve Austin will be interviewing The Big Show on the next installment of The Broken Skull Sessions.

WWE confirmed that Austin will interview the seven-time world champion. The episode will premiere on Sunday, February 23rd at 8pm ET on the WWE Network.

Austin's previous guests were The Undertaker and Bill Goldberg.

The Big Show has been wrestling sporadically in recent years. He most recently returned on RAW to team with Kevin Owens and Samoa Joe to defeat Seth Rollins and AOP via disqualification. After the match, Big Show revealed that he had 5 hip surgeries in a year and a half span. He wrestled again the following week in a "fist fight" where be teamed with Owens and Joe in a losing effort to Seth Rollins and AOP, where he seemingly was written off of television again.

You can check out the announcement from WWE below:

The next episode of @steveaustinBSR's #BrokenSkullSessions premieres Sunday, Feb. 23 at 8pm ET on WWE Network! pic.twitter.com/ST6aQZu9ca

Previous Article
Bianca Belair On Which WWE Hall Of Famer Changed Her Life, Her Favorite Feuds In NXT
Next Article
AEW Announces Sammy Guevara Vs. Dustin Rhodes For Wednesday's Dynamite