New Champion Crowned On Night One Of Impact's 'Rebellion' 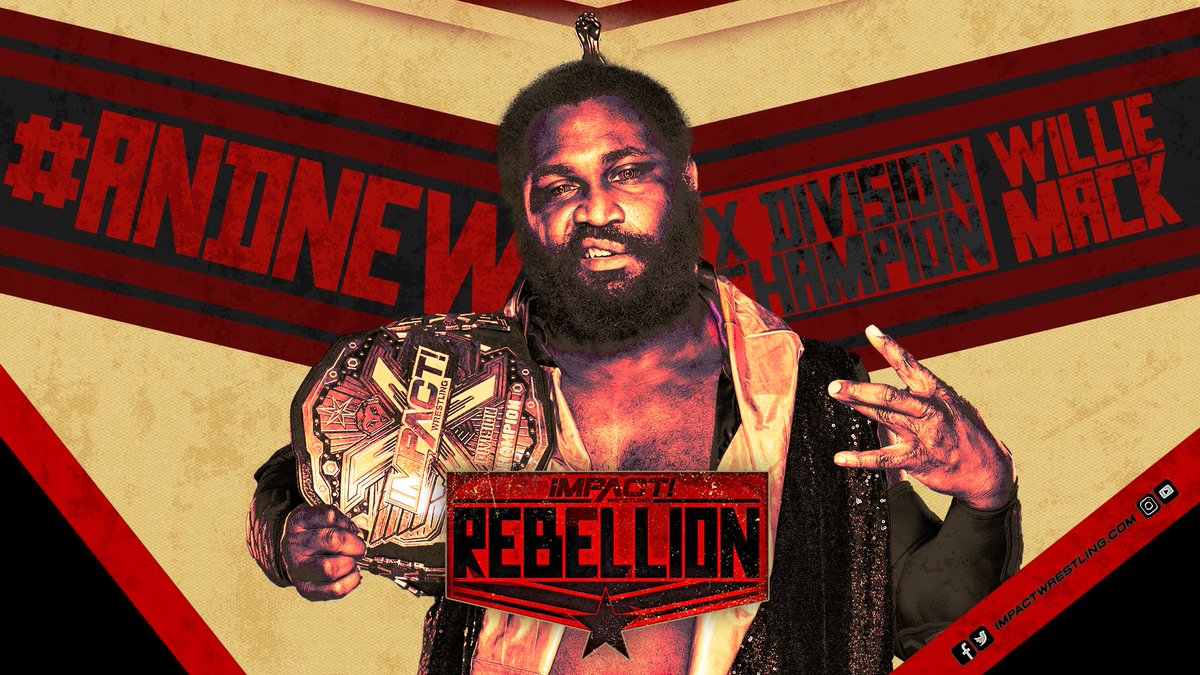 It seems that Ace Austin's time as the X-Division Champion has come to an end. Austin just couldn't keep up with his challenger and number one contender, Willie Mack, on Night One of Impact's Rebellion.

Mack smashed through the competition, by landing a six-star frog splash, thus becoming the new X-Division Champion. This is the first championship that Mack has held since debuting on Impact in 2018.