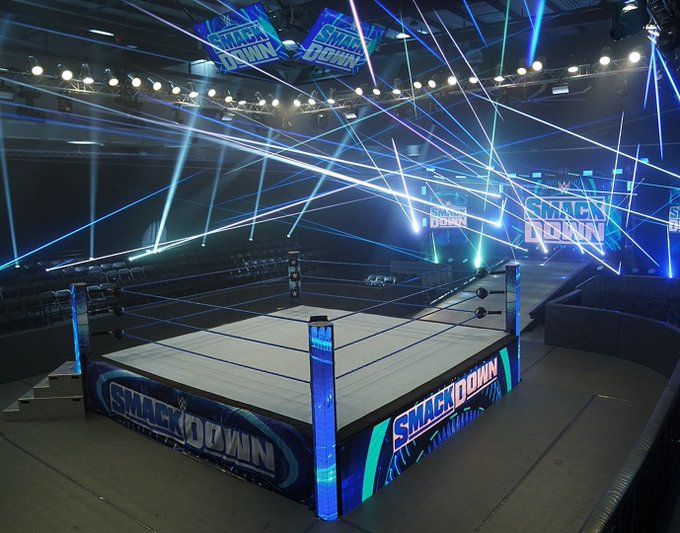 WWE officials have reportedly issued a memo to wrestlers and staff to inform them of how they plan to keep everyone safe from the coronavirus during the next set of TV tapings that are taking place later this week.

The e-mail memo outlined protocols for working during the COVID-19 outbreak, noting that the WWE medical team will continue to take each individual's temperature before they enter the WWE Performance Center, according to TMZ. It was noted that talents could arrive early to the building as this step will cause some delays when entering the Performance Center.

WWE officials were reportedly very happy with the way things went down with the recent TV and WrestleMania 36 tapings, and they plan to use similar protocols for the tapings being held this week and into next week.

It was also noted that once workers are inside the Performance Center, they are encouraged to wear a face mask and if they can't get one, they are encouraged to make one. The memo from WWE included instructions on how to make a mask by sewing fabric, wearing a bandana, or ripping off an old t-shirt sleeve. The memo also noted that the masks will have to come off when cameras are rolling for the taped content. WWE also reminded everyone to wash their hands before and after handling masks, and to wash hands with soap & warm water for 20 seconds, as often as they can.

As noted on Tuesday at this link, WWE plans to sequester talents at one hotel in Orlando, and to tape in "waves" so they can follow CDC guidelines for the outbreak. They also plan to take extra safety measures at the Performance Center, such as changing the ropes, aprons, turnbuckles and canvas after each match, in addition to a complete sanitizing of the Performance Center as they work.

Several episodes of WWE NXT, RAW and SmackDown will be taped from this week until next week. Stay tuned for more from the tapings.