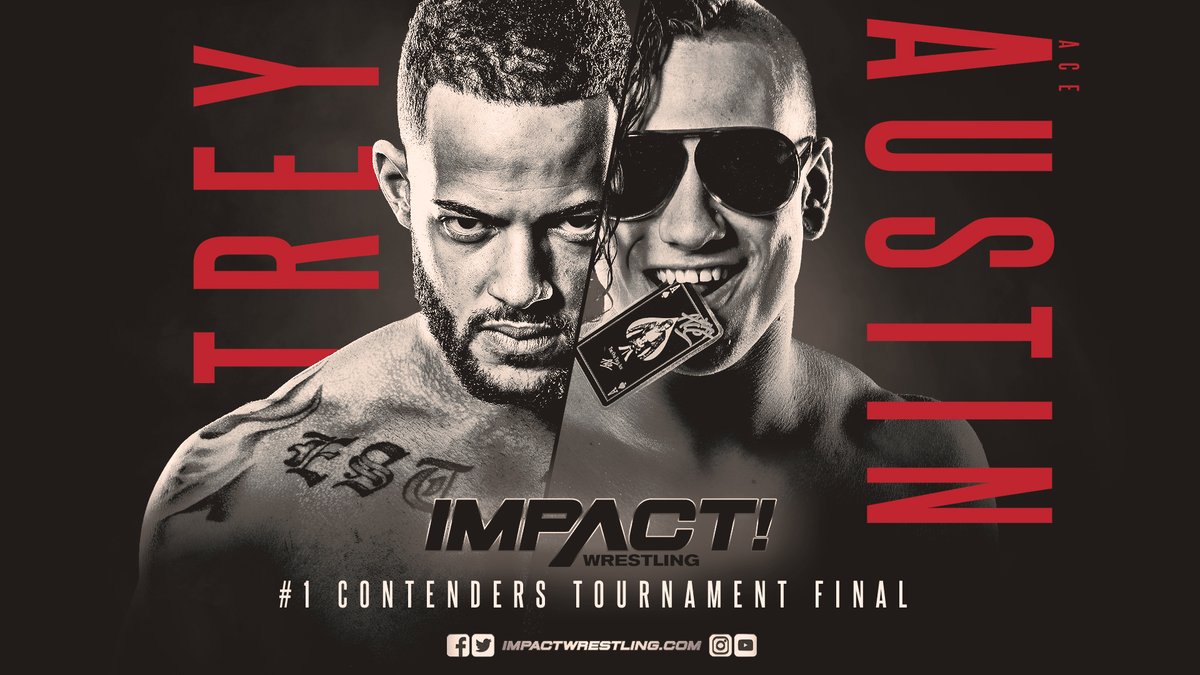 This week, Impact Wrestling concluded their #1 Contenders Tournament with what was supposed to be Ace Austin taking on Trey Miguel. As Trey's music hit, commentator Josh Mathews announced that there was some commotion in the back. As the camera crew made their way to the back, we saw Trey knocked out cold from an attack. Trey's Rascalz partner and friend, Zachary Wentz, made his way down to the ring to confront Austin for possibly being the attacker.

Austin thought that he automatically was entitled to win the Tournament, but Scott D'Amore came in and cleared Wentz to compete for Trey. The match changed to Wentz versus Austin. Both men gave it their all, but Austin connected The Fold and won the match. Austin won the overall Tournament and will face Impact World Champion, Tessa Blanchard, at a later date.

As reported, Blanchard was not at last week's tapings in Nashville. At this time, there is no specific date on when she'll return.

Speaking of new contenders and the Rascalz, Wentz had a stellar match earlier in the night with his tag partner Dezmond Xavier. Both men teamed up to face Fallah Bahh and TJP for a No. 1 Contenders spot to face The North for the Impact World Tag Team Championships.

At first, it looked like TJP was close to getting the win for his team, after locking Dez's leg in a submission. But, Wentz helped his partner out by pushing him backward, thus creating a bridge pin. The Rascalz will face The North for the Tag Team Championships at a later date.

Lastly, Impact announced prior to their episode tonight, that they were joining in on Blackout Tuesday, in honor of George Floyd, and the protests occurring around the country. Therefore, no videos or social media posts were uploaded. The only things announced so far for next week's episode is:

* "The Virtuosa" Deonna Purrazzo will make her in-ring debut

* Jordynne Grace will defend her Knockouts Championship against the former champion, Taya Valkyrie