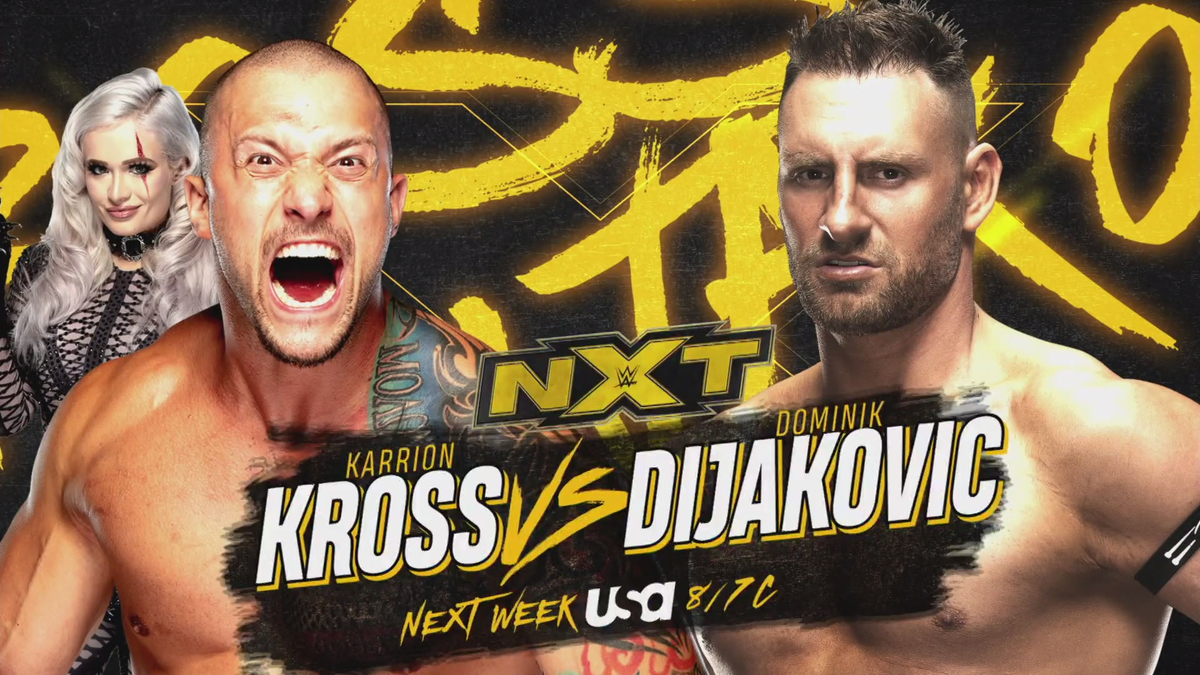 On this week's episode of WWE NXT, it was announced that on next week's episode, Dexter Lumis will face Killian Dain, and Dominik Dijakovic will go one-on-one with Karrion Kross.

Lumis/Dain's match came to be after Dain requested for Robert Stone to get him a match with Lumis. Stone and Dain started butting heads last week on night two of The Great American Bash after Stone accidentally spilled his coffee on Dain.

Following his historic win last week, Keith Lee opened this week's show by challenging Dijakovic to a Winner Take All match. Both men had a strong showing in the match, but Lee was able to retain his championships after connecting the Big Bang Catastrophe. Right after they finished their match, Scarlett came down to the ring to deliver a message to Lee from Kross.

Before Dijakovic was able to answer McKenzie Mitchell's question about his take on Kross's message, Kross snuck up from behind and attacked Dijakovic.

Below are some of the images from tonight's episode: