WWE is seeking a permanent injunction against Armando Alejandro Montalvo, who was arrested on June 22nd for once again trespassing at the WWE Performance Center. Montalvo had continued to appear at the premises of the Performance Center since being shot outside of the facility in 2015.

Despite being in jail and being ordered to have no contact with WWE staff, Montalvo sent a letter to WWE attorney Elisa D’Amico on August 3rd. Below is the first page of the seven page letter. 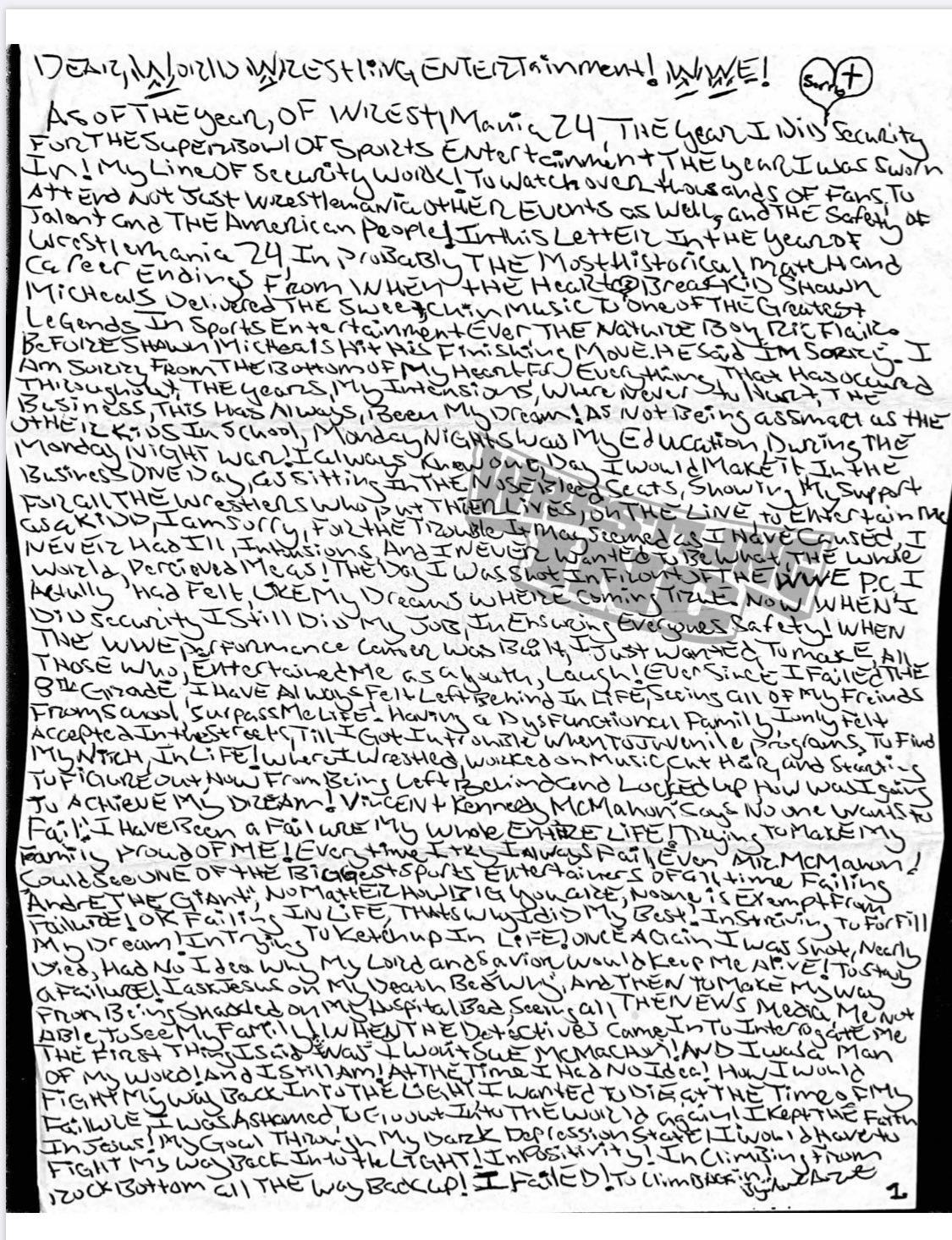 WWE provided a transcription of the letter to the court, which is below. Montalvo noted in the letter that he felt like his “dreams were coming true” the day he was shot in front of the Performance Center. Montalvo spent a lot of time in the letter discussing his fandom, but did state that he would abide by the permanent injunction and will “not return to WWE premises.”

Montalvo was arrested on June 5th on charges of Battery On Law Enforcement Officer, Trespassing On Property After Warning, and Resisting Officer With Violence outside of a Walmart. Montalvo posted $2,750 bond and continued to harass talent at the Performance Center, even interacting with Lacey Evans and Dana Brooke on June 15th. He was arrested on June 22nd for once again going to the Performance Center. Montalvo was charged with Trespassing on Property After Warning. Due to being out on bond during this arrest, he was denied bail.

Below is the letter:

Despite being in jail, Armando Alejandro Montalvo continues to contact WWE staff. As part of a permanent injunction WWE is seeking against Montalvo, they submitted this transcription of a letter Montalvo sent to WWE attorney Elisa D’Amico last month