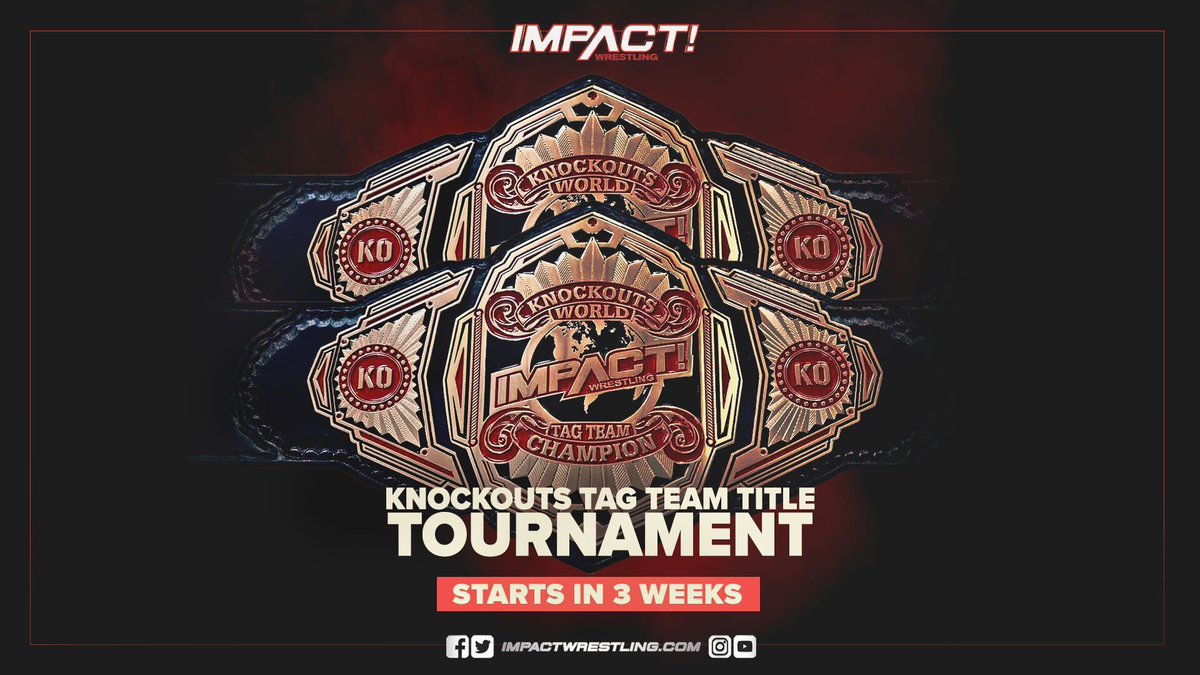 Following their big announcement this past Saturday at Bound For Glory, Impact Wrestling will begin their Knockouts Tag Team Tournament to determine who will win these historic titles in two months.

On November 17th, eight teams will begin their journey towards their shot at becoming the new tag team champions. The finalists of this said tournament will face off at Hard To Kill on January 16th, where they'll officially be crowned the winners.

Currently, no teams have been announced yet. Stay tuned with Wrestling Inc. for more updates on this tournament.

Everybody is eying up potential partners for the Knockouts Tag Team Title Tournament - could @MrsAIPAlisha and @JordynneGrace be the perfect team? #IMPACTonAXSTV @HoganKnowsBest3 @RealTSteelz pic.twitter.com/KYBvsqHQvW

BREAKING: The Knockouts Tag Team Title Tournament starts in THREE WEEKS on IMPACT - 8 teams will vie to be the new champions! #IMPACTonAXSTV pic.twitter.com/tgu7qdOyaU

BREAKING: You've asked for it - the Knockouts Tag Team Titles are BACK!

The new champions will be crowned on January 16th at #HardToKill! #BFG2020 pic.twitter.com/mgzhVw7Fnd