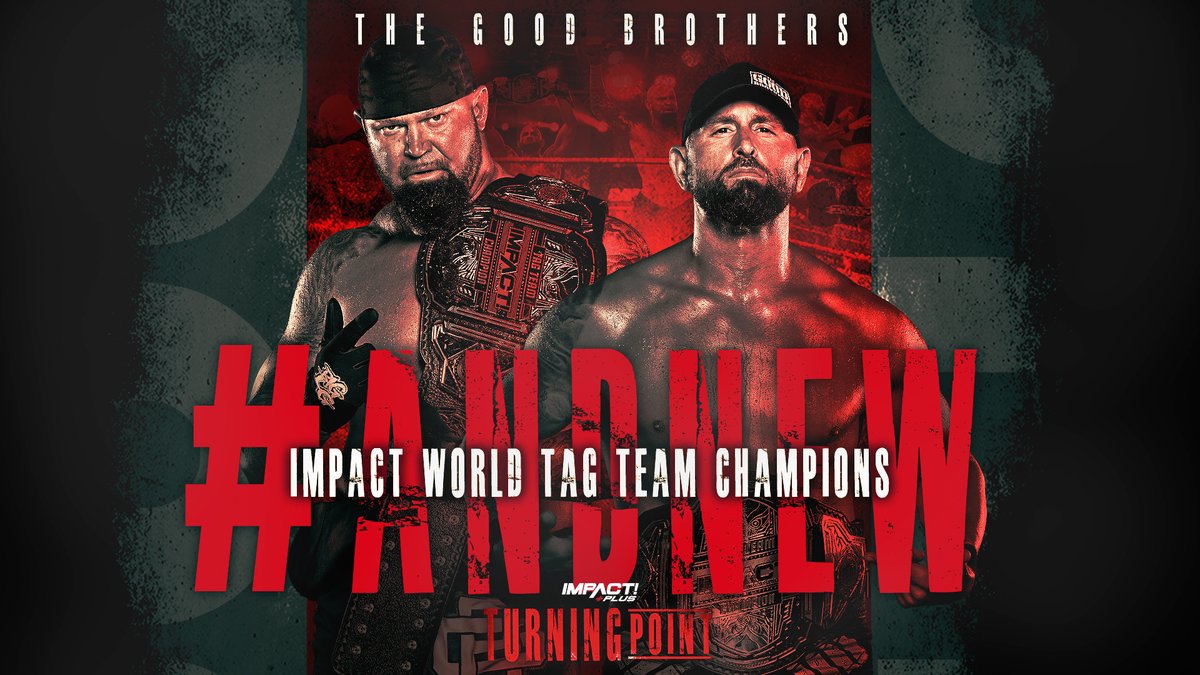 The Good Brothers (Doc Gallows & Karl Anderson) have just won the Impact World Tag Team Championships against The North (Ethan Page & Josh Alexander). This is the first time they have held these titles since they signed with Impact at Slammiversary.

Both teams strategized their gameplay with back and forth high spots. But it was The Good Brothers who came together for a back suplex neckbreaker combo on Alexander. Then, Anderson smashed Alexander with his Stun Gun, which helped them both end the match with a Magic Killer on Page, to become the new champions.

Although their second reign as champions was cut short, The North still holds the record as the longest tag team champions in company history.