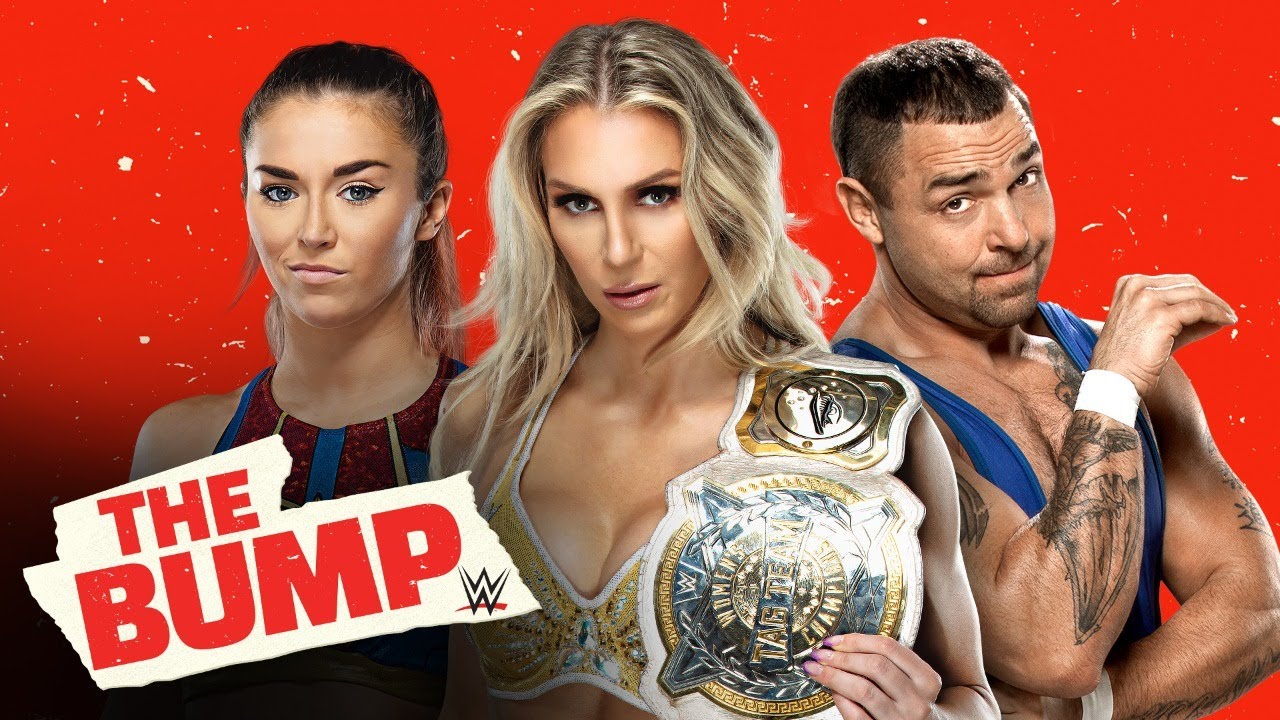 Sitting ringside as the SmackDown Women’s Champion at the first-ever Women’s Royal Rumble, Charlotte never expected to see so much excitement coming from every angle that night. In her interview this week on WWE’s The Bump, she admits that she was very upset she wasn’t able to be part of history that night as an entrant in the Rumble.

“When Asuka won, I was sitting at ringside with the SmackDown Women’s Championship. As much as I was excited for the women, I was so jealous. Like, I wanted to be in there,” Charlotte admitted. “It was the first time that the women from the past, I guess, made a comeback…I wondered what I would’ve been like against them.

“When it came time to be in the next Rumble, and the storyline building up and then lasting up until Becky [Lynch] came in, I think the biggest takeaway is the endurance of it. So, when I say I’m built for it, [I know I am] 100 percent.”

Continuing their discussion on the 2018 Women’s Royal Rumble, Charlotte was speechless to see Ronda Rousey make her WWE debut that night too. But before they got into the post-match segment, she goes back to talking about Asuka becoming the first woman to ever win the Royal Rumble and what a huge accolade that was for “The Empress of Tomorrow.”

“Well, I don’t want to skip over the moment when Asuka won and what she represents. It was like, wow, the women’s division has come full circle,” she said enthusiastically. “Being a mother, being a warrior, having this undefeated streak, having competed all over the world, non-English speaker, I was blown away!

“Then, here comes Ronda. She’s someone who has made it on the outside and has paved the way for women and wants to be part of what we’re doing here; I go wow, that’s pretty cool. For someone of her caliber as an athlete and stardom who wants to be part of the buzz we created, I think this is definitely an investment in the women’s division from a company’s standpoint. ‘Cause the women at that time, like, do I want to say that we are an attraction? Yes. But at Ronda’s level, at that moment, no. So, to make that investment, there were so many things going through my mind. I knew things were going to change. Not change, but be added to.”

After watching Bayley challenge Bianca Belair to an Obstacle Course Challenge last week on SmackDown, Charlotte found herself thinking about having a singles match with “The EST of WWE.” She says a match with someone like Belair would be phenomenal.

“Man, just watching that as a fan, I was like, ‘Man, I want to be doing that with her,'” she chuckled. “I’ve had a moment with her recently on SmackDown. We had a tag match. I had a moment with Bianca in there, and I was like, ok, I know in the future we’re going to make some magic. I think we’re going to have a lot of fun. To me, Bianca shines just as much on the outside as she does on the inside. ”

Despite her return back to WWE at TLC, Charlotte told the panel that being able to win the Women’s Tag Team Championships with Asuka that night and coming full circle from bitter rivals to tag partners was the most rewarding part of her comeback.

“I think just seeing the rivalry with Asuka come full circle, that’s what made it special,” she noted. “Not necessarily winning the titles. Obviously, that was a bonus. But I wore the gold representing when I faced her at WrestleMania 34 as a nod to here.

“To go from her being my mountain to being beside her, you just never know where your career is going to take you. So, I thought that was pretty cool. And then, watching her during the COVID era, to me, she’s the centerpiece for Raw. I’m just proud to be there with her.”

You can watch Charlotte’s full interview above. If you use any of the quotes in this article, please credit WWE’s The Bump with a h/t to Wrestling Inc. for the transcription.