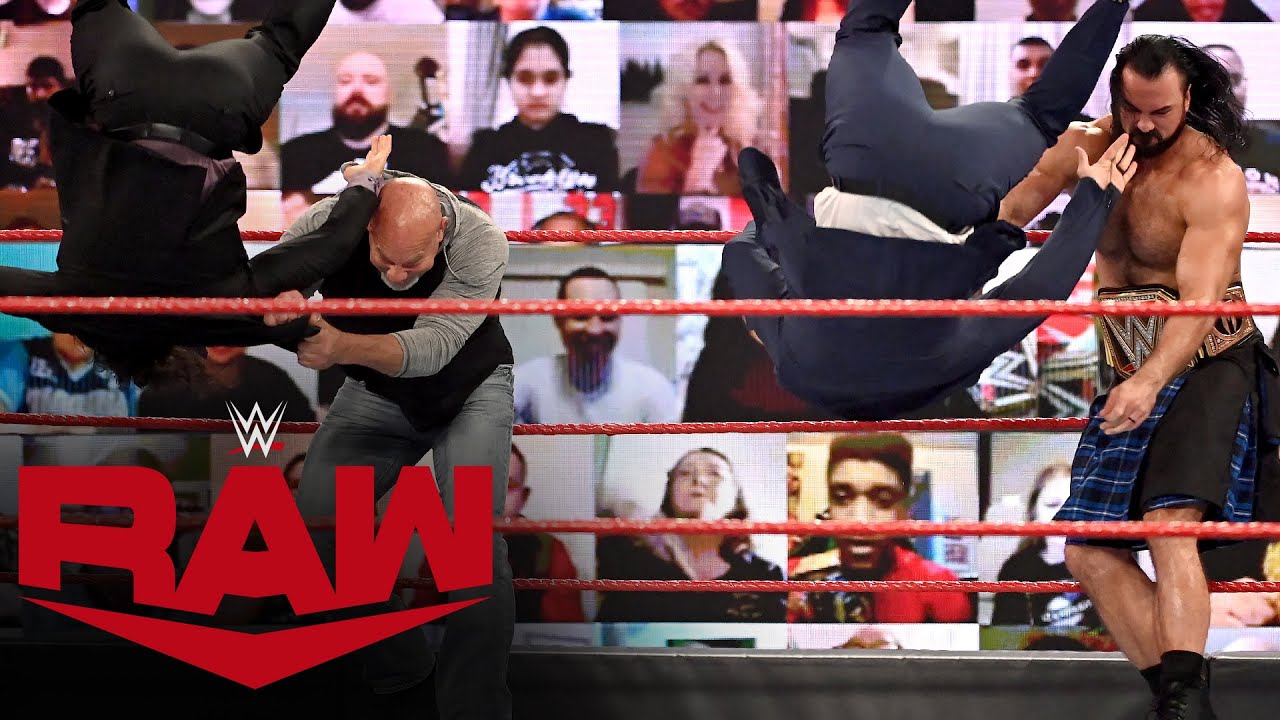 During the latest episode of WWE After The Bell With Corey Graves, Goldberg talked about the current wrestling locker room being soft, as well as Drew McIntyre being WWE Champion. Goldberg also discussed one of the most memorable moments of his career, defeating Hulk Hogan for the WCW title in Atlanta in 1998. He said he was fortunate to be a part of it and happy to see someone like Bobby Heenan call the match, although he did mention that his favorite moment about the match was something that happened off screen.

“I’ve been in the right place and the right time and been very very fortunate to be a part of the legacy of a lot of guys like Bobby Heenan who came before me,” Goldberg said. “To know that that moment is etched in history and having him eliquate his excitement being Bobby Heenan the commentator, that’s one of the coolest things ever.

“I always hark back to the fact that the coolest thing about that night is the [Atlanta] Falcons saving me after we went off the air. That kind of tells you a lot about who I am. The guys who I looked up too, the guys I wanted to be like, were in the ring that night wanting to be me. To see them go out there as professional athletes and just have unabashed fun, that’s one of the coolest things in the world man. It was a great night.”

Goldberg is 54 years old and will be facing Drew McIntyre at the Royal Rumble tonight for the WWE Championship. He talked about the similarities that he’s sharing to Hogan in current day and why this current experience has made him understand what Hulk went through back in the late 90s.

“The funny thing is, I find myself [right now] in Hogan’s position from back in the day,” Goldberg mentioned. “Now I kind of feel like I understand what he was going through getting in the ring with me. It’s a different generation, different time. I just want to thank everybody for being in the right place, right time. Throughout the years, I’ve been in a good place.”

“Corey, I don’t even know where to begin dude,” Goldberg said. “Pardon my french, but it’s like shoving 50 pounds of crap in a 10 pound bag at 54 years old. But, if I didn’t think I could do it, then I wouldn’t be putting myself through all of this. The conundrum is, at 54 your metabolism is not like it used to be, your muscles don’t respond like they used to. You have a short period of time, you try to get as much done in that short period of time as humanly possible.”

“My issue has always been gaining weight. To gain weight, it really cuts down on the amount of cardio you can do. Do I get in good shape or do I look big? In 3 weeks, 4 weeks it’s really difficult to do that. Especially because I took off a couple months because of my shoulder. I’m not going to b---h, I’m not going to cry, I’m ecstatic to be in the position I’m in and it’s my job to come in and make sure these kids are worthy of doing what they’re doing. And I’m not only going to answer the question for myself, I’m going to answer it for everybody else.”

On this past Monday’s RAW, Goldberg and Drew McIntyre went face to face and were interrupted by The Miz and John Morrison, which led to a brawl between the four. Goldberg talked about spearing the Miz and almost having a mishap during that situation. He also mentioned how hard he’s been working to put on a show tonight for the fans and himself.

“I almost bit my tongue off [on Monday Night RAW] with that Spear on the Miz,” Goldberg said. “Something like that is stupid right? Each and every time I get the call, I get back into that mode. It’s not hard to get into the Goldberg mode, it’s hard to get into the Goldberg physic. I’m busting my ass, I’ve got a short window, but I’ll be more than ready, you can bet your ass on that.”