Impact World Championship Match Set For “No Surrender,” Matches Set For Next Week 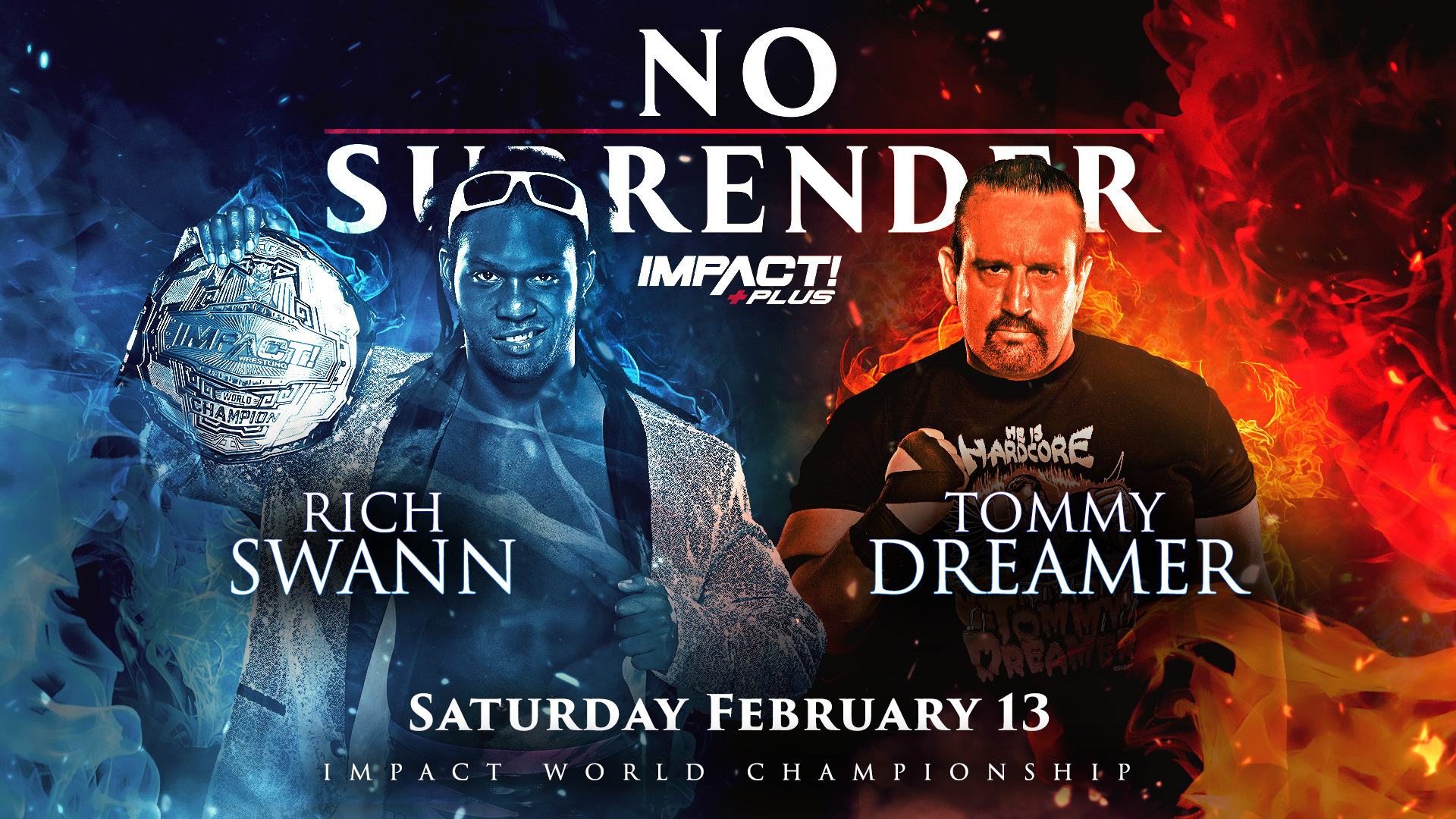 Impact management has officially declared that the Impact World Champion Rich Swann will defend his championship against Tommy Dreamer at No Surrender on Saturday, February 13.

This match came to be after Swann called Dreamer out to join him in the ring. Since Dreamer’s 50th birthday falls on the night of No Surrender, Swann thought it would be fitting for “The Innovator of Violence” to have this title opportunity.

Both men found themselves teaming up later on in the broadcast after a big fight broke out when Swann announced Dreamer as his next contender. They ended up winning their scheduled eight-man tag team match with a returning Trey Miguel and Willie Mack.

BREAKING: On @THETOMMYDREAMER's 50th birthday he will challenge @GottaGetSwann for the IMPACT World Championship on February 13th at #NoSurrender!

–  Speaking of No Surrender, Private Party (Isiah Kassidy and Marq Quen) and Matt Hardy will make their return next week. This week, the number one contenders and Hardy spoke about the possibility of Private Party becoming both the Impact and AEW Tag Team Champions.

Next week will also see: