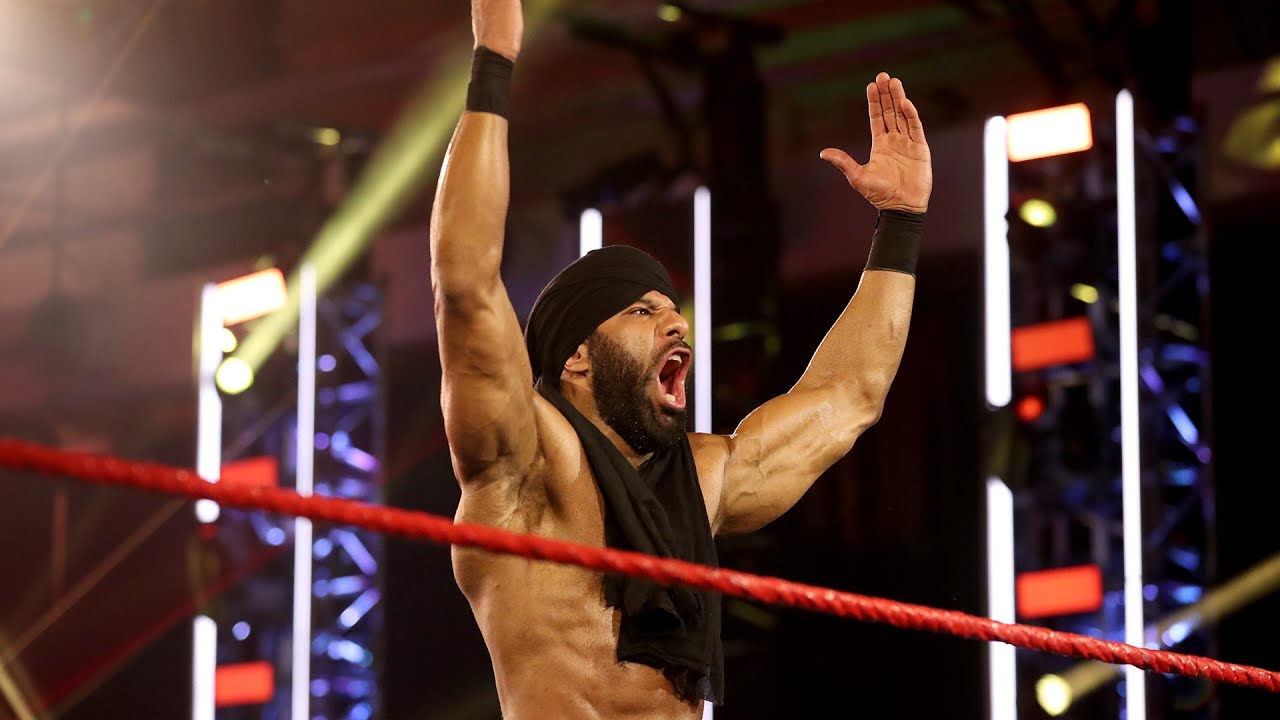 Jinder Mahal spoke with Vipin Raghuwanshi of ITN Wrestling before his return at WWE Superstar Spectacle, which airs on the WWE Network this Tuesday at 9:30 am ET.

After undergoing two knee surgeries, Mahal has been out for basically a year and a half, needless to say, he’s ready to get back in the ring.

“I am very very excited [for WWE Superstar Spectacle],” Mahal said. “And actually, this is hashtag #TheReturnOfMaharaja. I’ve been away for almost one and half years. I am very excited, in shape and getting fit to bring something special to Superstar Spectacle. The preparations for the return are going on good. Exercise, diet, in-ring work, knee is feeling good.”

At the upcoming WWE show, Jinder Mahal and The Bollywood Boyz are scheduled to take on WWE Champion Drew McIntyre and Indus Sher. Mahal said despite McIntyre being his friend, he has the title and Mahal wants it back.