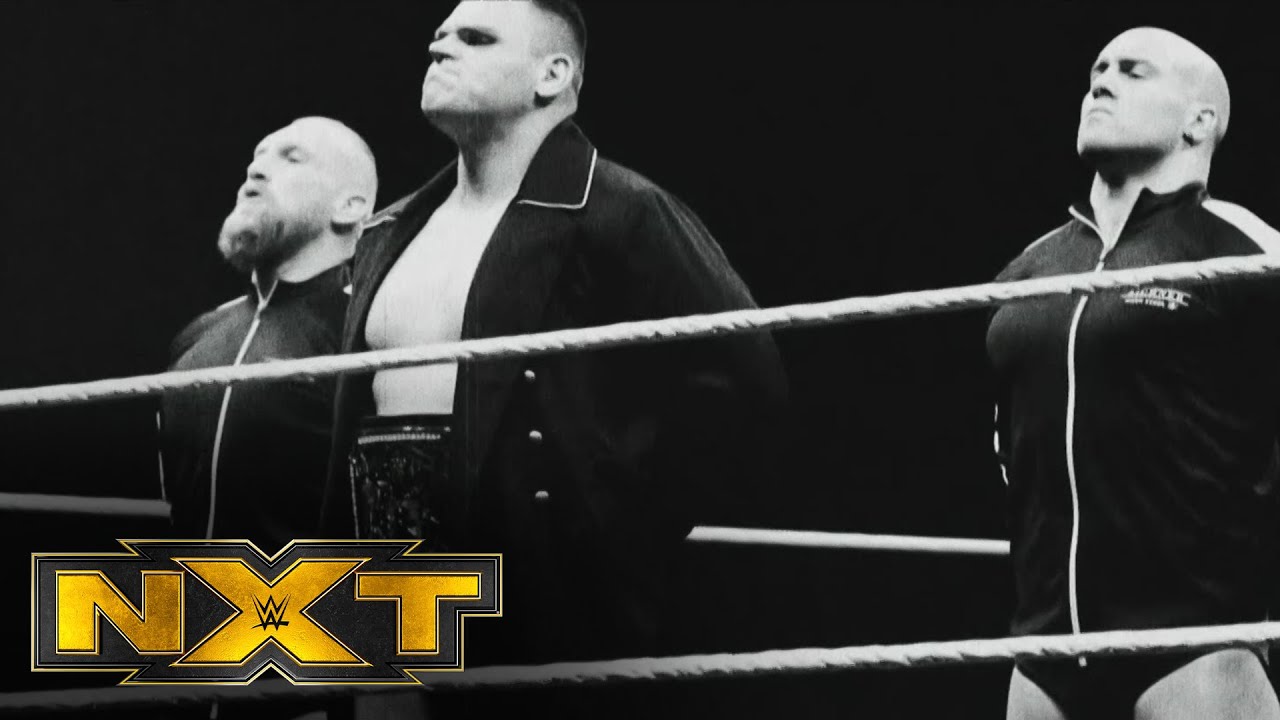 Wolfe, Aichner and Barthel talked about how the group stood together on American soil one year ago, but then they were isolated to different parts of the world. They then noted that while WALTER has dominated NXT UK as champion, along with Wolfe, Barthel and Aichner held the NXT Tag Team Titles at one point. It was then said that this domination is not enough because Imperium’s power has been its unity, and its unity will restore its global domination. Wolfe ended the promo by declaring that his arrival is only the beginning.

– Today’s new NXT UK episode on the WWE Network will feature Ben Carter’s second match for the company. There’s no word yet on who he will be wrestling. The top international star recently made his WWE in-ring debut with a loss to NXT Cruiserweight Champion Jordan Devlin.

The episode will also feature a Fatal 4 Way Elimination Match to determine the new #1 contenders to NXT UK Tag Team Champions Gallus. The match will be The Hunt vs. Flash Morgan Webster and Mark Andrews vs. Pretty Deadly vs. Oliver Carter and Ashton Smith. Eddie Dennis is banned from being at ringside to support The Hunt.

You can click here for our live NXT UK coverage, which begins at 3pm ET.

Triple H took to Twitter last night and praised both teams from the women’s match, which saw Kai and Gonzalez defeat Aliyah and Jessi Kamea.

“Impressive indeed. Great showing from @JessiKameaWWE and @WWE_Aliyah but the power and experience of @DakotaKai_WWE and @RaquelWWE secured their place in the next round of the #DustyClassic. #WWENXT,” he wrote.

“A [fire emoji x 3] match brings #GYV to the next round of the #DustyClassic. With that kind of teamwork they may #soon find themselves back in the finals…. #WeAreNXT #WWENXT,” he wrote.

A 🔥🔥🔥 match brings #GYV to the next round of the #DustyClassic. With that kind of teamwork they may #soon find themselves back in the finals…. #WeAreNXT #WWENXT https://t.co/5449Mr56m0