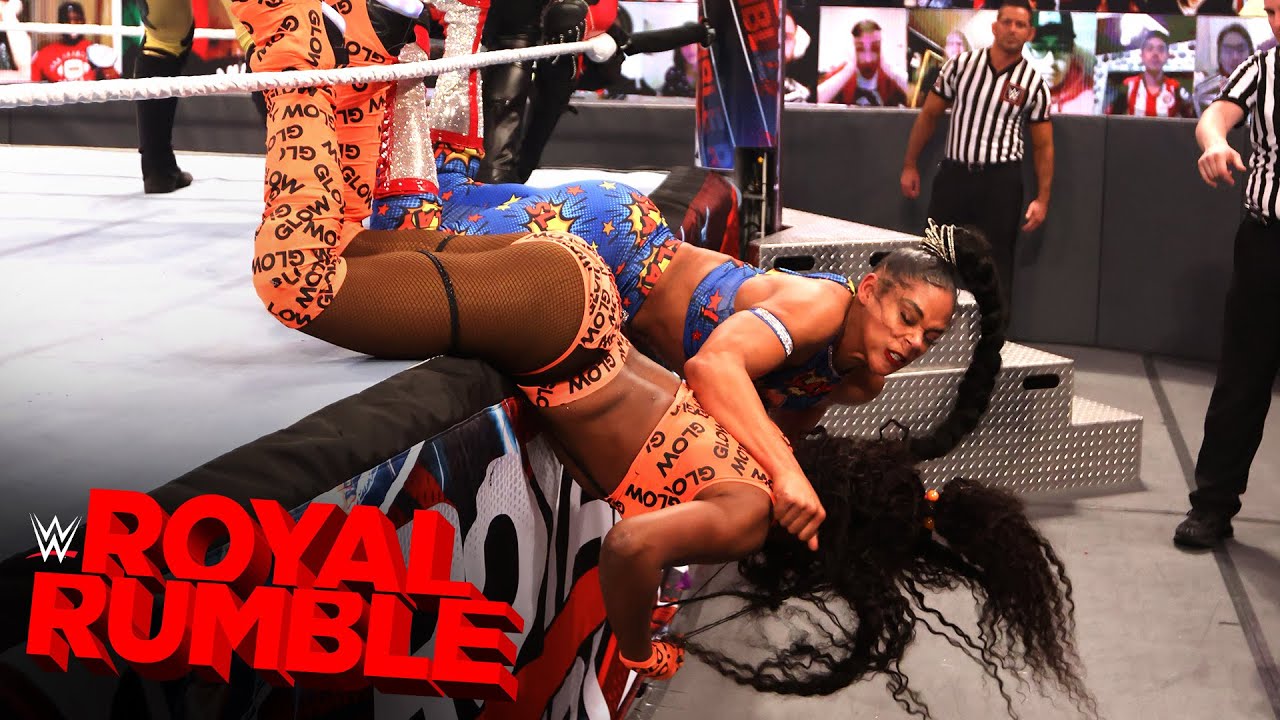 Heading into the Royal Rumble, there was no clear consensus on who would win the women’s match but Bianca Belair was the 3/2 favorite per BetOnline. Their confidence in her paid off as Belair overcame being the third entrant to last nearly 57 minutes and win the Women’s Royal Rumble.

It is the biggest moment to date for Belair who has been on the main roster for under one year. It also made her the second black Superstar to win a Rumble following The Rock’s win in 2000 and Belair discussed that in an interview with Complex.

“It’s crazy. I didn’t know that fact until I got backstage and Kayla actually told me,” stated Belair. “It’s crazy that I never ever saw myself being in this position and I’m here now and creating history in the process of just trying to be me and trying to go after my goals and in the process, I’m creating history. Being a part of representation, it’s an amazing feeling. It’s one thing to win the Royal Rumble and get your tickets to WrestleMania, but it’s another thing to add even more purpose to it while you’re doing it. It’s amazing.”

After Belair eliminated Rhea Ripley last to win the Rumble, cameras followed her backstage where she had an emotional celebration with her husband Montez Ford. Belair recalled that special moment.

“It’s just amazing that I’m doing this alongside the person I love. And to be able to have your husband standing there as soon as you walk through the curtain, he’s the first person you can go to. I just went to him and I hugged him and we really didn’t say much at first, we just embraced each other and then we prayed. I didn’t know what to say. I couldn’t find my words. It’s bringing tears to my eyes thinking about it, but I couldn’t find my words,” revealed Belair.

“And the only thing that I could think in that moment was to pray. So, we hugged and I just looked up at him and I said, ‘Can we pray?’ I couldn’t find the words but he prayed. He prayed with me. He prayed for me. And that was the moment that we shared after the match.”

With Belair winning the Royal Rumble, she has a big decision in front of her as she’ll have to decide which championship she wants to challenge for at WrestleMania 37. Asuka is the current Raw Women’s Champion while Sasha Banks is the SmackDown Women’s Champion and Belair was asked if she’s given any thought as to which title she’ll challenge for.

“I think it’s a huge decision and I’ve been thinking about it, but in this moment, the fact that I won the Women’s Royal Rumble match, I’m just living in the moment. When I was in the ring [Sunday] night, it kind of hit me in two different stages. When I won, I was in a moment of everything just slowed down, and the realization of, ‘I just won the entire Royal Rumble, 30 women in the ring and I’m the last one standing.’ That moment hit me up like, ‘Oh my God, I just won the Royal Rumble and I’m celebrating that,’” said Belair.

“And then looking over and seeing the WrestleMania sign, it hit me like a couple of seconds later I was like, ‘Oh, wait, you’re going to WrestleMania.’ It hit me at two different times and it was like a wave of emotions. And so just, the fact that it just hit me at two different times, I’m just living in the moment of winning the Royal Rumble and just trying to figure out my emotions right now and trying to not cry every five seconds. So, I feel like I don’t want to make an emotional decision right now. I’m just trying to like get my emotions in check and weigh my options and then go from there.”