Brandi Rhodes Talks Having A Tough Pregnancy Due To PCOS 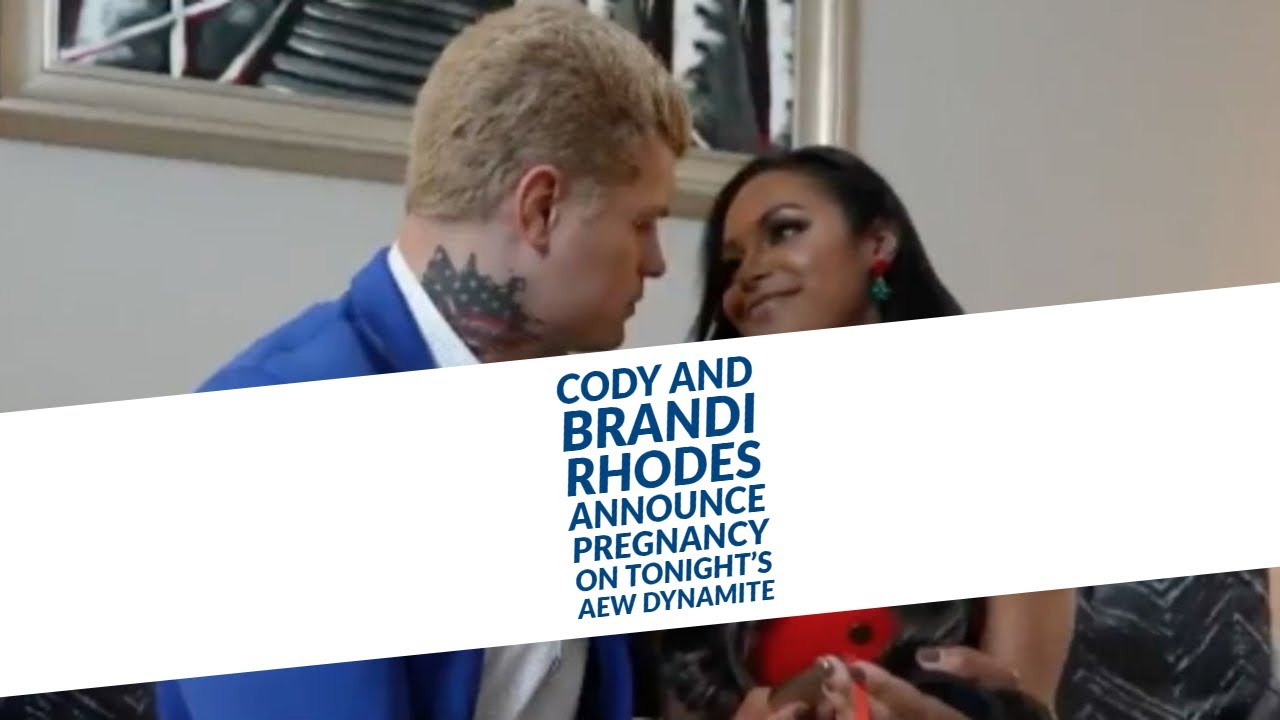 Just two months ago on AEW Dynamite, Cody and Brandi Rhodes shared some exciting news with their co-workers and fans when they revealed they were expecting their first child. Now that she’s out of the limelight and taking a leave of absence, Brandi finds herself riding the hard and indescribable waves of pregnancy.

This week on Oral Sessions with Renée Paquette, Brandi Rhodes briefly describes what her day to day life has been like since her big announcement.

“Well, today is ok,” Brandi Rhodes noted at the beginning of her interview on Oral Sessions. “I’m sure you figured this out; everything has to go a certain way; otherwise the day could go very bad. So, I’m on my third try to get rid of the nausea with [some] medication, which is a patch that I have to put behind my ear, and you have to replace it every three days…Now, I think everything is flowing, and I’m feeling ok.”

It’s not unusual for stars like Brandi to keep things private during a big moment like this in her life. That’s why it came as a shock when she and Cody’s families found out about the big news way before they broadcasted it on Dynamite.

“My family was very surprised. Cody’s family was very, very surprised,” she informed. “I think everybody just assumed I wasn’t interested because I don’t talk about it; it’s a private thought system that I’ve had. In my mind, I’ve always just wanted one. This is a blessing and let’s just roll on from here.”

In more detail, Brandi revealed in her interview the complications she’s having during her pregnancy. Most of her complications stem from her diagnosis with polycystic ovary syndrome, which is a hormonal disorder that can cause infertility issues for women diagnosed with it. For her to have this child is a blessing in disguise, as she describes to Paquette.

“One of the reasons this isn’t easy is because I have PCOS [polycystic ovary syndrome],” she announced. “It’s serious. Women have a lot of trouble trying to get pregnant when they have it, so it’s kind of nuts to me that I did. I found out that I had it right before I got pregnant. So, once I found that out I was like, ‘Oh, it’s not going to happen.'”

Although some women enjoy the changes that come with pregnancy, Brandi reveals that she is not too happy with her body transformation.

“I will say that I’m not into my pregnant self,” she revealed. “But Cody seems to really like the bump. He is really into it and kisses it all the time. He’s always rubbing it and touching it, so he likes it. Just for myself, I would like to go on a babymoon at some point. I was like, ‘I’m going to put on one of my bathing suits on and see what it looks like.’ I put it on, and it was ridiculous.”

Although there are other positions for Brandi in AEW, she has decided that it’s best for her and the baby to step away from the squared circle and focus on their health. She says it’s hard to sit on the sidelines when she knows she can’t get involved in storylines, including the one she was starting to have with Jade Cargill when she knows she can’t physically compete.

“I don’t really plan to,” she noted. “It’s a wrestling show, so who wants to see a pregnant lady? There’s been times where people have asked me, ‘Do you want to be on commentary for this? Or do you want to be part of this?’ I’m thinking, ‘I wouldn’t want to see me on commentary, ’cause I’m not going to do anything.’ Someone could get into my face, and I couldn’t do anything; it’s anti-climatic. But I don’t know. I say no sometimes, and then I get shoehorned into doing something. I’m trying to stay out of it.”

For those wondering if she’ll keep fans updated about her pregnancy journey on social media, she has decided that she would like to keep things private for now. She believes what needed to be said has been said, and there’s nothing else fans need to know at this time.

“No, not really,” she answered. “I’m really happy with how we decided to let everyone know because we hadn’t let anyone know other than our immediate family. I watched that video standing behind the curtain with Arn Anderson. I told him, ‘Hey, Arn, watch this video just so you know.’ He watched the video and said, ‘Is that real?’ I was like, ‘Yes, it’s real!’ He was so happy and excited, so that was fun to share that kind of news with everybody. I feel like I’ve done my job there. I feel like I don’t have to share anything else if I don’t want to.”