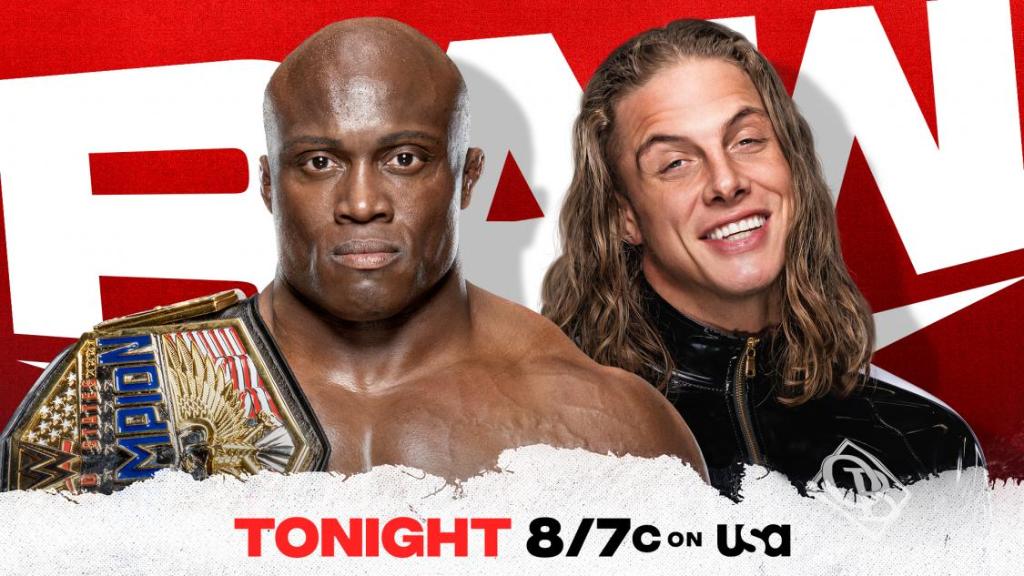 Both the United States and RAW Tag Team Titles will be on the line tonight on Monday Night RAW.

WWE announced on their Twitter that Riddle will challenge WWE United States Champion Bobby Lashley for his title tonight. The Original Bro previously challenged Lashley for his gold on the January 11 edition of RAW three weeks ago, where he came up short. Riddle teased wanting this match taking place inside NXT’s Fight Pit, but it looks like it will be a standard singles match tonight.

More of the Hurt Business’s gold will be up for grabs, when RAW Tag Team Champions Cedric Alexander and Shelton Benjamin face challengers Lince Dorado and Gran Metalik of Lucha House Party.

Another edition of MizTV has also been confirmed, this time with special guest Bad Bunny. This comes one night after the rapper landed a top rope cross-body on The Miz and John Morrison.