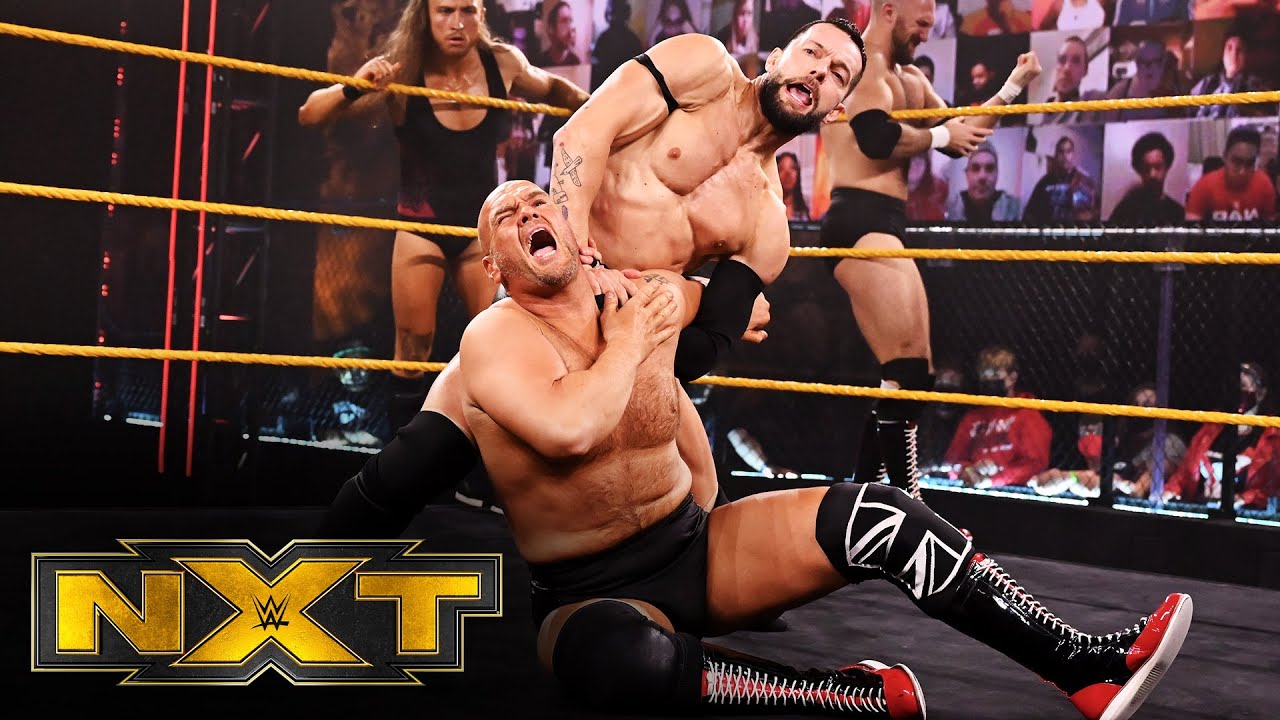 At this past Sunday’s NXT TakeOver: Vengeance Day, Finn Balor defeated Pete Dunne to retain the NXT Championship in the main event. After the match, The Undisputed Era came to the ring to help Balor fend off Dunne and his stablemates Lorcan and Burch and as the show appeared to close with Cole, O’Reilly, Strong and Balor in the middle of the ring, Cole shocked the world. Adam Cole hit Finn Balor with a superkick and then hit Kyle O’Reilly with another superkick and walked off as to symbolize the end of The Undisputed Era.

As a guest on this week’s episode of WWE’s After The Bell Podcast With Corey Graves, Finn Balor talked about who he sees as the next challenger for his title after defeating Dunne at Vengeance Day. Balor mentioned a few of the top superstars in NXT and mentioned the segment after his match with Dunne that questioned UE’s continued brotherhood. He said he’s been in many groups over the years and this could either breakup the group or bringing them closer together.

“You could go to the usual suspects,” Balor said. “Kyle is standing out, Adam Cole is standing out, Karrion Kross is standing out, someone in NXT is Noah who I feel is standing out and has a huge future ahead of him. We were all left a little confused as to how TakeOver went off the air, that’s something we’ve got to expect. Being in a unit or group or club in the past, there’s always those internal struggles, if there in front of the camera or behind the camera. I feel like those guys are going through that right now so they’ve got to figure that out by themselves.”

“Whether they stay together or whether they move on is kind of going back to what I was saying about my career in Europe and Japan, they’ve got to choose the right time to do that for them. If it’s now and they split, we’ll see it on NXT. If they feel it’s the right time to stay together and keep pushing forward I’m sure that’s what they’ll do too.”

Balor continued to talk about comparisons to his first run in NXT as NXT Champion in 2015 to now in 2021. He said NXT as a whole is a completely different brand and the wrestlers are more focused on individual success rather than the success of the brand.

“I know I’m the champion and I know everyone wants to challenge me. In the past, that wasn’t necessarily the case, it was like Finn’s the champ but we’re all working towards the same goal. Now I know everyones looking at me saying I want to be the champ. That’s the real difference in the mindset. It’s gone from being a team group to being very much an individual goal for someone to be the champ or be the best and prove themselves.”

Balor was asked who he would love to see come from the main roster to NXT and be able to face off against. He said everyone on the roster could learn so much from this star and it would be a game changer on every aspect.

If you use any of the quotes in this article, please credit WWE’s After The Bell With Corey Graves with a h/t to Wrestling Inc. for the transcription.