Changes Made To Impact Wrestling “No Surrender” Card 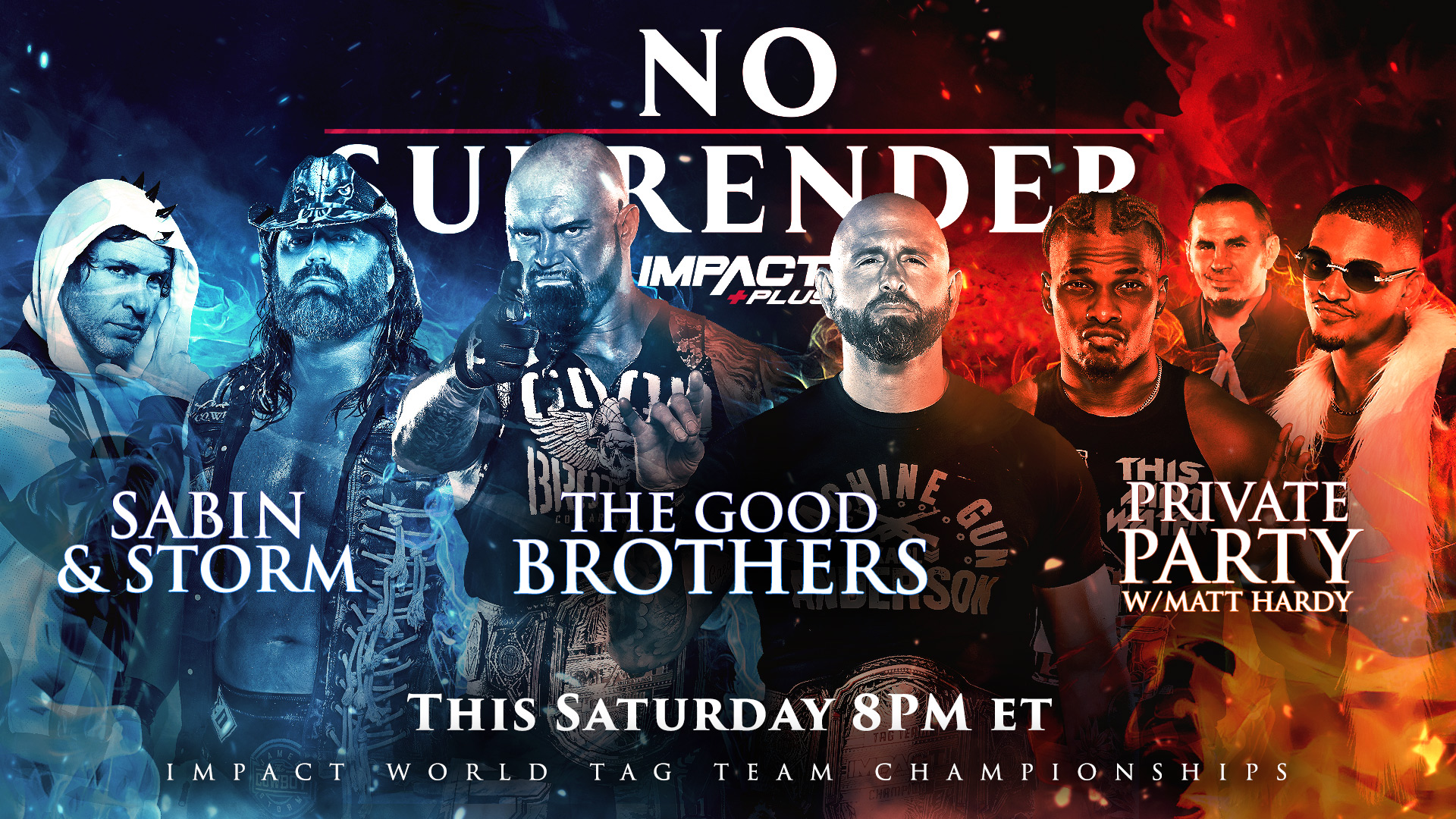 Tonight’s Impact Wrestling saw new changes and added matches to their Impact Plus exclusive event, No Surrender. The Impact World Tag Team Champions, The Good Brothers, will now be squaring off against AEW’s Private Party and James Storm & Chris Sabin.

In the main event match this week, The Good Brothers were set to defend their tag team championships against Storm and Sabin. As Sabin was going for a cover on Karl Anderson, Private Party interjected in the match, costing both teams a fair match. So, Executive Vice President Scott D’Amore took it upon himself to add Sabin and Storm to the co-main event match on Saturday.

In addition to that match, the Knockouts Tag Team Champions Kiera Hogan and Tasha Steelz (collectively known as Fire ‘N Flava) will also put their titles on the line against the Havok and Nevaeh in a Texas Tornado, No Disqualification Match. This will be the second time these two teams have faced each other since their historic match at Hard To Kill in January.

Also added to the card for this Saturday, Decay with AAA’s Black Taurus will take on XXXL and Tenille Dashwood. Deonna Purrazzo, Kimber Lee and Susan will clash against ODB, Jazz and Jordynne Grace. Lastly, Deaner will face his former ally Jake Something (fka Cousin Jake).

Josh Alexander vs. Willie Mack vs. Trey Miguel vs. Suicide vs. Daivari vs. Blake Christian vs. Chris Bey vs. Ace Austin

Three competitors start the match and a new competitor will enter after someone is eliminated until everyone has entered. The final three competitors will battle until there is a winner, by pinfall or submission.

Matt Cardona and Eddie Edwards vs. Brian Myers and Hernandez

Deaner vs. Jake Something

– Just before he takes on the Impact World Champion Rich Swann this Saturday, Tommy Dreamer received a shower of encouraging and early happy birthday messages from both the Impact and AEW locker rooms, which you can see below. This Saturday, Dreamer will not only receive an opportunity of a lifetime as he challenges Swann for the title, but he’ll also be celebrating his 50th birthday.