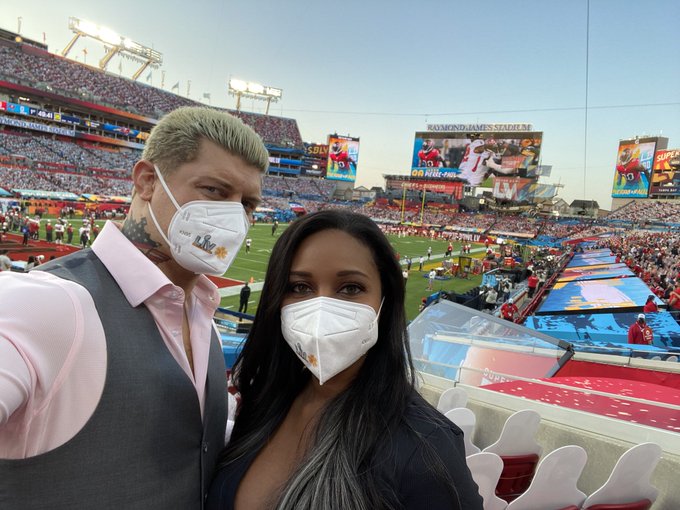 The event this year is at the Raymond James Stadium in Tampa, Florida.

It was on the December 16, 2020, edition of AEW Dynamite, where Cody and Brandi announced they were expecting their first child.

As reported, Cody Rhodes and Red Velvet (with Arn Anderson) vs. Shaq and Jade Cargill is officially set for Dynamite on March 3.

Below are photos that the couple shared on Twitter:

We made it! #SuperBowl pic.twitter.com/Y9nsD6ssCF