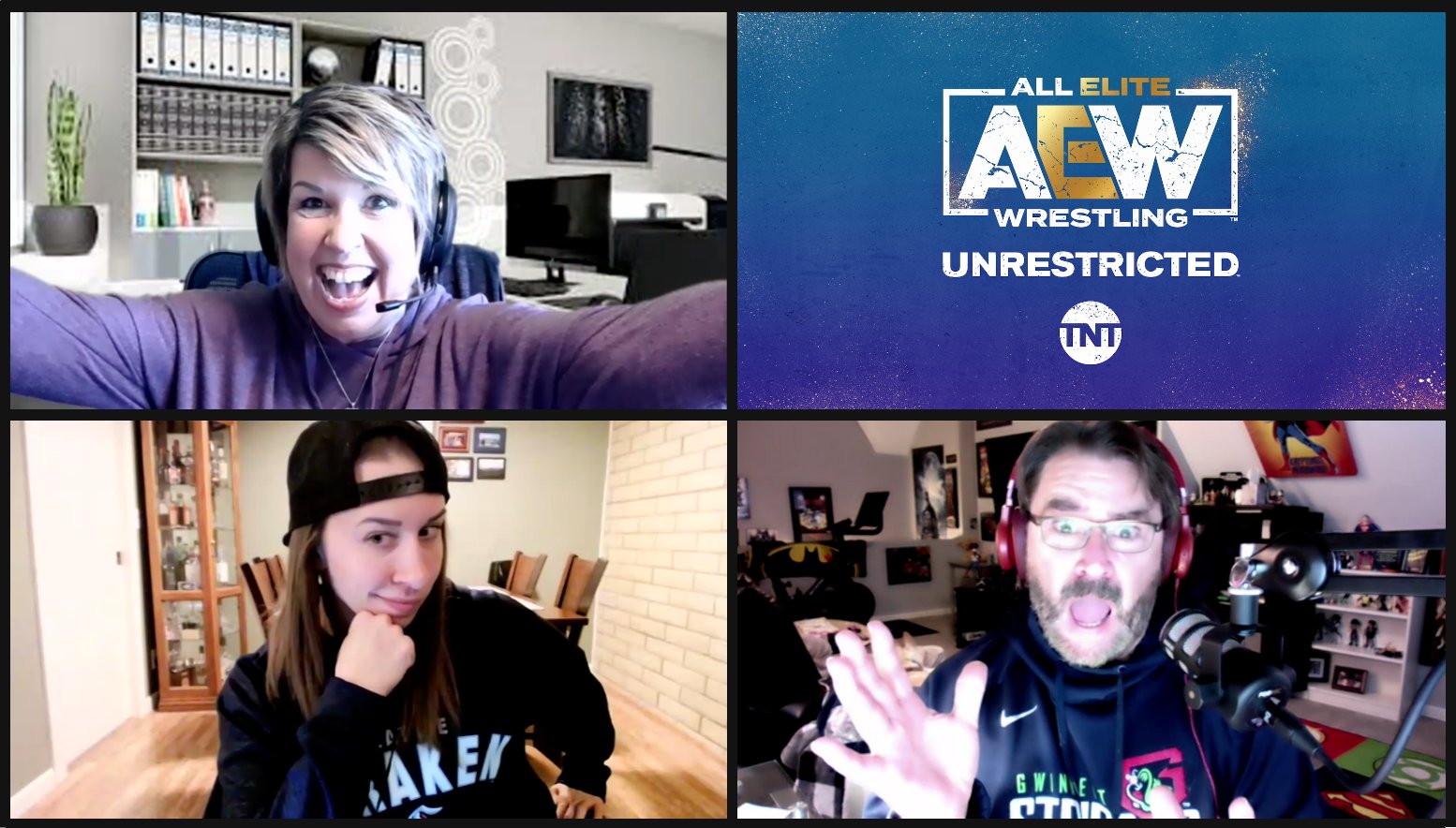 Current AEW manager Vickie Guerrero was on the latest episode of AEW Unrestricted where she discussed her time in AEW with Aubrey Edwards and Tony Schiavone. They asked her how she got into the business, and she had a quick answer before elaborating more.

“Eddie told me to,” Vickie laughingly said. “During that storyline, it was Rey Mysterio and Eddie for the child custody case of Dominik, and so it was going really well between Rey and Eddie. And then when Vince McMahon wanted the family to get involved to make it seem more personal, I thought it wasn’t going to come to fruition, but it did.

“We started bringing the girls in and me in, and to be able to perform backstage and do different segments with Eddie, Eddie was a perfectionist. He would just beat himself up over the littlest things. So the pressure was on me to not screw up because I had to go home with him. So that was something that was even twice as hard for me to try and do my best without getting that, well you’ve probably seen it Tony, Guerrero look.

“He really helped me a lot because this is not what I did for a living. I was just a mom taking care of our girls. So he really coached me a lot, how look in the camera, how to work, how to stand and what to say and how to say it. He was so great. I wish it would have been more of him being alive longer where I could work with him more, but it’s just weird how life works out. I just had that great moment with him before he passed.”

Eddie grew in popularity in WCW. Schiavone confirmed how much of a perfectionist Eddie was during their time together in WCW.

“I know what you’re talking about because Eddie would have, when I worked with him in WCW, some of the most sensational matches ever, and I would go backstage at the end of the night,” Schiavone recalled. “And if he was still back there, I would make it a point to let him know how great it was, and he will go, ‘Yeah, I don’t know.’ It’s like, ‘Would you stop it? You’re the best performer here!’ And he was like, ‘Well, there was one thing.’ So he was a perfectionist, beyond perfection.”

Schiavone then followed up and asked Vickie if she ever thought about leaving the wrestling business after Eddie passed. She admitted that she did, but when she did come back, she enjoyed her time and stuck around for longer than expected.

“I did. After we inducted Eddie into the Hall of Fame, me, my girls, Chavo, there was Chris [Benoit] and Rey, I thought this is it,” Vickie admitted. “This is the extent of where I’m supposed to be in the wrestling family so to speak, and I left for some months just to, first, take care of my girls because we were going through so much at home, but to be able to just kind of step away, I don’t think I was really paying attention to the wrestling business that much just because it’s just personal.

“But when Johnny (John Laurinaitis) called me, it probably was August and said, ‘Hey, we’d like to bring you in just for a few months just to help with some of the storylines and keep Eddie’s name and keep his memory alive.’ And I told him, ‘Just two months,’ because I have the girls. We were living in Phoenix, and I was trying to sell my house to go to El Paso. And he’s like (Vickie does a Laurinaitis impression), ‘Sure, that’s fine.’ Two months and I was memorizing promos, and I was doing really well. And they’re like, ‘Hey, we’d like to extend you another year and see how it goes in a year. It ended up being 10 years, and so I sit back still amazed that I was able to go that long as a Superstar.”

Vickie later took fan questions, and one person asked if there is room for an authority figure role in AEW. Vickie noted that she has pitched a storyline for her to be general manager.

“Well, I’ve submitted a storyline to the agents about being a general manager,” Vickie revealed. “I know there’s no general manager on AEW. So you know ‘Basic Instinct’ with Sharon Stone where she’s at the desk, and she has the long legs and she crosses them. She wears a short skirt.

“I can picture me trying to manipulate Tony Khan by romancing him and being seductive with him and giving him my woman power to say, ‘just let me be general manager, just for a month. Just let me try it.’ Of course, as a heel, I’m never going to be a general manager, but I think the segment’s would be so incredibly uncomfortable for Tony that it would get great ratings.”

Previous
Backstage News On Why WWE Moved Karrion Kross Vs. Santos Escobar To Next Week
Next
AEW Dynamite And WWE NXT Viewership Up This Week