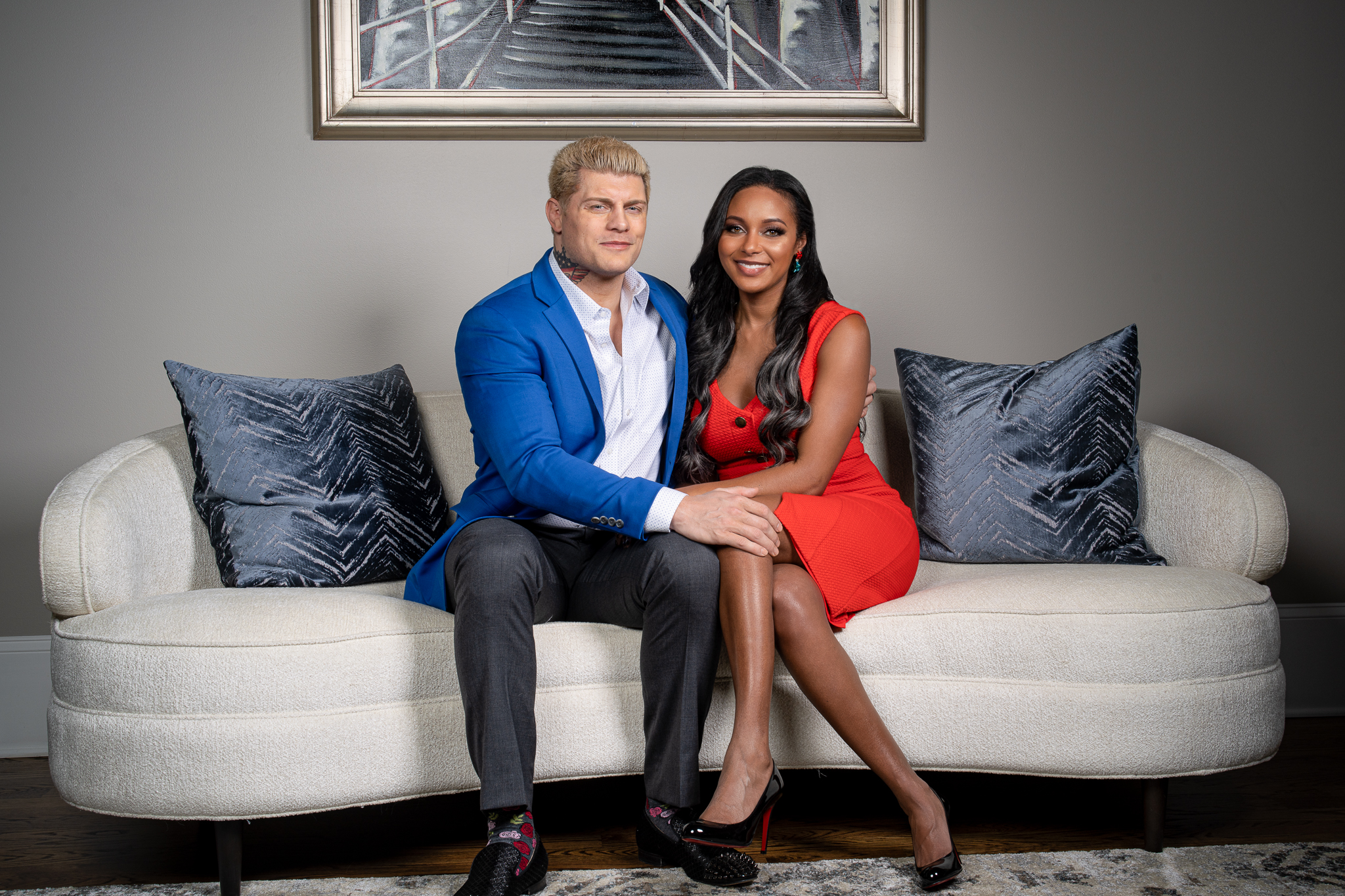 This past Wednesday on AEW Dynamite, TNT announced a new reality series starring Cody and Brandi Rhodes. Rhodes to the Top will follow the daily lives of the Rhodes and how they balance their work lives with starting a family.

Speaking with Scott Fishman of TV Insider, Brandi Rhodes detailed that this series has actually been in the works for over a year.

“We started to talk with TNT and WarnerMedia about this right before COVID hit,” Brandi said. “We were approached by Shed Media [a division of Warner Bros. Unscripted & Alternative Television]. They had this idea, we talked about it and kept in touch. As soon as WarnerMedia started shooting again, we started putting together what the show would look like. It’s going to be different than I believe a lot of people think. It’s a good opportunity, but what it does more than anything is show the relationship TNT and AEW have. They like us. We really like them.”

Reality television is not exactly new territory for AEW’s Chief Brand Officer. Brandi was a cast member on WAGS: Atlanta in 2017. According to Brandi, she was not impressed with that experience.

“I would not be a cast member on a show like that again,” Brandi recalled. “WAGS: Atlanta had great people. They had interesting stories. They had a terrible director and producers, so that is what happened.”

Brandi says she is a lot more trusting this time around because of how involved Cody and her are with the production side of things.

“In this case, Cody and I are producers. We know what the content is that we are going to be filming,” Brandi stated. “It’s somewhat collaborative because [AEW owner] Tony Khan is an executive producer. Then we have our Shed and TNT family. It’s a much different feeling when you have the ability to say, ‘These are the stories and moments coming up we would like to focus on.’ It’s a completely different situation this time.”

Between her duties as AEW’s Chief Brand Officer and her ongoing pregnancy, Brandi is set to be very busy over the next few months. That said, Brandi notes she is ready for the packed schedule.

“I plan not to miss a beat. There is obviously the reality that once you come home from the hospital you do have a recovery period,” Brandi said. “I will do my best to be patient and let that healing process happen. As soon I’m cleared by doctors and ready to go, I’m back to work fully. I’m going to be back on the road. I’m definitely not going to stay at home.

“My plans are not to travel with the baby. We do have a fantastic nanny on hand that we’re really excited about. She will be an integral part of the baby’s life. We also have a great supportive family in Atlanta as well. I like new challenges and new things happening. This baby is the biggest challenge that I’ve been faced with. So I’m like, bring it on. I can’t wait to meet her and see what works for her and doesn’t work for her. How I can adjust. I think we’re going to be an awesome team.”

Rhodes to the Top will air on TNT later this year.