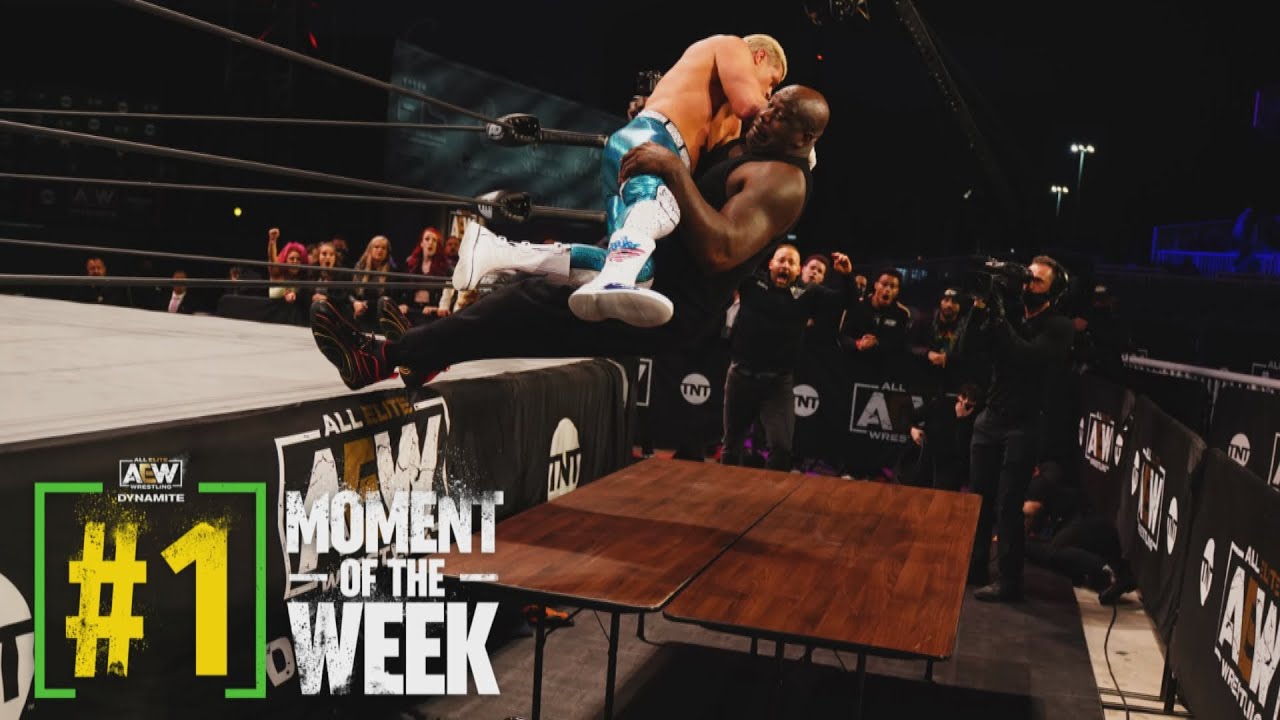 The Miami Heat’s Twitter handle used the Shaq table bump video from this week’s AEW Dynamite to celebrate the team’s 103-93 victory over the New Orleans Pelicans on Thursday night.

As noted, Shaq received a lot of praise from the pro wrestling community for taking several bumps during his AEW in-ring debut on Wednesday. In a wild match, Cody Rhodes hit a running crossbody to send both himself and Shaq down through two tables placed on the floor. Shaq sold the bump like a pro and didn’t get back up on his feet for the rest of the match.

Earlier in the match, Shaq paid tribute to the late Brodie Lee by hitting a powerbomb and then got scoop slammed by Rhodes. The team of Shaq and Jade Cargill eventually defeated Rhodes and Red Velvet.

"As God is my witness, he is broken in half!" #WINNING pic.twitter.com/uKMZPUtxoZ