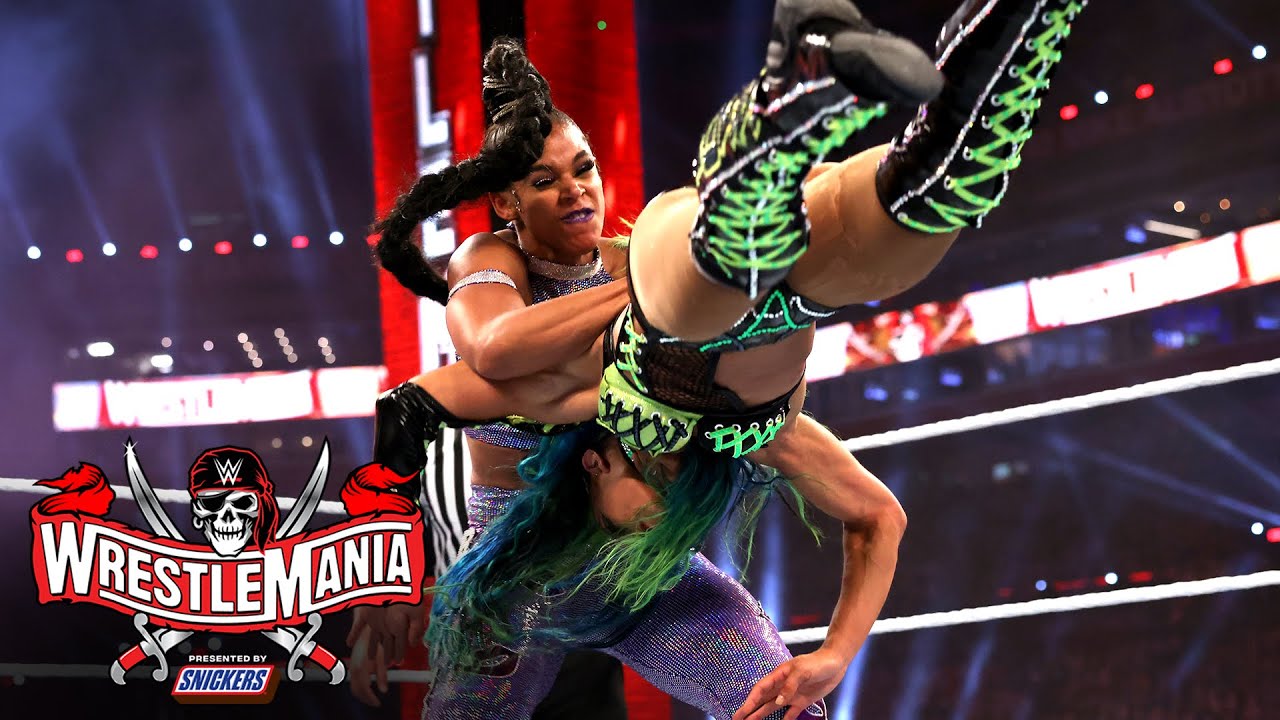 After seeing new female champions crowned across the WWE brands this last week and weekend, WWE Hall of Famer Bubba Ray Dudley (Bully Ray) is ecstatic to see where the women’s division will go from here. During his interview on WWE’s The Bump, Dudley mentioned how inspiring it is to watch these new champions go from being rookies to top contenders on their brands.

“I am so excited for the future with Bianca [Belair], Rhea [Ripley], Raquel [González], Charlotte [Flair], Sasha [Banks], Nattie [Natalya], Bayley and Asuka. When you look at those names on paper, the possibilities are endless,” Bubba Ray Dudley exclaimed. “I saw the picture on social media this morning of Raquel, Bianca and Rhea from a couple of years ago to what they are now as champions across all platforms on the WWE.

“I looked at girls who became women. I watched rookies who became champions. It was great to see Bianca, Raquel and Rhea all achieve victories over WrestleMania week.”

A huge advocate of Bianca Belair’s since day one, Dudley compared Belair/Sasha Bank’s staredown before their historic main event match on Saturday to Andre The Giant and Hulk Hogan’s predated WrestleMania 3 staredown from 34 years ago. The panel was quite surprised by the comparison.

“Look at Sasha and Bianca face-to-face. I’m going to make a crazy comparison here about another WrestleMania moment,” Dudley hinted. “But think about Andre and Hogan face-to-face, soaking it all in. I wish they would have stayed there just a little bit longer, but that moment is going to stand out to me from this year’s WrestleMania.”

Before concluding his interview, Dudley was asked what his favorite moment and match of the week was. His moment, of course, was Belair/Bank’s staredown, but his match choice was the grueling lockup between WALTER and Tommaso Ciampa on Night One of NXT TakeOver: Stand & Deliver. Earlier in his interview, he mentioned that match saw some amazing chemistry from “The Ring General” and “The Blackheart of NXT.” He also added he loves to see a good chop and WALTER delivered, which caused him to rank that matchup exceptionally higher than the rest.

“My favorite moment was the face-to-face that I just told you about. I really like Sasha and Bianca staring at each other,” Dudley reiterated. “I love the story that was told without any story being told. As far as the match, WALTER versus Ciampa.”

You can watch Bubba Ray Dudley’s full interview here. If you use any of the quotes in this article, please credit WWE’s The Bump with a h/t to Wrestling Inc. for the transcription.