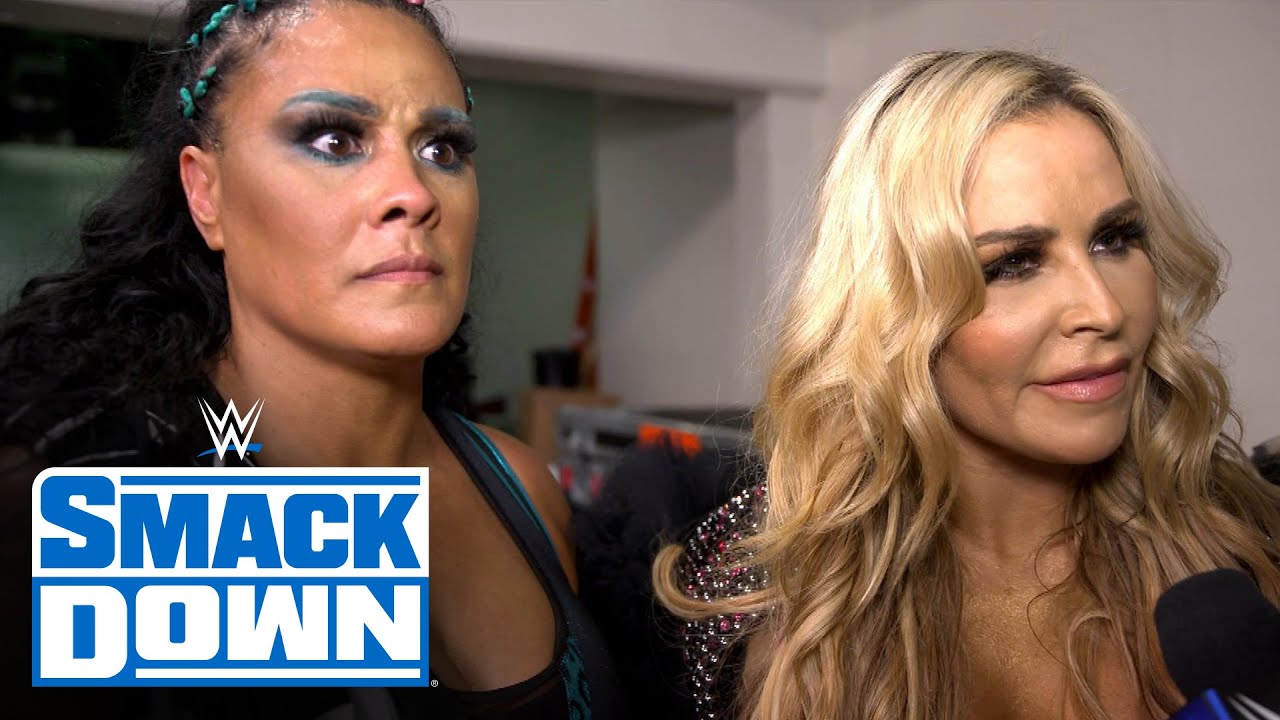 Sick and tired of being overlooked, Natalya and Tamina are on a mission to change the course as veterans in the WWE. On the latest episode of WWE’s The Bump, both women spoke about their partnership and what makes them gel so well together.

“I think for myself and Tamina why our partnership and our pairing was such a natural fit is because both of us have so much passion. But we also share that common bond of, you know, being sort of overlooked,” Natalya stated. “We’ve said it before, and I’ll say it again: We’re statement-makers, bone breakers and title takers. We’re not getting in the back of the line anymore.

“We’re literally pushing forward as far as we can the Women’s Evolution. Nobody can take their feet off the gas when it comes to the Women’s Evolution. Tamina and I are fighting tooth and nail for the women’s division but also for ourselves to have what’s rightfully ours. The time is now. It’s never been more important for us to prove exactly what we’re about than right now.”

On both nights of WrestleMania 37, Natalya and Tamina had definitive moments. Despite not coming out as the new Women’s Tag Team Champions, both women took home a memorable moment in their careers. Nattie says although it was an emotional weekend in general, especially seeing the fans for the first time in over a year, she says the most heartfelt moment for her was to see how fans praised Tamina’s efforts in their two matches over that historic weekend. Nattie is glad fans are starting to see the hard work Tamina has put into WWE for the last decade.

“Tamina has been in the shadows for over a decade. She’s so nice, so sweet and so humble,” Natalya complimented. “What I learned first hand is that being nice, sweet and humble does not get you ahead, especially in WWE.

“This moment for her at WrestleMania was a chance to prove to the entire world that she’s really…the dragon is alive and well. She was one of the top worldwide trends. People were rallying behind Tamina because her story is so relatable. Fans were cheering her name, and for me, that made me so emotional because some people go their whole lives without realizing their dreams, and I never wanted that to be Tamina’s case. The fact that people are looking at her and going, ‘Wow, she’s not only a contender, but this girl is also so worthy of being champion. And she’s so worthy of carrying the Women’s Evolution.’ Tamina is a diamond in the rough. She is the highest quality female performer in the WWE.”

Further on in their interview, Tamina was asked the same question on why her partnership with Natalya is so solid. In her opinion, Tamina thinks Natalya has a knack for this business, and since their alliance, she feels like she’s been elevated towards a new level. A level, she says, she’s never been on before.

“The great thing about Nattie is that she gets what growing up in this business means. She got me; that was the whole thing,” Tamina noted on why she believes their partnership is so solid. “She’s there all of the time. I feel like with me and Nattie, she’s had a couple of titles and knows how it is to be a champion. I don’t. I’ve never held a title. Yeah, I held the 24/7 Title for a couple of hours, but either way, I’ve never had that experience of holding a title.

“So, in this sense of me aligning myself with her, she’s the best wrestler we have. She can beat a guy, a beast, a woman; it doesn’t matter, you throw them in the ring with her, and she can outwork anybody. I’m not going to align myself with people who aren’t going to help me elevate to the next level, and that’s what she does for me.”

Another influencer not just to them but to other women in the WWE is Tyson Kidd. Before their interview concluded, Natalya mentioned how moving it is to see her husband inspire a new generation of talent.

“We talk a lot about cats and wrestling,” Natalya laughed. “But you know, it’s funny ’cause we’ve always been like that. Way before TJ was ever a producer, we both have a common love for WWE and pro wrestling. TJ is really a student of the game. If you ask him about any match from Bret Hart’s career, he can tell you the arena he wrestled in, or the time it was, or the feud he was in.

“It’s funny because I praised TJ in an interview, and I didn’t know it would go so viral. I was asked about TJ, and I said it was hard for TJ to have to walk away from his in-ring career. But I want people to know there’s hope because he’s making the biggest impact right now, and he’s not even competing in the ring. He’s influencing others. He’s able to influence another generation of talent in WWE with the men and women, but more particularly with the women. He is such a valuable resource.”

You can watch Natalya and Tamina’s full interview here. If you use any of the quotes in this article, please credit WWE’s The Bump with a h/t to Wrestling Inc. for the transcription.