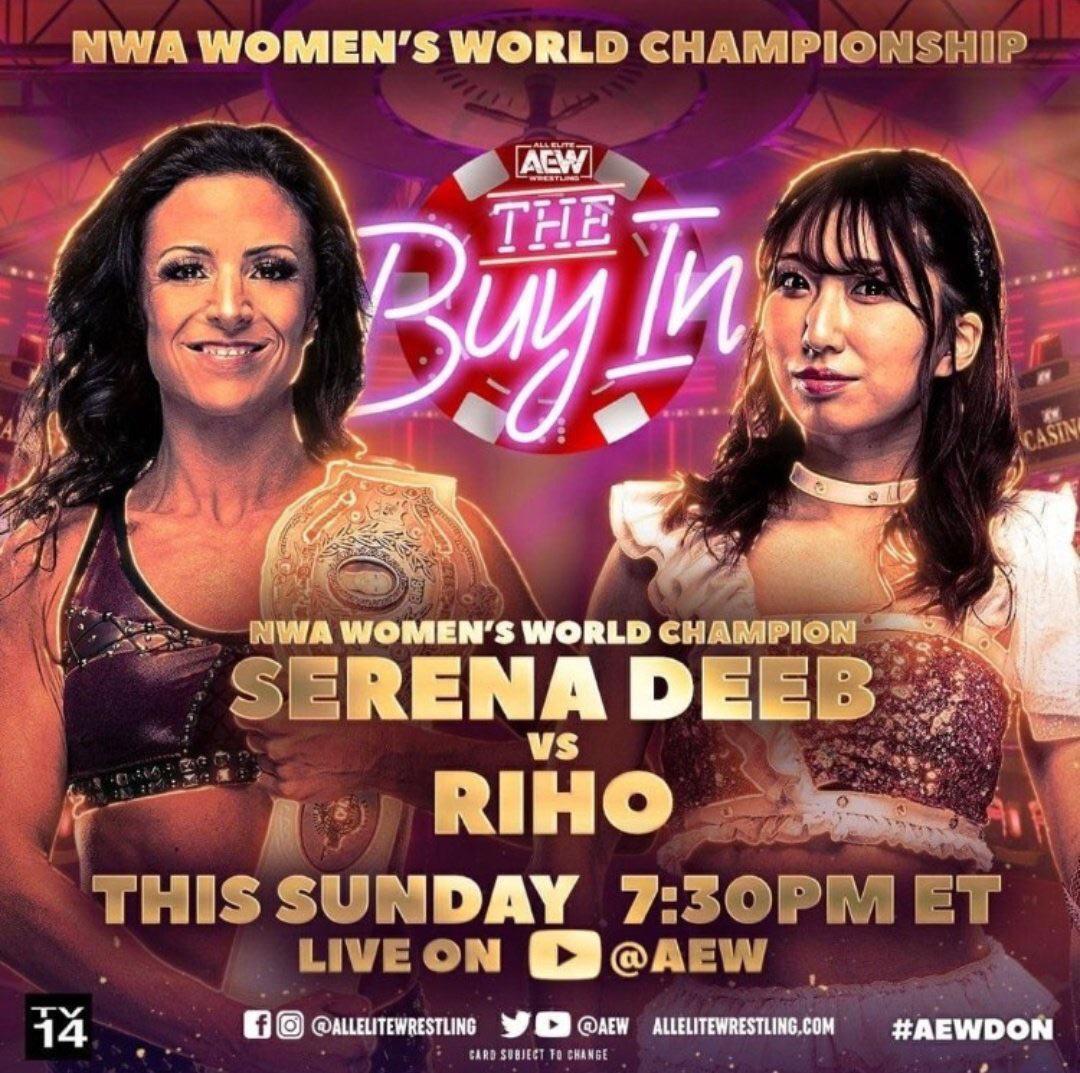 It appears the Buy In Match for AEW’s Double or Nothing PPV has been revealed by accident. AEW’s Italian commentator Salvatore Torrisi posted on his Instagram story earlier this morning a poster revealing Serena Deeb will defend her NWA Women’s World Championship against Riho.

This will be Deeb’s fifth defense of the title, all of which have come on AEW programming. Her most recent defense was on last week’s edition of AEW Dynamite, where she defeated Red Velvet. This match will also serve as a rematch from the first round of the AEW Women’s Eliminator tournament, where Riho defeated Deeb on the February 17 edition of Dynamite.

Not counting the Velvet match, this will also be the first major appearance for either Deeb or Riho since March. Deeb was sidelined for two months with a knee injury; it is believed she suffered the injury working against Riho. Meanwhile, the inaugural AEW Women’s World Champion disappeared from AEW programming after defeating Maki Itoh in the main event of the first ever episode of AEW Dark: Elevation. It was reported a few weeks ago that Riho had returned to Japan following the match.