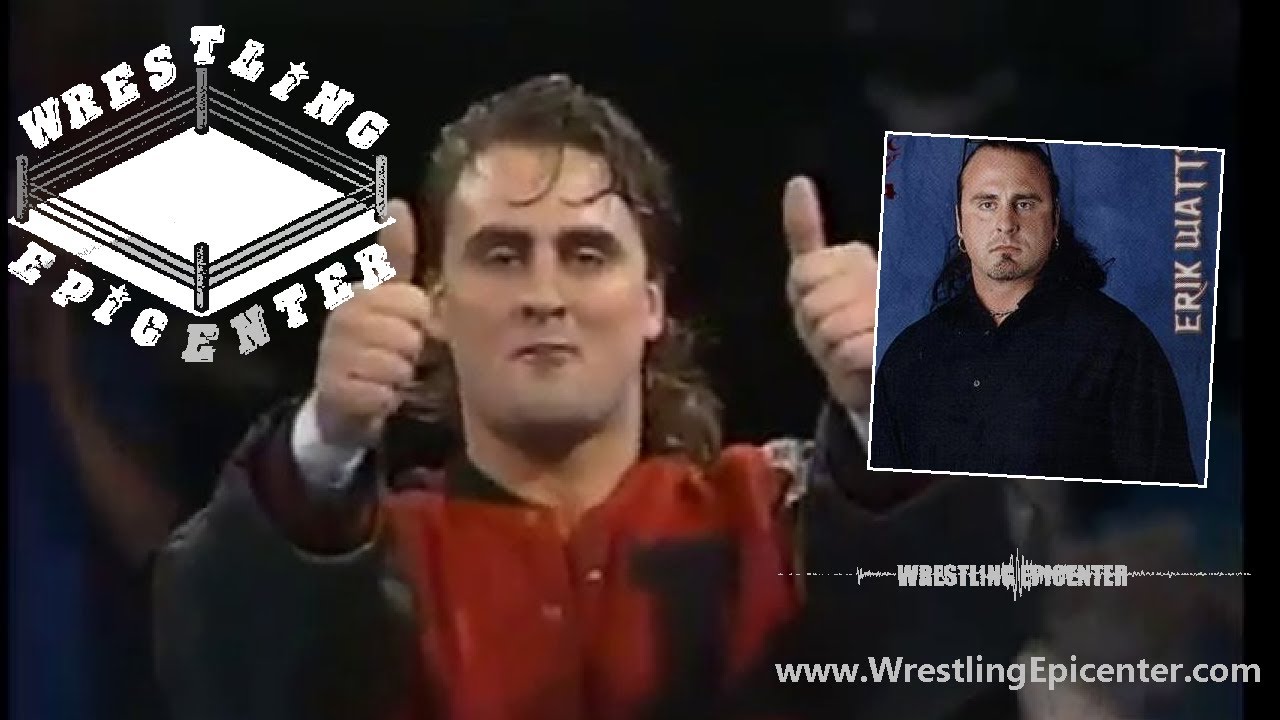 Former WWE, WCW and ECW star Erik Watts sat down with Wrestling Epicenter to talk about his career. Watts famously broke into WCW while his father, “Cowboy” Bill Watts was in charge of the promotion. “Cowboy” has received a lot of criticism for how he ran WCW during his brief tenure, but Watts offered up a defense of his father.

“Well let’s look at it this way,” Watts said. “I was raised in the business. The key word there that a lot of people seem to forget is ‘business.’ It isn’t just what you see or don’t see (on the TV show) but the financial success. So when my father came in, I forgot what they were losing. Something like $5,000,000 a year and had consecutively for 7 years. They were looking to not go out of business. ‘Cowboy’ Bill Watts comes in, father or no father, and he proceeds to, square one, break even. Ted Turner was blown away! They were like ‘can we turn this thing around in 3 years? 5 years?’ Year one, (he) broke even!”

Watts also tried to explain why his father made decisions such as taking away the mats at ringside or banning top rope moves. He believes “Cowboy” was trying to re-teach the WCW wrestlers the true art of the business.

“What people are talking about was his want to re-teach people of the true art of pro wrestling to where the opening match was 5 or 6 minutes, no one jumped off the top rope, no one outside of the ring,” Watts explained. “Just your basic good guy versus bad guy. It was basic because that is what you did to warm up the crowd! Lets just be honest, an epic movie is told a certain way. If Endgame started with the last scene, you wouldn’t sit around and watch after that. So when he came in, he said ‘I’ll tell you how I’m going to do it. I’ll pull the mats off the floor. No, you can’t fly on the same airline. No, you can’t share cars. No, you can’t share a dressing room.’ He just wanted to bring it back so everyone could just kind of breathe in.”

Watts also delved into the attitude of the WCW locker room at the time. He described many of the talents as spoiled, and told a story of one talent who celebrated only getting three bookings during a month.

“Well, you had a lot of new guys, like you said, who were starting to do things differently,” Watts said. “They were starting to call it in the back and not call it in the ring. And you had a lot of spoiled guys too. I’m not saying anything bad. I’m not! But, I’ve been around. I worked for WCW, WWE, TNA, ECW; guys in WCW were spoiled! They were! You had your contract and it didn’t matter if you wrestled one time or 30 times. So, I remember when you got the booking sheets , what told you what dates you were working, I remember guys were like ‘oh yes! I got 3 towns!’ And I was like ‘what are you talking about? I got 13 towns! That is awesome!’

“How was I ever going to learn if I wasn’t on the road? It was so reverse pathetic! But I was also the only guy on the road, and I don’t know if it ever happened again afterwards, I got a bonus in my contract if I worked more than 23 days in a month. So, when we would do the Twin Cities I would try and get booked on the Saturday morning show and then on Saturday night. If I could get two shows in on one day, I was the happiest guy you would ever see in your life! I wrestled over 305 events my first year.”

Watts left WCW in the summer of 1994, a year after his father quit the promotion. He would return to WCW in 1998, but the honeymoon was short lived to WCW, according to Watts, not liking his ring gear.

“I was having some success with speaking engagements and different business ventures but I went to WCW as long as I could do and dress how I wanted,” Watts said. “So, I went to a place called Hot Topic. I got some jeans with the zipper down the side. As a matter of fact, I was in the best shape of my life! So I don’t know why I chose to cover up some. But I wanted my jeans, my tight shirt, and I loved my boots from Tekno Team 2000. So, if you see some of those matches from WCW, you’ll see the last 0 at the bottom of them. So, I’m on board. I signed on. I’m excited! Bischoff’s excited. Everyone’s excited.

“Two shows in, I get a call. ‘Can you change your outfit?’ ‘After all of this?’ At this point, I’ve been to WWE. I’ve got myself in incredible shape. I’ve got my hair in a double ponytail. My glasses on, came out as a heel. I’m just having a freaking blast. And, that is your response? It was actually Dallas Page that called me. Eric asked Dallas to call me because he knew me and Dallas were tight. I said ‘I’ve got to be honest with you, I’m not changing s--t.’ He goes ‘bro! Bro! They love everything you’re doing.’ I said, ‘they don’t love everything I’m doing. I’m the one who designed the outfit, I’m the one who came up with the outfit. And, I’m the one wearing the outfit! That is what I’m doing! They’re not WWE. They didn’t design the costumes. They didn’t trademark anything. They didn’t do s--t. This is Erik Watts now!'”

In the end Watts revealed that the gear wound up being put to good use upon meeting the Hardy Boyz during a show he put together. Watts claims the Hardy’s loved his gear and used it as the inspiration for their own.

“I ran my own show for charity in Tulsa, Oklahoma,” Watts said. “I got some WCW guys, I got some other guys, and I called Vince McMahon himself. Everyone says Vince is impossible; he’s not. I got all the WWE guys I wanted. I do all the promotions to do the show. From Atlanta, Georgia, I flew in for one night only to do a show in Tulsa, Oklahoma. We did $38,000 in ticket sales. To the rafters! I brought back ‘Dr. Death’, Terry ‘Bam Bam’ Gordy, Michael Hayes, all these people! So, Vince goes ‘hey, I am going to send down some other people to get some work.’ I go ‘sure.’ Prince Albert with the nose ring comes down, nicest guy in the world. He says ‘E Watts! I have these two kids. Can they come and talk to you?’ I’m like ‘sure.’

“So, now I know there is something they want to talk about but I don’t know what the hell it is. So they go to me ‘sir, we have been taught not to steal moves or steal things. Would there be any way that you would allow us to use your outfits up in WWE?’ Bro, when I say I was laughing so hard. Listen, they’re not Matt and Jeff Hardy yet. They haven’t even blown up yet. But I’m thinking to myself that I didn’t give a s--t if they made it. I was just so happy. So, I was like ‘sure you can! I’ve got some more designs!” So they came out in the shirt and pants. That was all off my character! So I called Page one time and said ‘ask Bischoff what he thinks of the Hardy’s outfits, mother f***er!'”