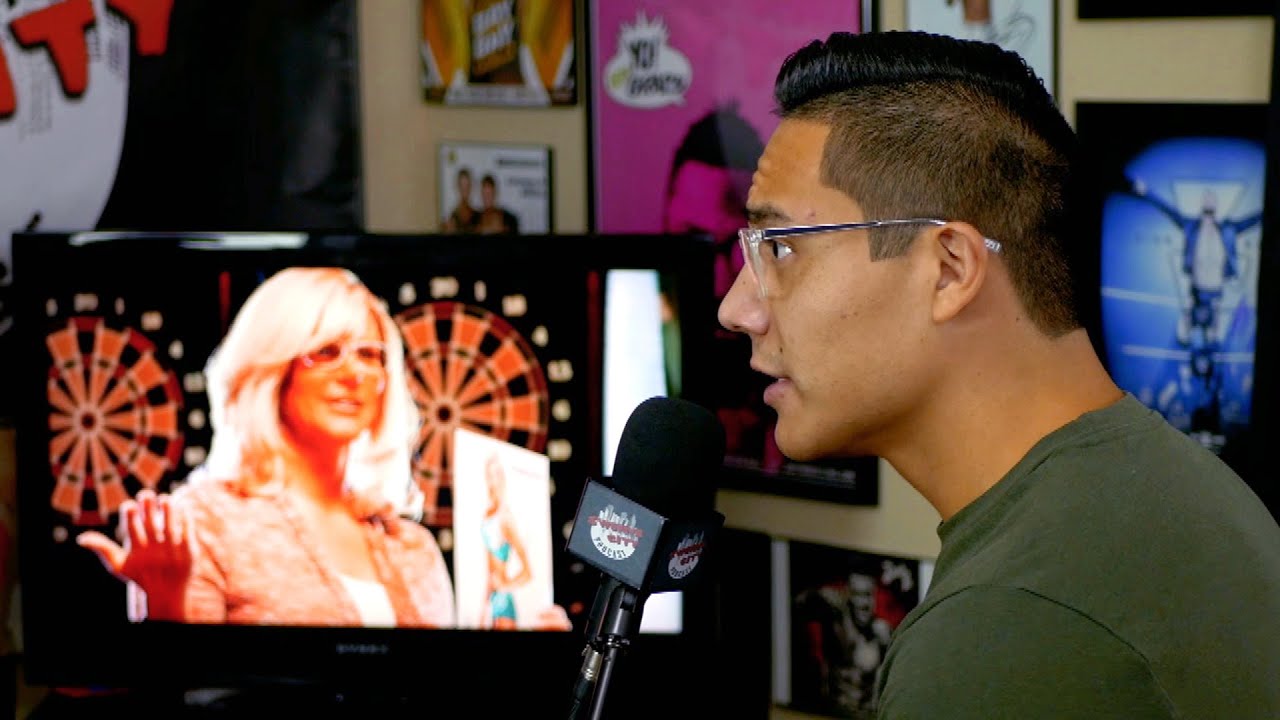 In honor of Pride Month starting, WWE has taken a moment to shed light on its performers who bring a vast and thrilling perspective on the LGBTQ+ community both in professional wrestling and outside of it. On the latest episode of WWE’s The Bump, high flying sensation Jake Atlas spoke with the panel about the gratitude he has for all the support he’s received from his and WWE’s social media accounts.

“I am so fulfilled! I’m really overwhelmed by the amount of support from the last 24 hours with seeing how open we’ve been about Pride and Pride Month,” Jake Atlas said with a smile. “Being able to be authentic and talk about my excitement for it, it makes me extremely happy!”

With wins over some of NXT’s rising stars, such as LA Knight and Cameron Grimes, Atlas only hopes more victories like these will place a stamp on becoming a household name in the company.

“I’m trying to get the attention of everyone. My ultimate goal is to become famous one day and become a household name,” Atlas mentioned. “If this is the step I have to take to make sure that I make that happen, then I’m going to make it happen. How do I become famous? By winning and becoming successful and gaining people’s attention. Hey, if I get the ‘Million Dollar Man’s’ attention as well, then so be it. I’ve been seeing on Twitter #MillionDollarAtlas. Bring it on!”

It seems his dream of becoming a household name is happening sooner than he thinks, especially with a new t-shirt, action figure and theme song out in his honor. Atlas expressed that without the praise he’s received from WWE and its fans, the young star wouldn’t be where he is today.

“To be able to be a WWE Superstar and actually check off boxes that I didn’t think were possible growing up, or even into my adulthood, it just felt so surreal to have the support and the backing of the WWE and WWE Universe to want to invest in me. If I’m having these accomplishments, then clearly, I’m doing something right, and I can be more proud of that,” Atlas replied.

Just before Atlas became the athlete we know him as today, the former prospect was first shown on a special edition of Celebrity Undercover Boss with WWE Chief Brand Officer Stephanie McMahon. In that episode, Atlas courageously revealed he wanted to become the first openly gay WWE Champion.

Because of that appearance, Atlas’ life would change for the better as he was offered a contract from WWE while also racking up a bigger platform for the LGBTQ+ community. During his interview, Atlas reflected on that moment and the profound effect it had on his career.

“I wasn’t an ‘out’ performer before I met Stephanie. Meeting Stephanie undercover and not knowing it was Stephanie was so much better and helpful in a way,” Atlas stated with a big chuckle. “I don’t know if I would have been able to talk to her if I knew it was Stephanie.

“Meeting Stephanie and coming out to her… I mean, I came out to one of the most powerful people in professional wrestling. [After filming] I was a mess, and I was crying, and she hugged me. But I took a moment to myself and said if I was able to have this conversation and be open and authentic, to again, one of the most powerful people in pro wrestling, then I can do anything that I set my mind to. I can be honest, I can be open, and I can be successful. I’m so grateful for that opportunity.”

A past spokesperson for the Be A Star campaign, Atlas hopes to return to that program to help others in need and shed light on experiences he has had to face before entering the business and beyond.

“Growing up, my story is a little bit different. I was both bullied, and I also was someone who was a bully. So, I feel like I can offer a different perspective to the Be A Star campaign,” Atlas honestly admitted. “I can give a reason as to why kids react a certain way and are maybe harmful and disrespectful in a way.

“I knew I wasn’t comfortable in my own skin. I knew at home I wasn’t receiving the support or attention that I needed to fully be myself and fully be authentic. It gives a perspective on how we can change and grow over time. That experience has shaped me into the man that I am today – to treat people with respect. That’s what I’m looking for in return. I can’t expect more than I’m willing to give. I think the Be A Star program is a great tool on how to teach kids to be that same way.”

You can watch Jake Atlas’ full interview here. If you use any of the quotes in this article, please credit WWE’s The Bump with a h/t to Wrestling Inc. for the transcription.