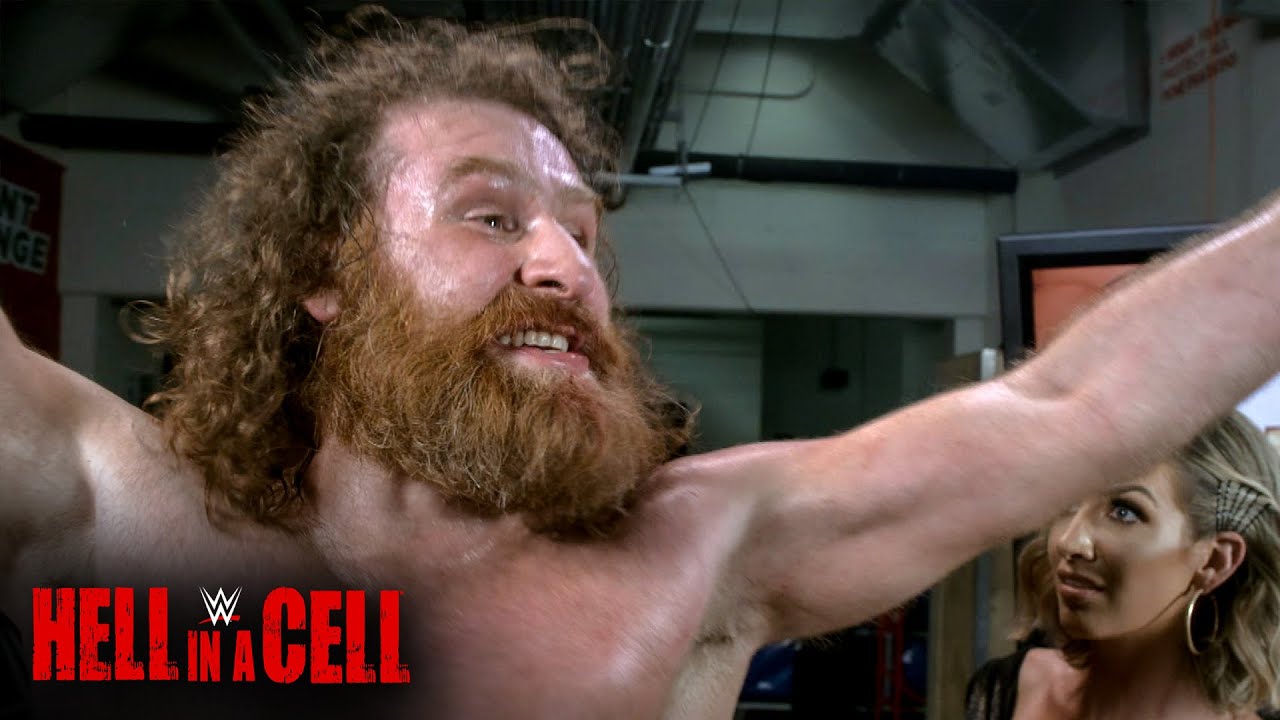 After seeking karmic justice over Kevin Owens this past Sunday at Hell In A Cell, Sami Zayn came on WWE’s The Bump to celebrate his newfound look on life and where he goes from here. He began his interview by talking about how this win was one of the greatest victories he has ever pulled off since their bad blood feud began in WWE in 2014.

“To put it mildly, things haven’t gone my way. After injustice was being directed my way, it doesn’t matter who you are at a certain point you reach the point of despair; I was dangerously close to that,” Sami Zayn noted on why this HIAC victory means so much to him. “When I needed it most, the universe showed me the way, and I defeated Kevin Owens, and he got everything that he deserved. It’s beautiful [he says while chuckling].”

Now that Zayn got the victory he’s been wanting for quite some time now, the next question everyone had for him on the panel is if this rivalry with Owens is officially over. For Zayn, he doesn’t see an end in sight just yet.

Following their hard-fought clashing, Owens announced via social media that he is going to take some time off from wrestling. Panelist Matt Camp asked Zayn if karma had anything to do with Owens’ temporary departure.

“Yeah. I definitely believe that! First of all, what happened in the match between he and I was not a result of the Nigerian Nail he took a couple of weeks ago. I injured his shoulder. If you watch the match back, there’s a specific moment there where his shoulder gives out, and he’s fighting half the match with one arm. That was me. Don’t give the credit to Commander Azeez,” Zayn stated sternly.

“It was a hard-fought victory, and I take full credit…I punched him in the face; he punched me in the face, and the better man came out on top. If he needs a break, that’s not my problem. Just stay the hell away from me.”

You can watch Sami Zayn’s full interview here. If you use any of the quotes in this article, please credit WWE’s The Bump with a h/t to Wrestling Inc. for the transcription.