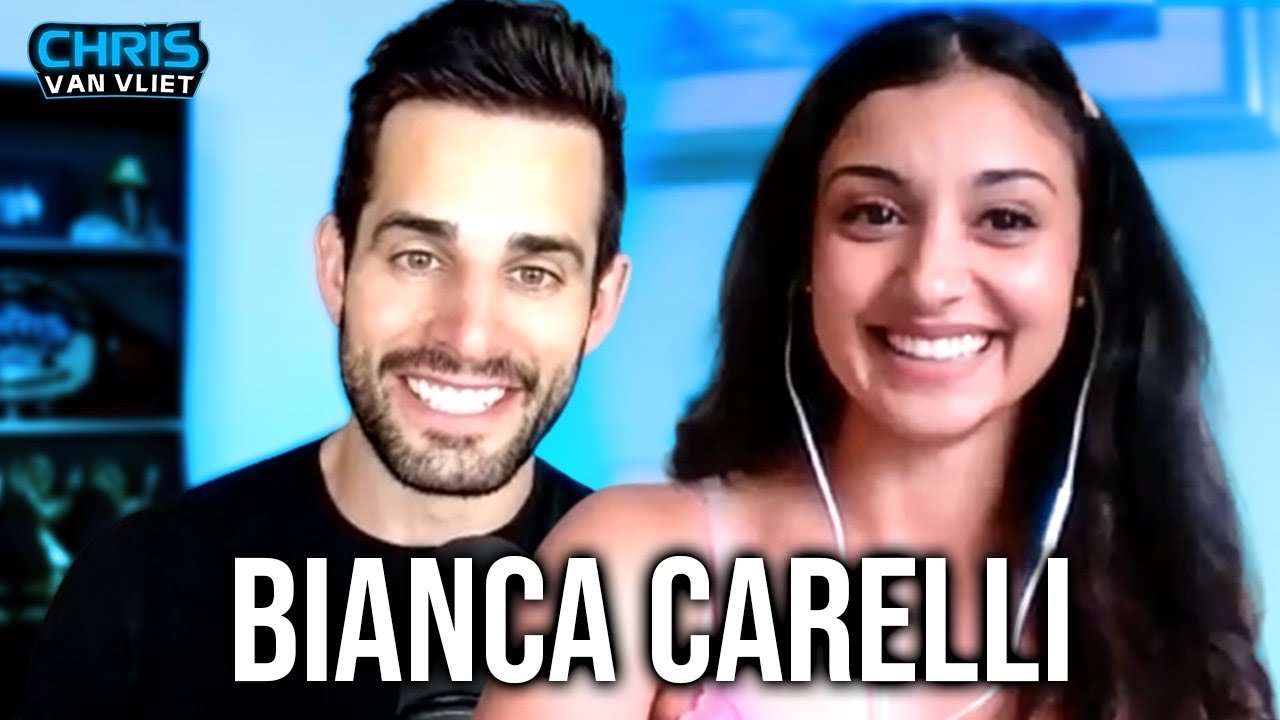 Bianca Carelli, daughter of former WWE star Santino Marella, sat down with Chris Van Vliet to talk about her budding wrestling career. Carelli told Van Vliet that she initially wanted to pursue a career as a brain surgeon. The time that went into that however made her second guess.

“I wanted to be a brain surgeon,” Carelli revealed. “I was doing a medical science degree with a major in neuroscience, and I was very interested in it. But then I started thinking more about real life, I was 19 at the time. I was thinking about the hours you put in and the stress. How would that balance with family life and would I be okay with the stress of that? Yes I can put in the work, but am I going to enjoy my life? Time flies by and you only have one life. I want to spend that enjoying the moments. I don’t want to be 24 hours on call and seeing some very sad things. It didn’t fit with me.”

Carelli transitioned from the medical field into a career in wrestling. She described both careers as being similar in how much work needs to be put into both.

“I mean they do seem different in theory but they are very similar,” Carelli said. “Anything you want to do, you need to put full effort in and you need to be disciplined. Reading your textbooks, meeting the deadlines and having that discipline carries over into the gym. You wake up, get the workouts done and have the meals planned. If cardio is weaker, I need to do more drills. There is repetition involved and lots of practice. It just comes down to how much energy you want to invest into it.”

Carelli was then asked when she knew her father, a former WWE Intercontinental Champion, was actually famous. She described an experience of running into a fan with Marella while they were in a mall in Canada.

“I actually have a specific memory,” Carelli said. “I lived in Milton, Ontario for a few years of my childhood, like 12 to 16. My dad got a place nearby in Milton too. One day he picks me up and we go to the Milton mall, which is the smallest mall ever. So we were walking through the mall and someone yells ‘Santino! Santino!’ I was like ‘him? My dad? Someone recognized you?’ It was the first time that someone had recognized him and it was in a small place too, which was weird. It was cool but after a while I was like ‘I want my dad back.’ That started happening more often. I get that it comes with the business. You have to make time for the fans. It took some getting used to but it was cool.”

Despite being Canadian, Marella was best known for playing an Italian on WWE TV. Carelli described it as weird to see her father use a different accent on TV, but that he was so funny with it that it worked.

“That’s a very weird thing because you expect him to speak and for this accent to come out,” Carelli said. “But it’s just regular Anthony from Mississauga, Canada. He would always take pride in saying he was from Mississauga. For him it was always about being from Canada. We love Canada, and to be a Canadian that is proud to be Canadian where no one knows your Canadian is kind of strange. My dad has always done accents around the house. Just being very strange and very funny. He definitely had that accent in his back pocket, but it wasn’t polished. When I hear it I think it’s hilarious. He was definitely put on the spot with that one.”

For a brief period of time Marella also played his “sister”, Santina Marella, in disguise. Carelli told a story of her and her friend walking into Marella’s room once and finding his Santina outfit there.

“Honestly all I remember is I was having a sleepover when I was 9 or 10,” Carelli recalled. “I went into my dad’s room. I looked at the floor and there was pink Converse, fishnets, a giant pink skirt and a corset. My friend goes ‘what is that?’ I go ‘oh it’s my dad.’ My friend was very confused as to why my dad would have giant women’s clothing. It was cool to see his acting, I must say I think he played a great woman. Not a pretty woman though. I definitely was surprised at first, I was like ‘what is he doing?’ But it was a great opportunity for him to show his diversity. My father really is a great entertainer.”

Van Vliet then asked how Marella felt about his daughter getting into the wrestling business. Carelli says he’s been supportive, largely she feels because of how happy wrestling made Marella.

“He was actually really supportive,” Carelli said. “I think it’s because we have these similar personalities. Basically, he figured that this was something that worked well for him and he loved. He felt like I would love this as well, because he really enjoyed it and wanted me to have the chance to experience it too. He knows how I can feed off a crowd and make people laugh. Also, he knew it would make me happy.”

Though she’s only wrestled for a few years, Carelli has been on WWE’s radar, having received a tryout with them a few years back. She talked glowingly about her two day experience training at the WWE Performance Center.

“So I’m not sure how everyone got selected,” Carelli said. “I believe my dad put forward some of the students at Battle Arts at the time. That was exciting, I knew for months. I was training and at that time I hadn’t had a lot of actual wrestling experience. I think I went into that try-out with 13 matches. But my psychology in the ring and my athleticism I felt was competitive. So you are planning your outfit, you are excited and you’re nervous. When I got there it was totally cool. It was breath-taking. As soon as you walk into the venue, it was just overwhelming. The brand recognition and the colors used. There was a lot of black and silver, darkness and red. It was a very intimidating marketing bombardment.

“It was really cool, it made you feel like you want to be a part of this. But it was only 2 days, so my biggest thing was I wish I had more time to show how much heart I have. I wanted to show my inner savage. I’ve only had 13 matches but I will fight and I will show my heart. I know that any chance I had to show what I got I did it. Obviously it wasn’t quite enough to get me there, but that did not discourage me.”

Ultimately Carelli wasn’t signed by WWE at the time. She revealed to Van Vliet what she was told to do following the tryout, and how the COVID-19 pandemic set her back to a degree.

“A lot of it was keep working and get more experience,” Carelli revealed. “I know my mic skills are pretty solid, it was really just the wrestling aspect of things. Just to get more comfortable with the wrestling aspect of things. Unfortunately though because of Coronavirus, that got put on pause for me, which was unfortunate. Last year, when Coronavirus hit, I had so many matches lined up. It was unfortunate that it happened, so I had to find other ways to improve. I studied my own matches, stayed in shape and thought of ways to rebrand myself.”

Thus far in her career Carelli has played a heel role. She prefers it due to it being easier to be unlikeable than likeable, as well as the fact that there’s more vulnerability as a babyface.

“So right now I come off as entitled, arrogant, rude, condescending, obnoxious, dramatic,” Carelli said. “I am a very dirty fighter, extremely unlikeable. It’s very fun for me, I thrive off of the boos. There were a few matches where I came out like a babyface, but you have to be a lot more vulnerable. But what if they don’t like me, it’s awkward. I think it’s easier to not be likeable than it is to be likeable.”

So what is Carelli’s ultimate goal? Though she says she wants to main event WrestleMania, her main objective right now is to work in Florida, for either of the major wrestling companies based down there.

“I want to be in Florida wrestling as a career,” Carelli said. “It would be nice to be with one of the major companies. I also want to do something that advocates for the environment, which is a huge passion of mine. It was trendy for a while but people stopped caring. I really want to work with children and inspire children. Of course I want to main event WrestleMania but I think every wrestler would say that.”

“It’s going to sound like a Nike ad but just do it!” Carelli said. “I tend to over think things too much. His thing is more don’t think about it, just do it. I tend to be more how do I do this thing if I don’t know how. I had to get over that. Now I just do that, if I mess up I do it again until I get it right. The same thing carries over into life. If I get knocked down 9 times I get up 10. Failures leads to successes.”