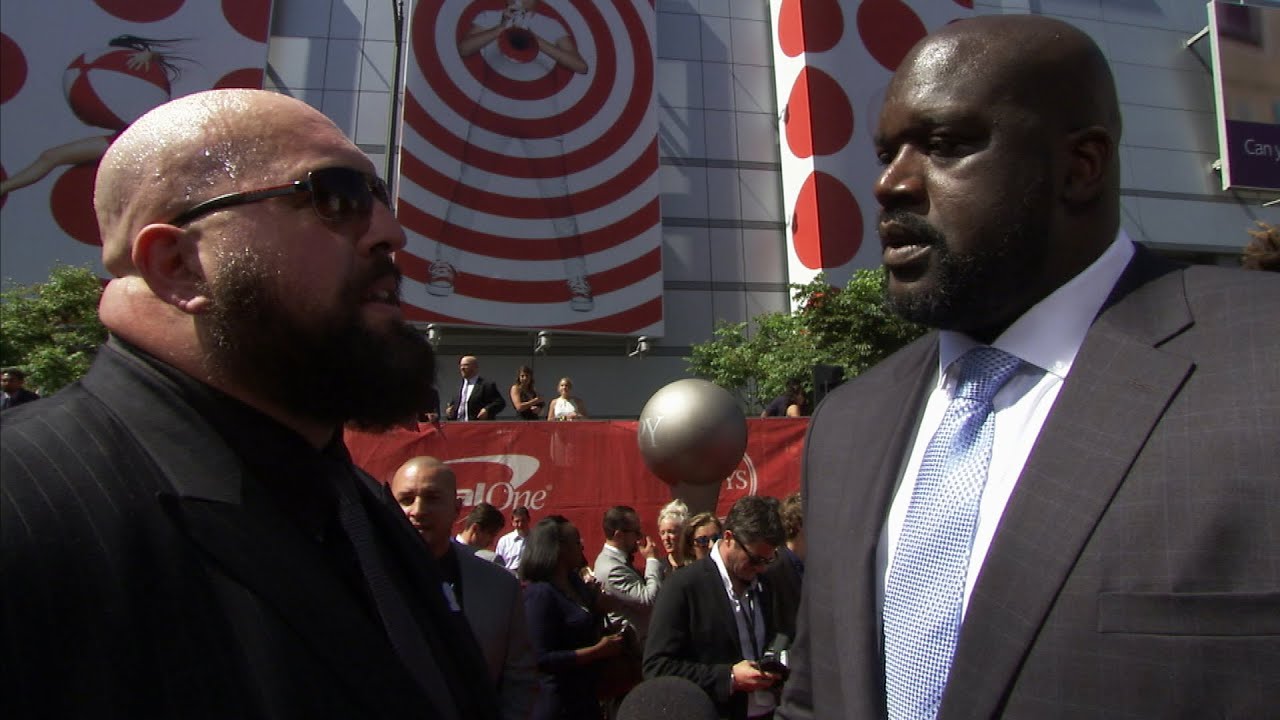 A match between NBA legend Shaquille O’Neal and Paul Wight [fka The Big Show] has been rumored for years. But aside from a brief encounter during the Andre The Giant Memorial Battle Royal at WrestleMania 32, the two giants have never truly locked horns inside the squared circle.

As reported earlier, Shaq told PopCulture.com in a recent interview that his match with Wight could happen “really, really soon” in AEW

“I hear Paul Wight is still talking trash,” O’Neal said. “So I’m going to work out really hard this summer and maybe we can do something really, really soon.”

Shaq added that nothing would prevent the match from happening this time around.

“There shouldn’t be any problems for us getting together now,” O’Neal said of his potential match with Wight. “Last time there was a lot of bureaucracy and red tape. Now there is no red tape. I’m still kind of sore from that table so I’m going to work out during the summer, pump these muscles up and I’ll be waiting for you, Mr. Paul.”

As seen in the tweet below, Wight has responded to Shaq’s comments.

I’m not hard to find. https://t.co/YLKFnWYZpd