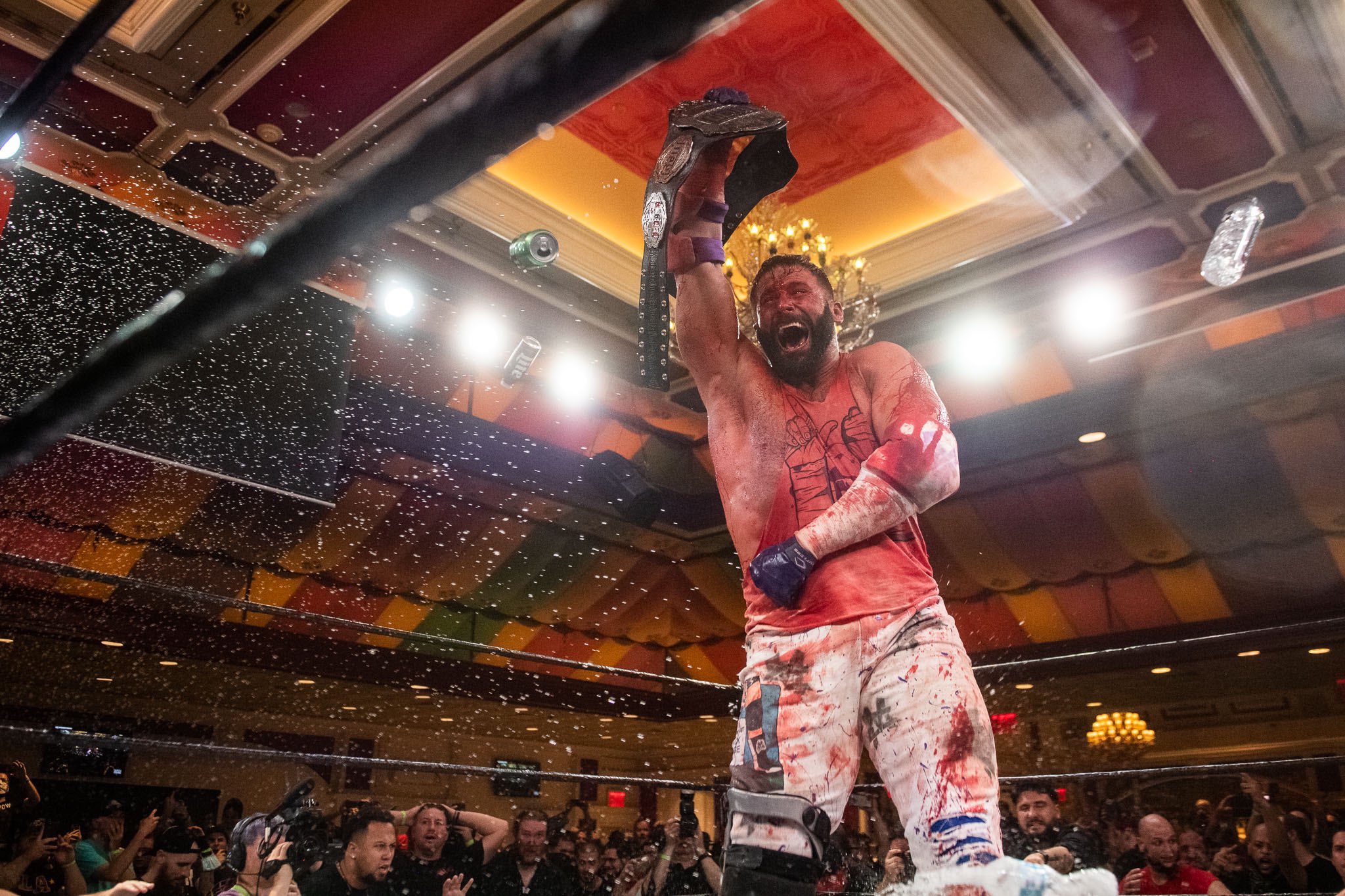 Impact Wrestling star Chelsea Green took to Twitter on Sunday to show off gruesome pictures of the injuries suffered by her fiancé, Matt Cardona, during his GCW World Championship match against Nick Gage.

Chelsea also shared photos of Cardona’s blood stains on the towels and sheets of their hotel room. It would appear from Chelsea’s tweet that she bandaged Cardona’s wounds and gashes.

I DID IT FOR THE GCW UNIVERSE!

As reported earlier, Cardona declared himself “The Face of GCW” in a backstage interview after his victory on Night 1 of GCW Homecoming on Saturday night.

“I’ve been scratching and clawing my entire f–king life, my entire f–king career,” Cardona said. “Did you really think I was scared of Nick Gage? Of course I was afraid of the violence, but I wasn’t afraid of the destruction that would happen in that ring. Look at my body. I’m covered in blood, I’m scarred up, but it was all worth it.”

I DID IT FOR THE GCW UNIVERSE! https://t.co/OhjUg6iEKw

Lol oh trust me, I did! Or they would’ve called the cops