Photos: Roman Reigns And His Wife Hit The Beach In Miami

WWE Universal Champion Roman Reigns and his wife of seven years, Galina Becker, were seen unwinding at a beach in Miami on Monday.

A TMZ photographer snapped the pictures. They can be seen below.

On last week’s WWE SmackDown, Reigns turned down John Cena’s challenge for a match at SummerSlam. However, Reigns did accept Finn Balor’s challenge during the closing segment of the show.

Reigns is still expected to face Cena at SummerSlam.

Meanwhile, there is also talk of Reigns potentially facing The Rock at next year’s WrestleMania 38, possibly in a tag team match also involving The Usos. Earlier this month, Andrew Zarian of the Mat Men podcast reported that The Rock will return at the 2021 Survivor Series pay-per-view to set up his program with Reigns.

In an update, The Rock shot down the reports and joked about teaming with his Jungle Cruise co-star Emily Blunt instead. 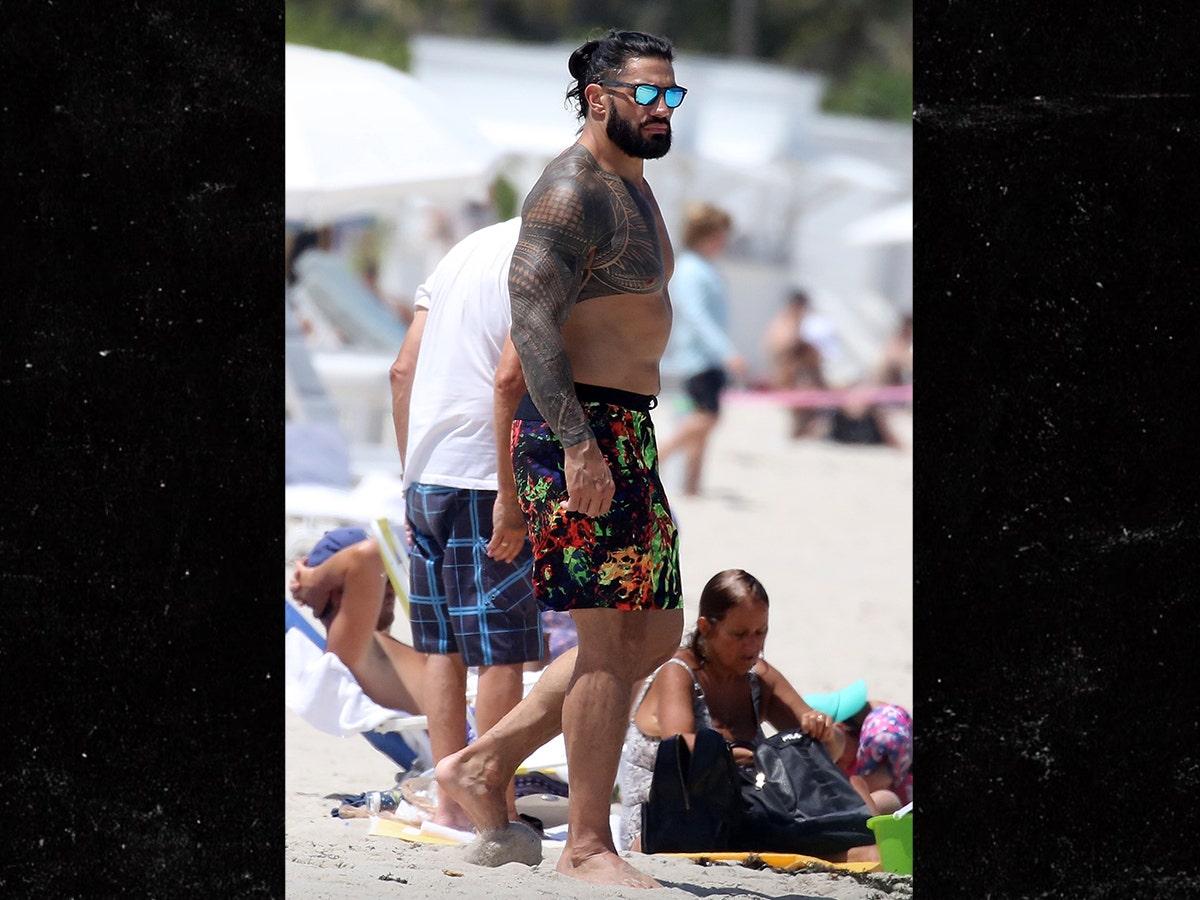 Have a news tip or correction? Send it to [email protected]inginc.com