Stipulation Added To Big Match On Next Week’s AEW Dynamite 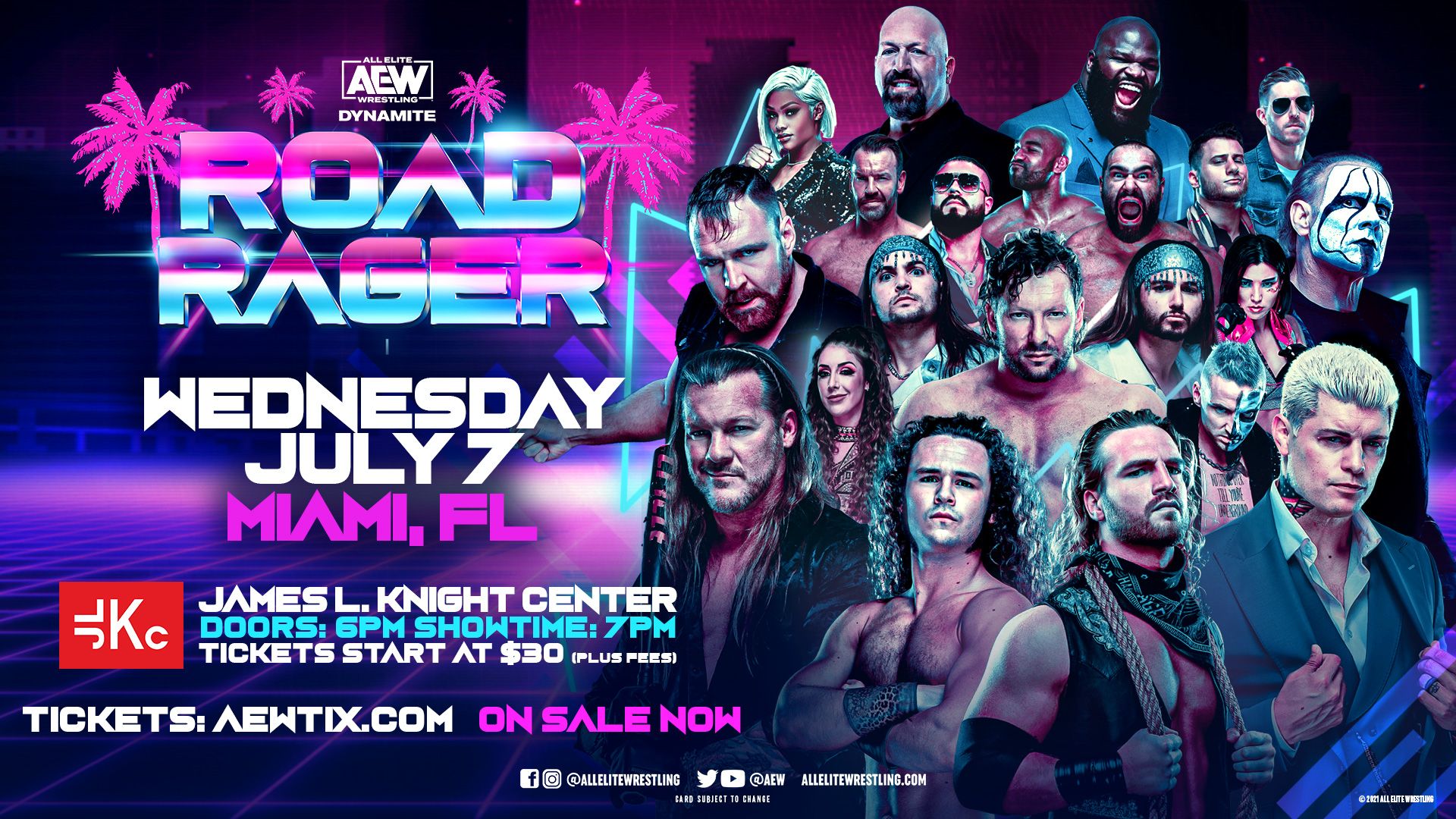 AEW Chairman Tony Khan has announced that next week’s AEW World Tag Team Championship match at AEW Dynamite: Road Rager will now be a Street Fight. The Young Bucks will defend their titles against the team of Eddie Kingston and Penta El Zero Miedo.

Kingston and Penta earned their title shot by defeating The Bucks in a non-title match on this week’s episode of Dynamite. The match ended after Brandon Cutler mistakenly sprayed Matt Jackson in the face with cold spray, allowing Penta and Kingston to finish Matt for the pin fall victory.

Besides the tag team title bout, several other matches are confirmed for Road Rager, the first AEW show on the road in over 16 months.

Below is the updated lineup for the show at the James L. Knight Center in Miami, Florida:

* MJF to announce stipulations for Chris Jericho to get through to have a match with MJF. If they have a match and Jericho loses, he has to leave MJF alone forever

* Jake Hager, Santana, and Ortiz with Konnan vs. Wardlow and FTR with Tully Blanchard

* Kris Statlander and Orange Cassidy vs. The Bunny and The Blade

AEW GM @TonyKhan has just declared that the World Tag Team Title match at #RoadRager THIS Wednesday in Miami will be a STREET FIGHT! It promises to be an epic title fight Wednesday on #AEWDynamite @PENTAELZEROM+@MadKing1981 vs. @youngbucks at 8/7c on TNT! https://t.co/UN1cNj1kQq pic.twitter.com/3jgCGHvlI9