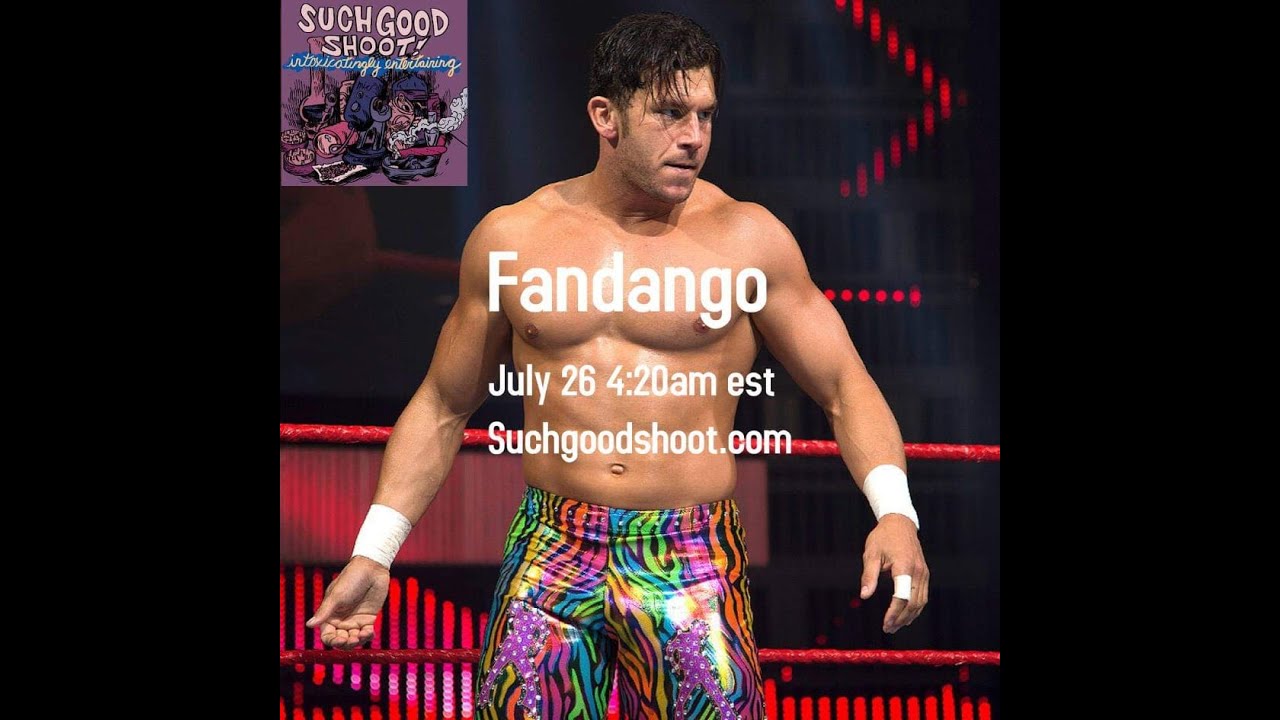 During his initial breakthrough into WWE, Fandango worked a WrestleMania match against Chris Jericho, from which he emerged victorious. In an appearance on Such Good Shoot, Fandango recalled the feud, some animosity between him and Jericho and understanding why the current AEW star felt the way he did.

“I understand Chris’s animosity, his legacy and how much pride he has and the years he’s put in,” Fandango said. “Chris is one of the reasons why I wanted to become a professional wrestler after he debuted WWF. That was around the time I was training. We were huge Chris Jericho fans and the whole conspiracy s--t, all of you guys in wrestling school at the time loved Chris. So he was a big reason why I wanted to be a wrestler.

“So working first major program with him, you know, obviously, you’re nervous, you’re intimidated. And I didn’t want to be a fucking dancer. But I knew that you got to make the best of it. So if I was him I probably wouldn’t be too excited about it too. Maybe he was told he was gonna work someone else which I could see him being pissed off.”

Fandango also discussed learning to dance prior to taking on the Fandango character. In hindsight that may have been part of the problem, as Vince was more focused on Fandango being a dancer than a wrestler.

“It’s like wrestling,” Fandango said of learning to dance. “They sent me to dance school for like a month so that I can, you know, just barely be good enough to be passable. But I remember being super nervous about the routine and like f**king it up and but once that was over, I was cool. And yeah, I remember that wrestling match. He just wanted Chris to beat the s**t out of me for like five minutes. They gave us too much time. So the way that it was supposed to be I think was like Chris just beats the s**t out of me. And I rolled them up out of nowhere. So it was supposed to be like the biggest upset. But I think they gave us like 10 minutes. So it was way too much time for what Vince wanted, I think. And and Vince didn’t want me to wrestle. That was the whole thing. Yeah, he just wanted me to be a dancer.

“It was a weird situation that I think we pulled it off as good as we could, you know? In retrospect, it’s a lesson learned for any young talent out there that’s listening, don’t rely on what’s getting over now. Think about what I can do next to guys, you know, and I didn’t do that. So that’s why you kind of you just assume that they’re gonna keep writing s--t for you because you’re getting traction. But unless you create a good rapport with the boss and the writing team, you’re always coming up with new ideas and pitching stuff and, you know, being proactive about your character. Unless you’re that tippy top guy like Roman Reigns, you know, you’re gonna kind of go into no man’s land. And that’s kind of what happened to me, because I was just riding riding the wave, you know? So look at what Chris would do. Chris was always evolving, and come on coming up with different different stuff, you know, new characters twists on his character. And I kind of felt stuck with that character.”

Fandango also revealed he would love to wrestle in Japan following his WWE release. He also expressed interest in working for Impact, where several of his friends currently wrestle.

“You know, I’ve always want to go Japan,” Fandango said. “It’s been one of my dreams. And, you know, wrestle some, some of my buddies I haven’t seen in a while. I’m really close with the good brothers and Keith and Rhyno. Just about everyone in TNA Myers and Ryder. They get they got a good roster down there.”

Fandango also touched upon the subject of his release, describing the whole thing as a shocking situation. While he doesn’t see it as a sign that Vince McMahon may sell WWE, as some rumors suggest, he also wouldn’t be shocked by it either.

“Yeah that was tough man,” Fandango said. “I remember going ‘why did they fired like, everybody?’ I’d been in the company for a long time. I’ve never seen them gut talent and just departments. And they’re just cleaning house right now. So I don’t know. I don’t know what the future entails. I just don’t see Vince, I don’t see been selling his baby, man. I don’t know. The older I get, the more I realized I don’t know as much as I think.”