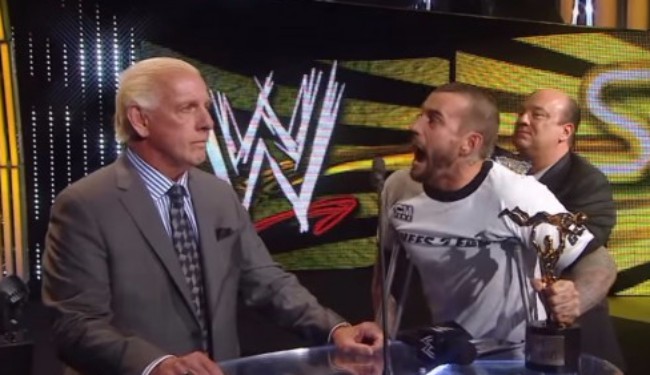 During tonight’s AEW Dynamite, Flair tweeted Punk, noting he wants a word with him over one of his monikers.

“CM Punk, we need to talk about BEST IN THE WORLD!!!” Flair wrote.

Earlier this month, Flair teased getting in the squared circle once again, mentioning how he’ll “never retire.” This comes on the heels of Flair’s WWE release, which he personally requested, as exclusively reported by Wrestling Inc.

Reports have also circulated that Flair joining AEW “seems to be a lock” whenever he’s legally able to join. The 16-time world champion made his first post-WWE appearance at AAA’s TripleMania XXIX two weeks ago, accompanying son-in-law Andrade El Idolo to the ring ahead of his match with AAA Mega Champion Kenny Omega.

If Flair does sign with AEW, there’s no telling what capacity the company intends to use him in. The 72-year-old Flair’s last match was in 2011, after the WWE Hall of Famer came out of retirement to compete in TNA.

@CMPunk, We Need To Talk About BEST IN THE WORLD!!!